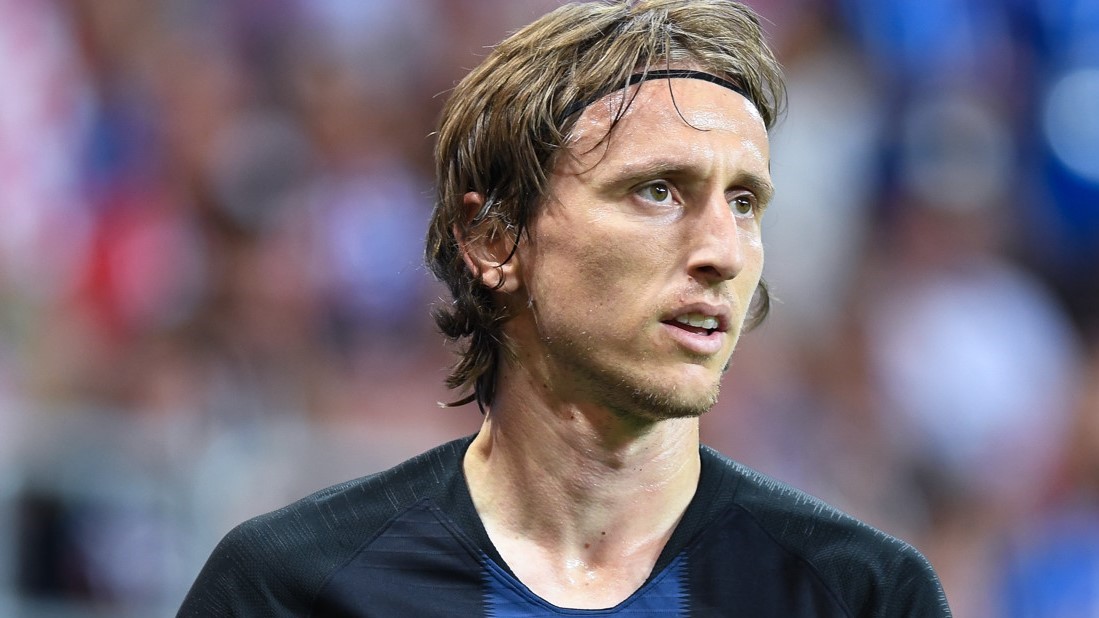 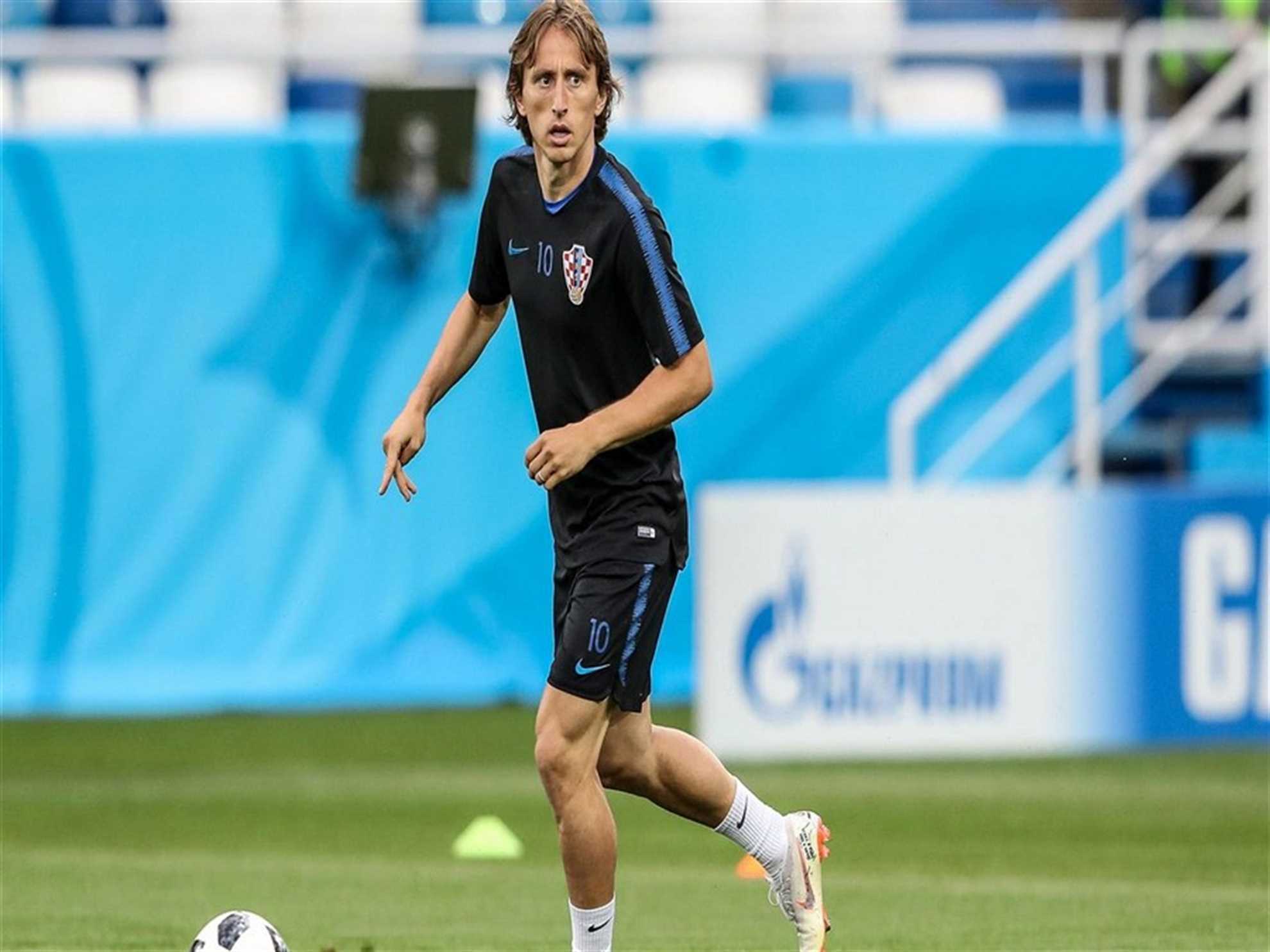 Luka Modric is the first Croatian football player who won this most prestigious football award. Moreover, he is the one who broke the reign of Cristiano Ronaldo and Lionel Messi winning this award since 2007.

Luka Modrić is one of the best midfielders in the world, at the moment playing with Real Madrid and captain of Croatia national football team He won Championship League title, the third time in a row with Real Madrid. Luka Modric was named also The Best Men's Player in 2018 by Fifa. 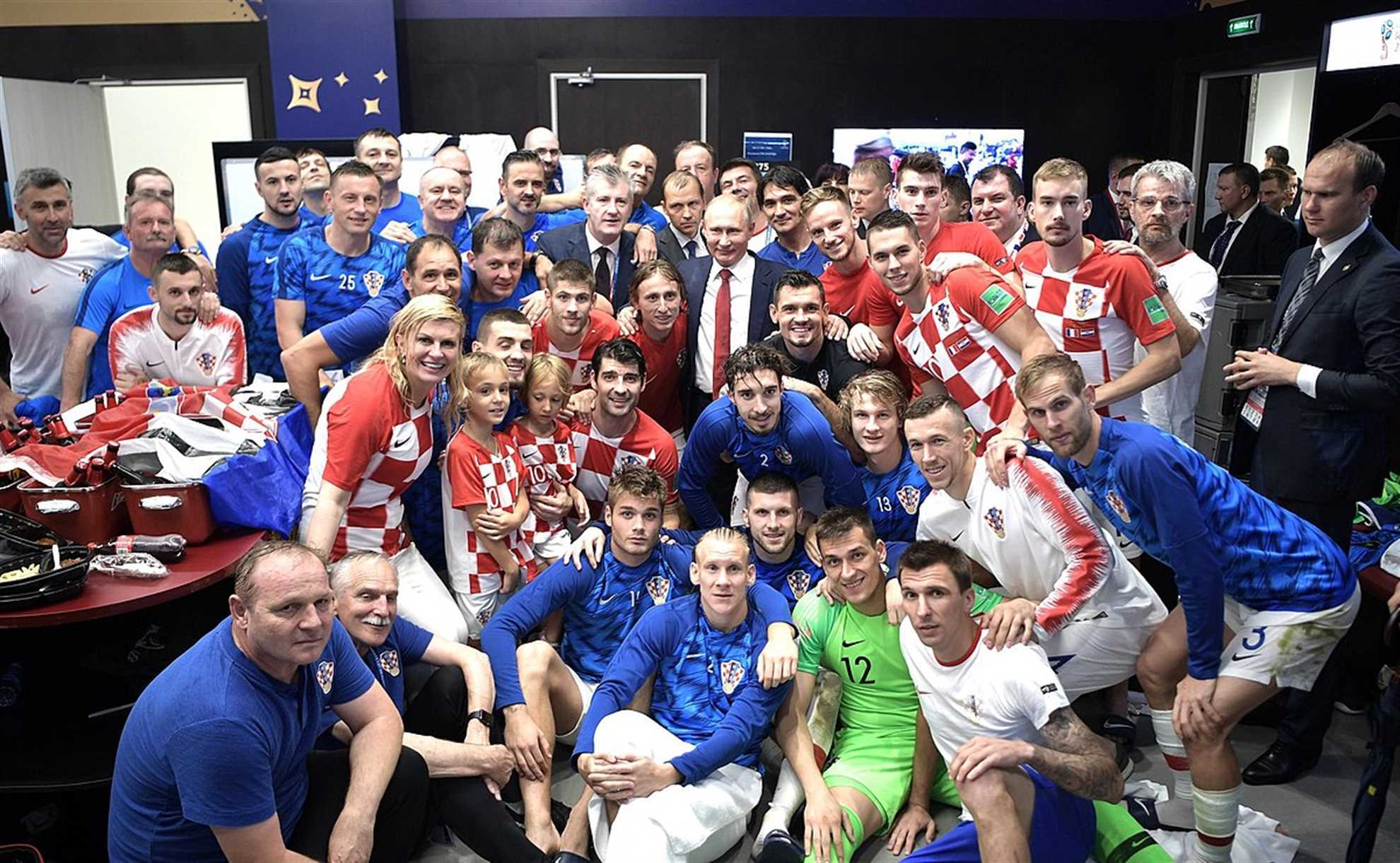 The Croatia National Team won the second best place in the World Cup under Luka Modric captain’s leadership and Luka was named The Player of the World Cup. 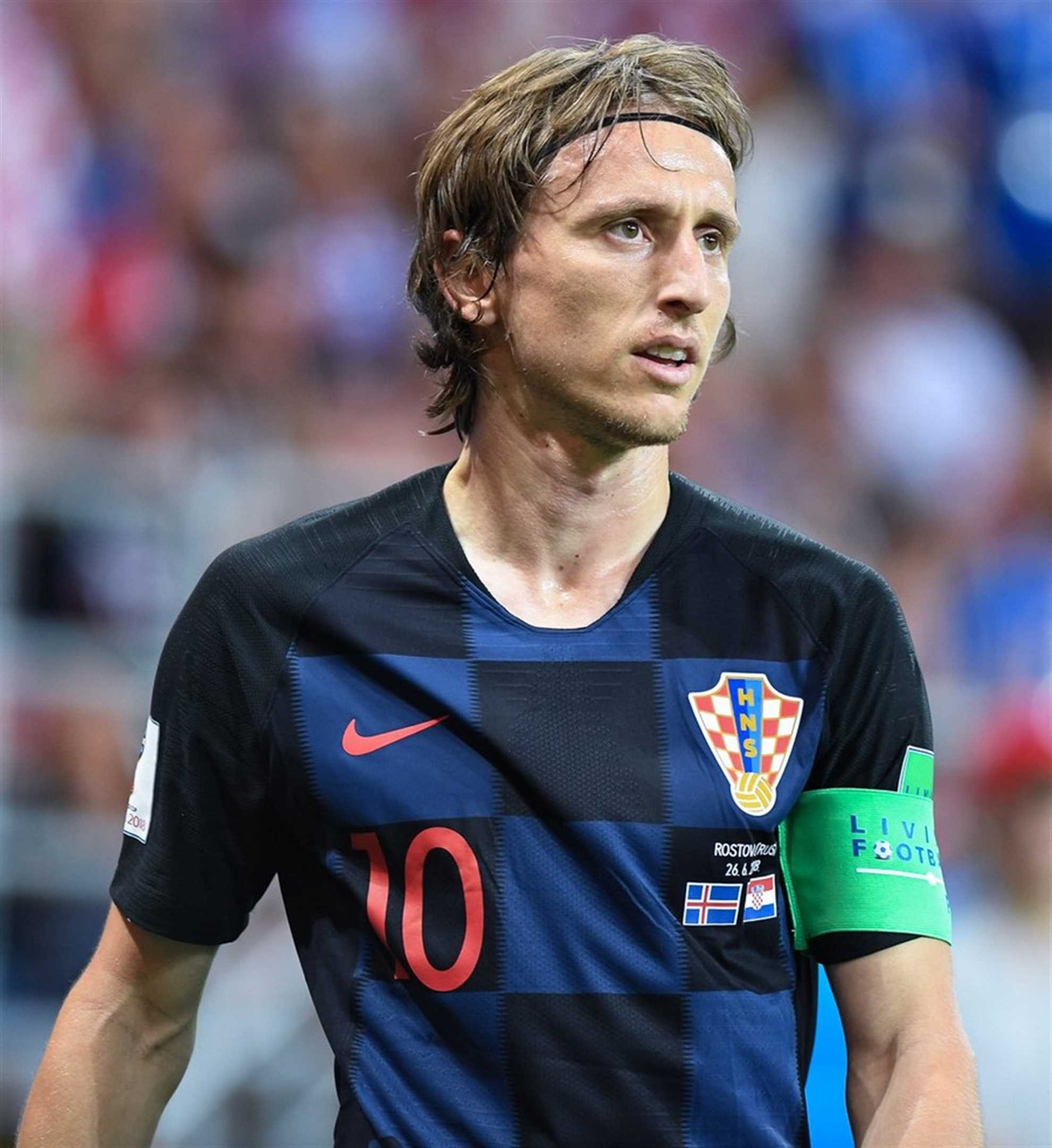 After the 2018 Ballon d'Or award ceremony that was held in Paris 3rd December, all the biggest worlds media were reporting about great accomplishments of Luka Modric.

The most retweeted news about Luka Modric 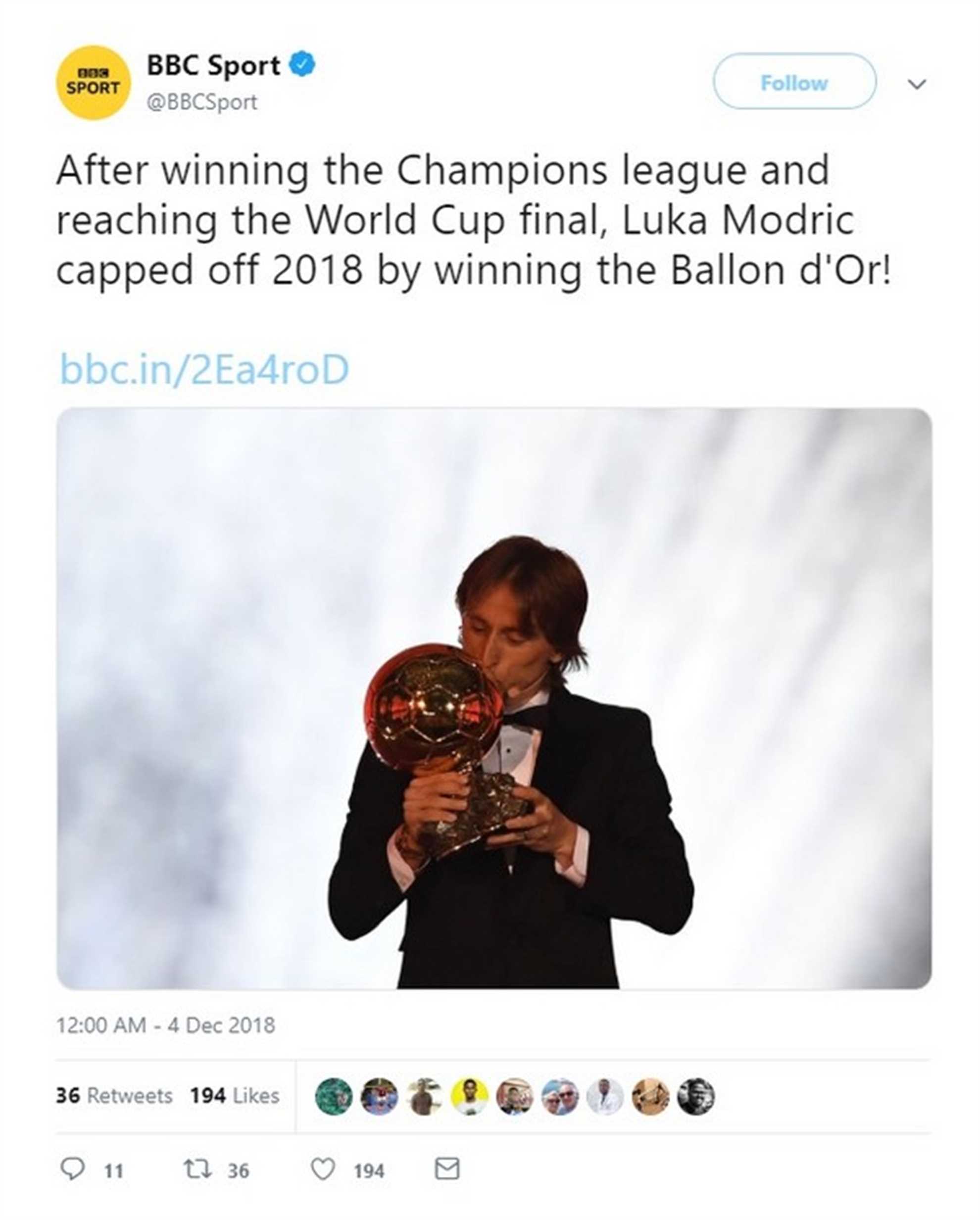 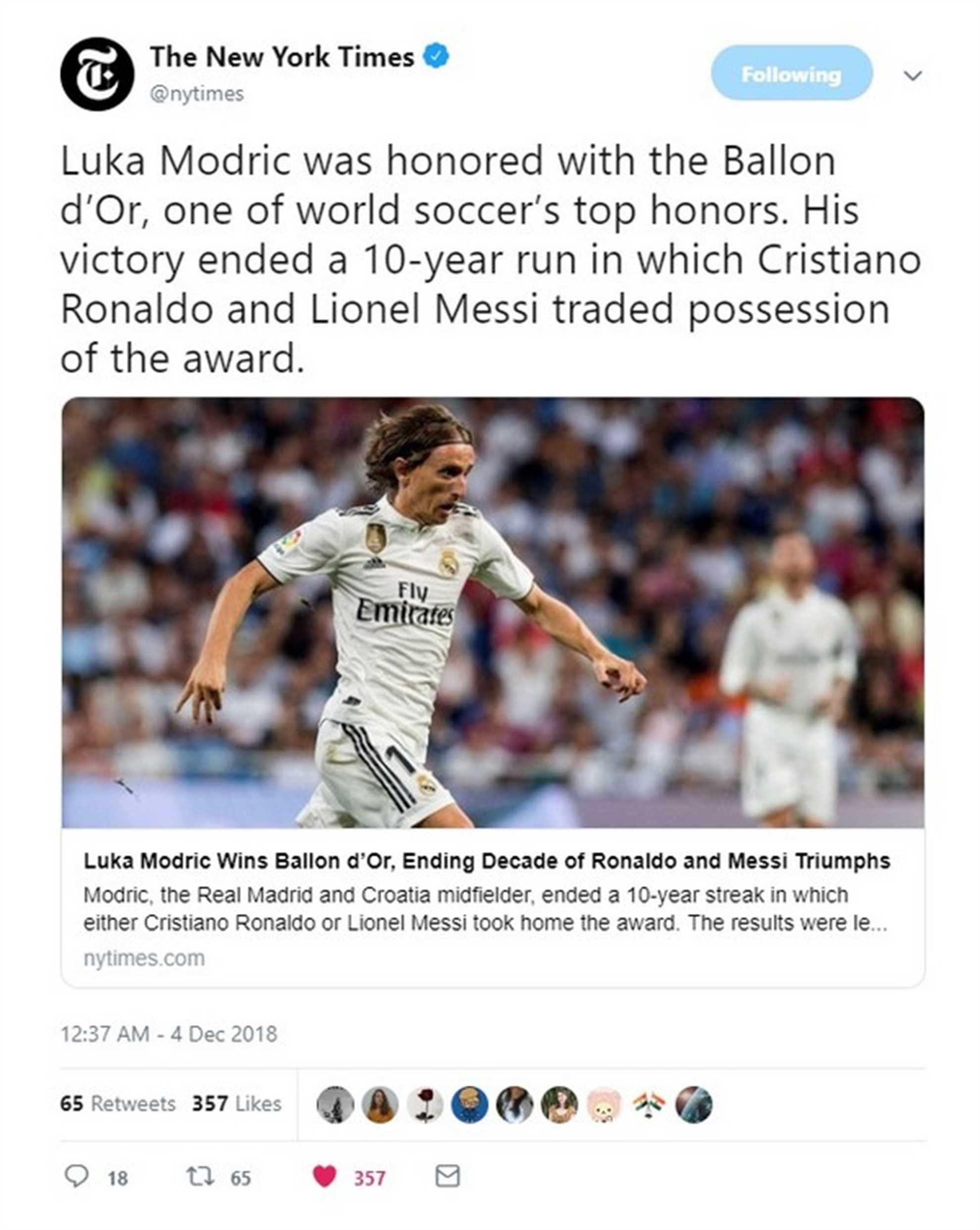 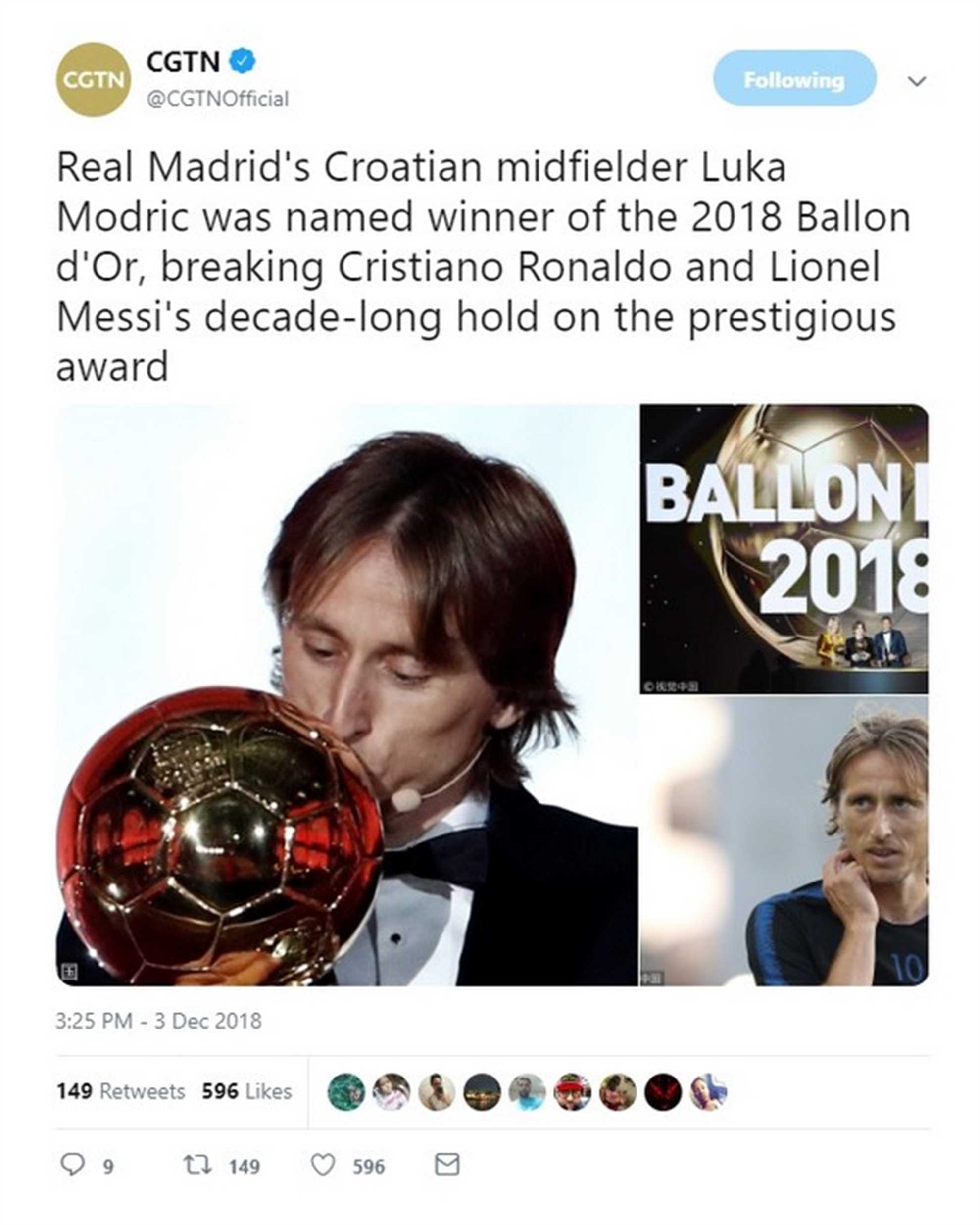 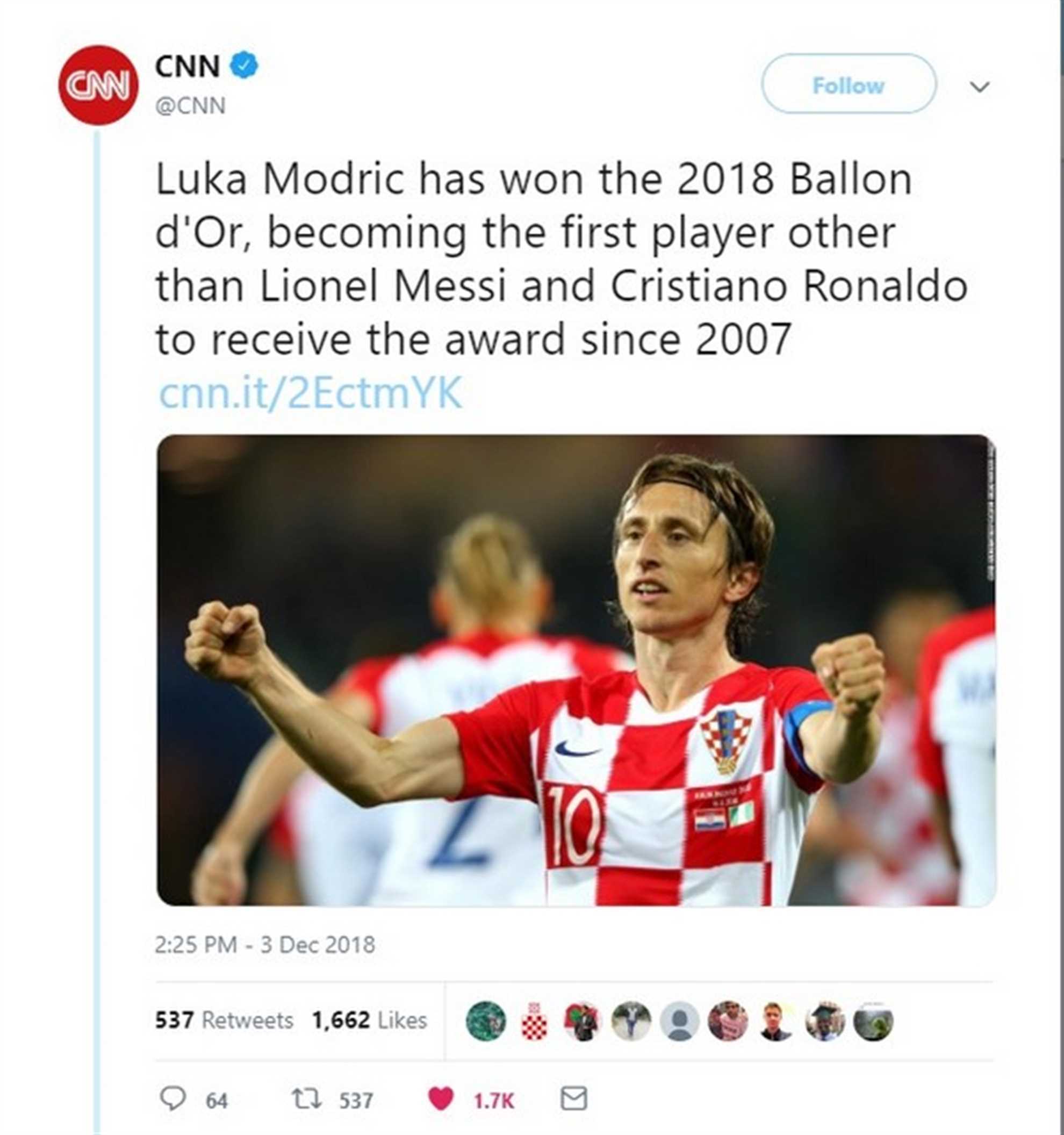 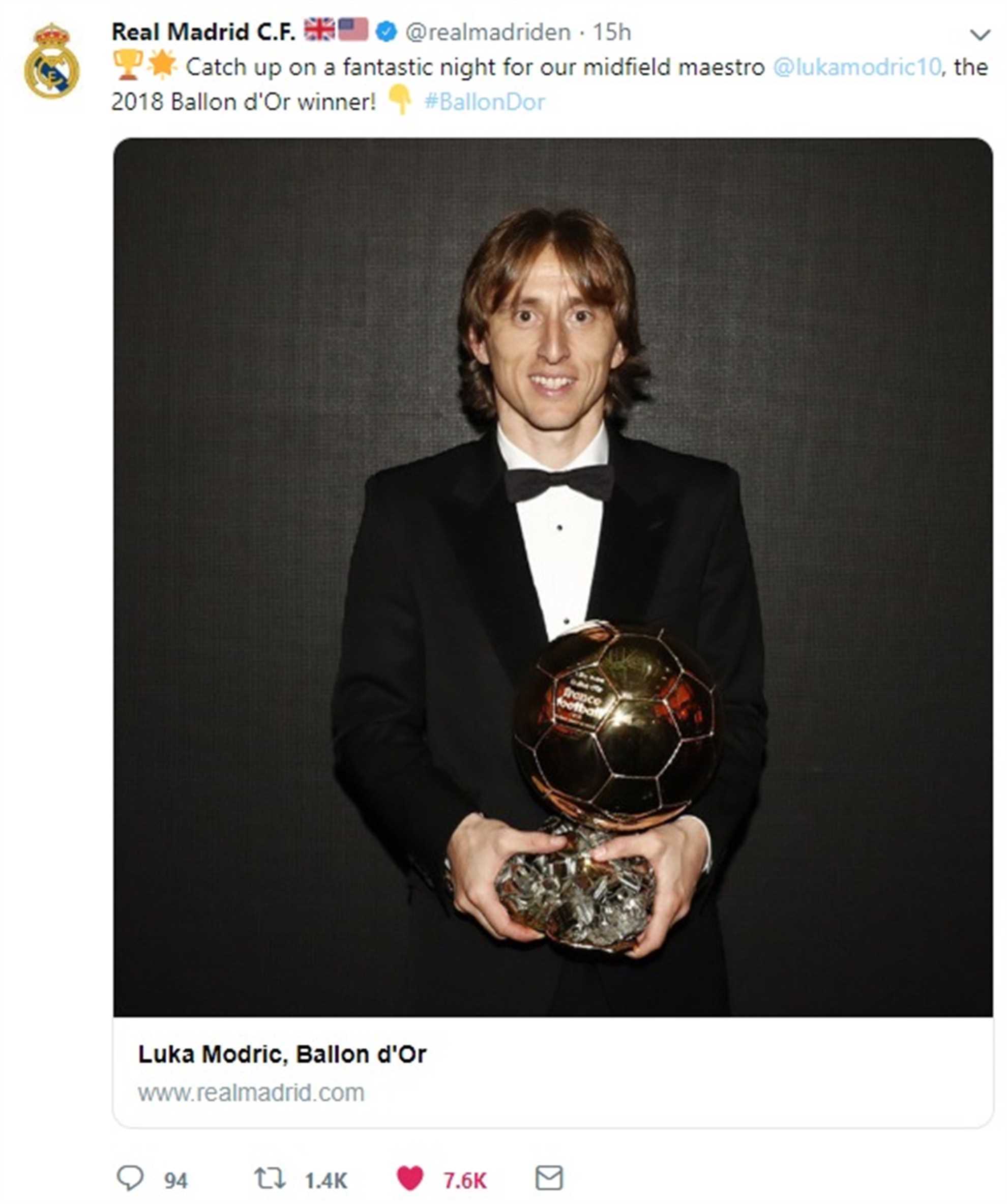