Top 5 Activities To Do on Brac Island 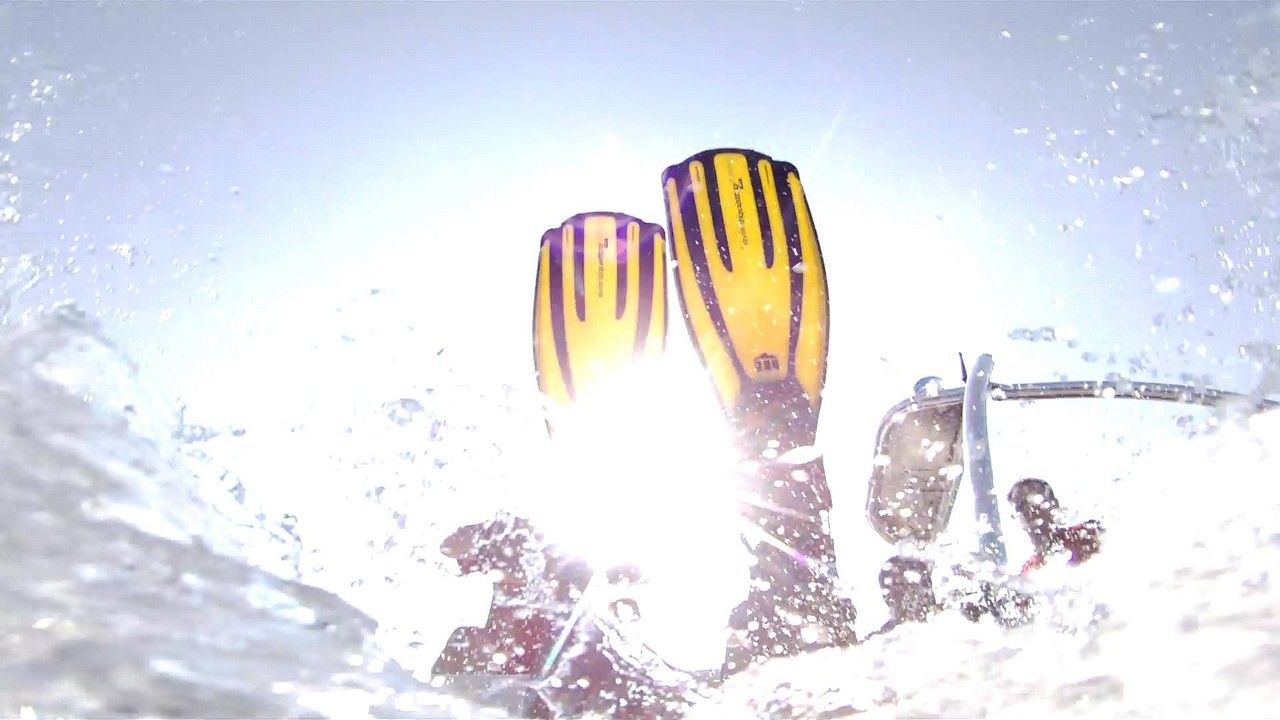 Brac offers lots of possibilities for an active holiday, including surfing, diving, kiting (and other water sports), cycling, hiking, tennis, beach volleyball, walking and jogging. I love team sports so I'll take You for a ride as my partner through this adventure...just keep reading. 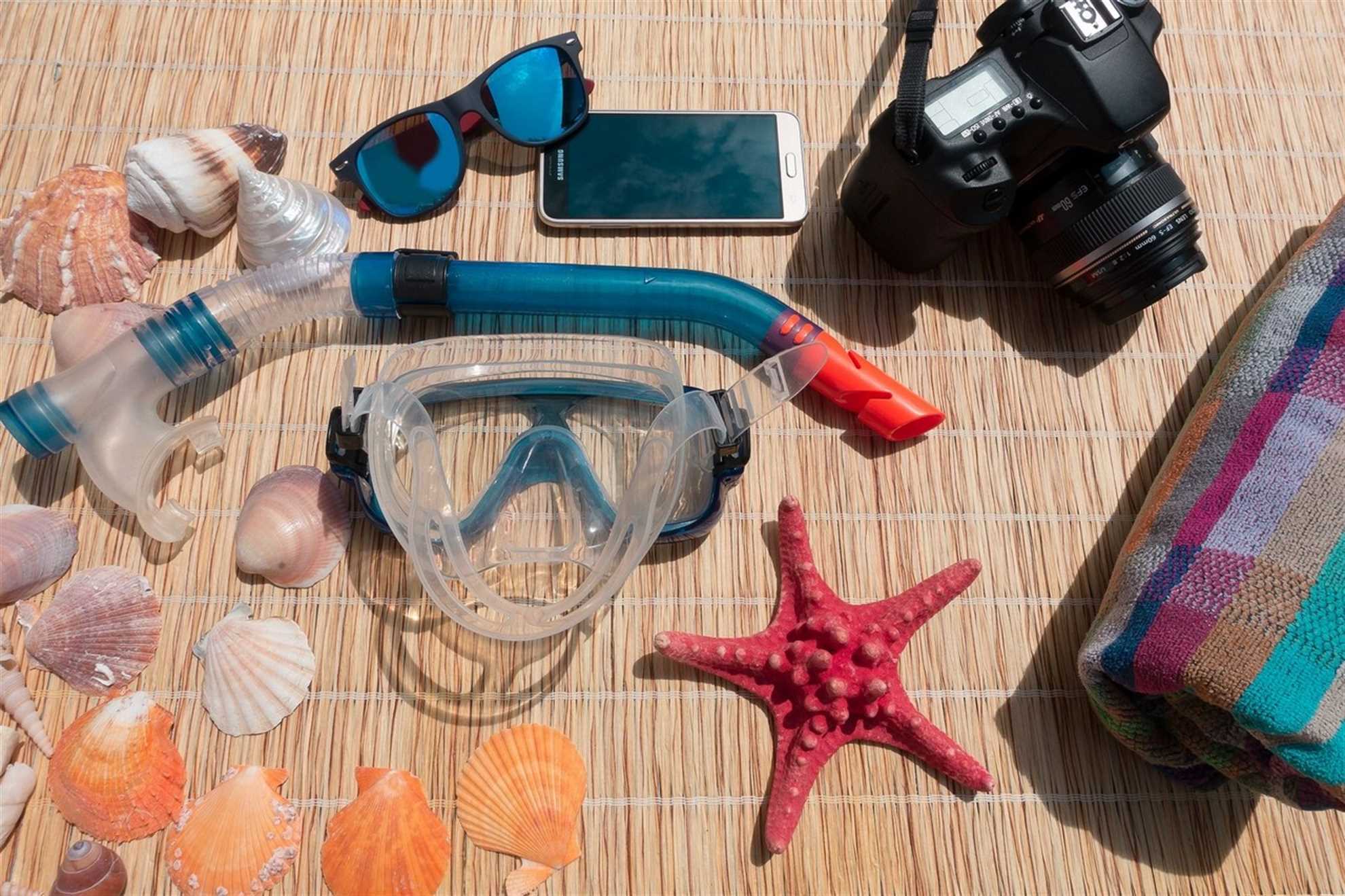 This time I was sleepy on an early morning ferry from Split, but not for long due to a party of enthusiastic and loud Englishmen who thrilled me with openness and interest for local activities (though I planned to take half an hour nap on the yellow worn-out ferry bench). So, while showing off as a real expert I explained to this party where they can go, what they can see on the Brac Island and where they should spend their money. Among them, there is a sweet couple who catches every word of mine as a two-year-old new toy. I told them that I need a partner and that we were going to wake up adrenaline in their veins in the next five days. Their smile was enough to confirm all five activities that we were going to experience…

CHECK WHERE TO STAY ON THE BRAC ISLAND

1. Surfing on the Brac island

On the first day as soon as we stepped on the Brac beach Golden cape as an ideal place for surfing, the young couple rented the board from the nearby locals and plowed the sea waves as the tractor scatters the dry land. In a fraction of a second, they already fled my gaze and caught the seahorses in the morning gale. My entry was somewhat shy, more demure and cautious, but energetic enough to glide through the foamy waves.

Windsurfing belongs to the category of extreme water sports that combine elements of surfing and sailing. Bol, as a destination, is the Mecca of Croatian surfing. Over time, Bol has become a favorite hangout of surfers from different parts of Europe and the world. The sea channel between the islands of Brac and Hvar and the wind that blows through it (maestral) offer ideal conditions for windsurfing. For all surfers and the ones who will yet become that, there are several surf centers in Bol at your disposal, of which the most known is the Big Blue Center that offers the possibility to rent equipment for beginners and professionals as well as professional trainers.

Thanks to the surf centers and extraordinary conditions, Bol has gained the reputation of a famous surfing destination. According to many, surfing in Bol on Brac (Croatia) near the Zlatni Rat Beach (Golden Horn) is considered the best choice on the Adriatic.

FIND OUT WHY YOU REALLY NEED TO VISIT THE CROATIAN ISLANDS

2. Diving on the Brac island 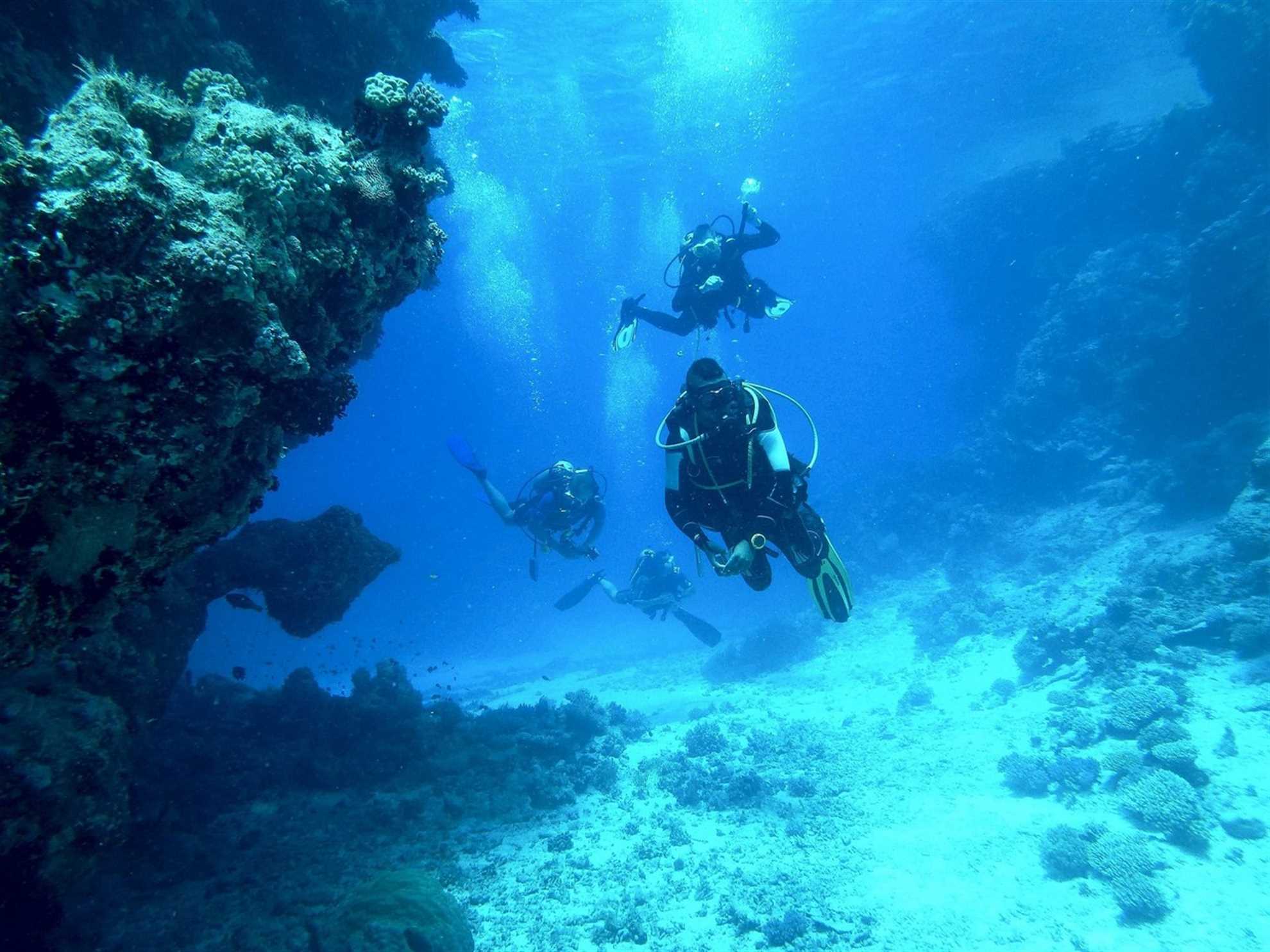 On the second day of our five-day adventure, somewhat worn out of yesterday's fight with winds, during the morning coffee, we decided to take the day off for something more leisurely. As I narrated about the depths of the sea, the multiplicity of sea life and the energy they could feel in the blue depths, I caught their impatient wiggling and nervous anticipation. We visited the Big Blue Center again, rented the equipment and the boat and went to the nearby hidden locations. Already at the first dive, they were captivated by the sea who opened the beauty of its sea caves, capes, rocks, reefs, fish and other sea creatures that have found their shelter in these tranquil waters.

Croatia can really boast about having a beautiful coast with numerous islands and archipelagos that are its pearls and the crown of its beauty and by which it was named after – the country of a thousand islands. The same beauty of the blue Adriatic Sea and rich underwater life stretches in front of Brac island. The blue sea invites you to dive into its depths, to discover and feel the beauty of its underwater life.

CHECK WHAT TO DO WHILE ON HOLIDAYS IN CROATIA

3. Kitesurfing on the Brac Island

On our third day, we decided to try out the new sports discipline "Kitesurfing". Since we were quite experienced in other marine sports this challenge was a natural selection regarding the circumstances and opportunities offered by the island of Brac. And yes! We had a lot of fun. We spent the day exchanging equipment, chatting and drinking cocktails at a nearby cafe ... I would certainly recommend this kind of fun even for families with children. 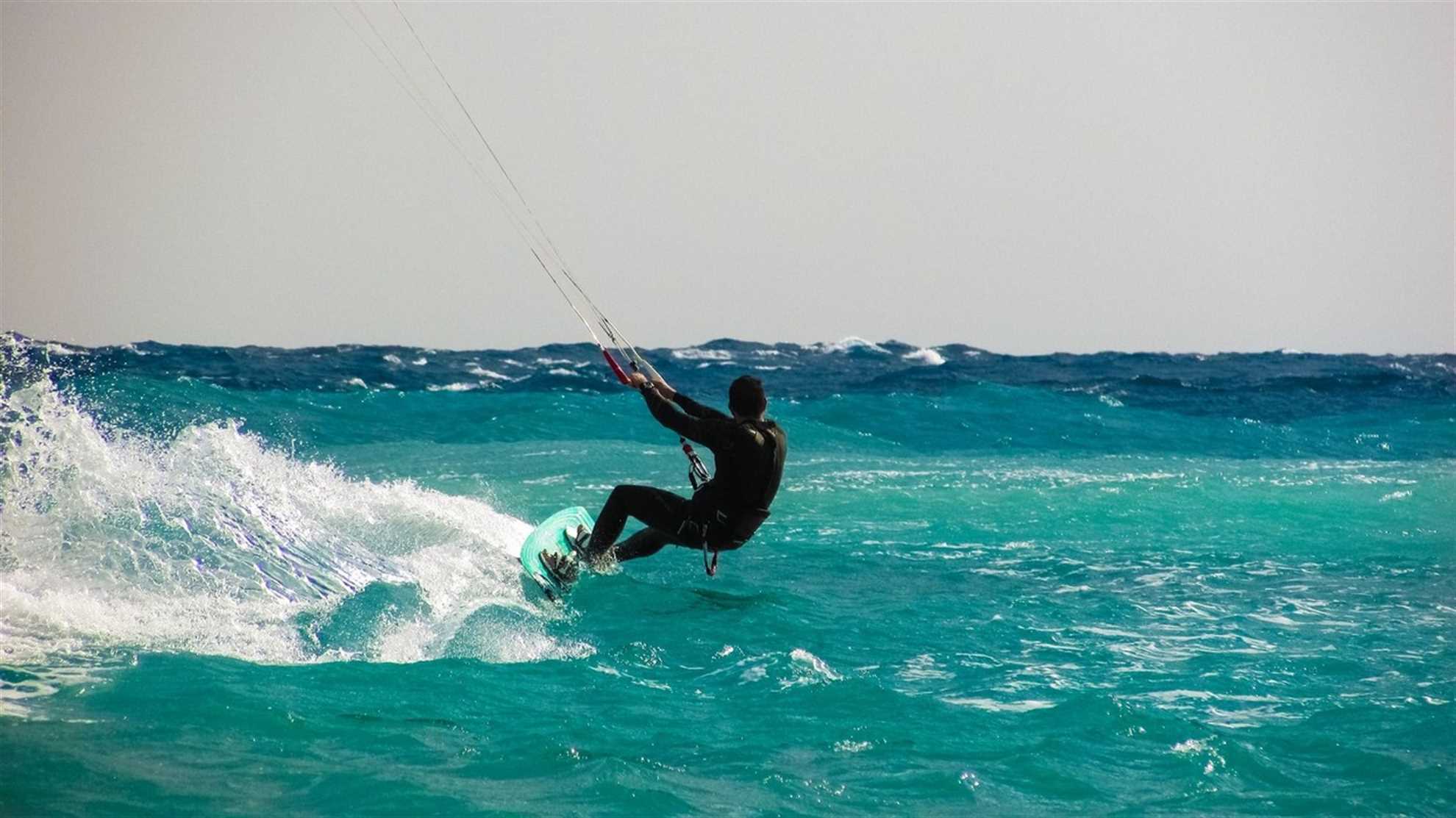 Kitesurfing on the island of Brac, Croatia, Photo source: www.pixabay.com

Kitesurfing is an extreme water sport that combines kite flying and windsurfing into one. It is one of the fastest growing sports on Brac Island and in the world that has attracted people of all ages, from young to old. This sport is simple, where strength is not a necessity. There is also kiteboarding, which has developed as a mixture of different sports: windsurfing, surfing, paragliding, and water skiing. 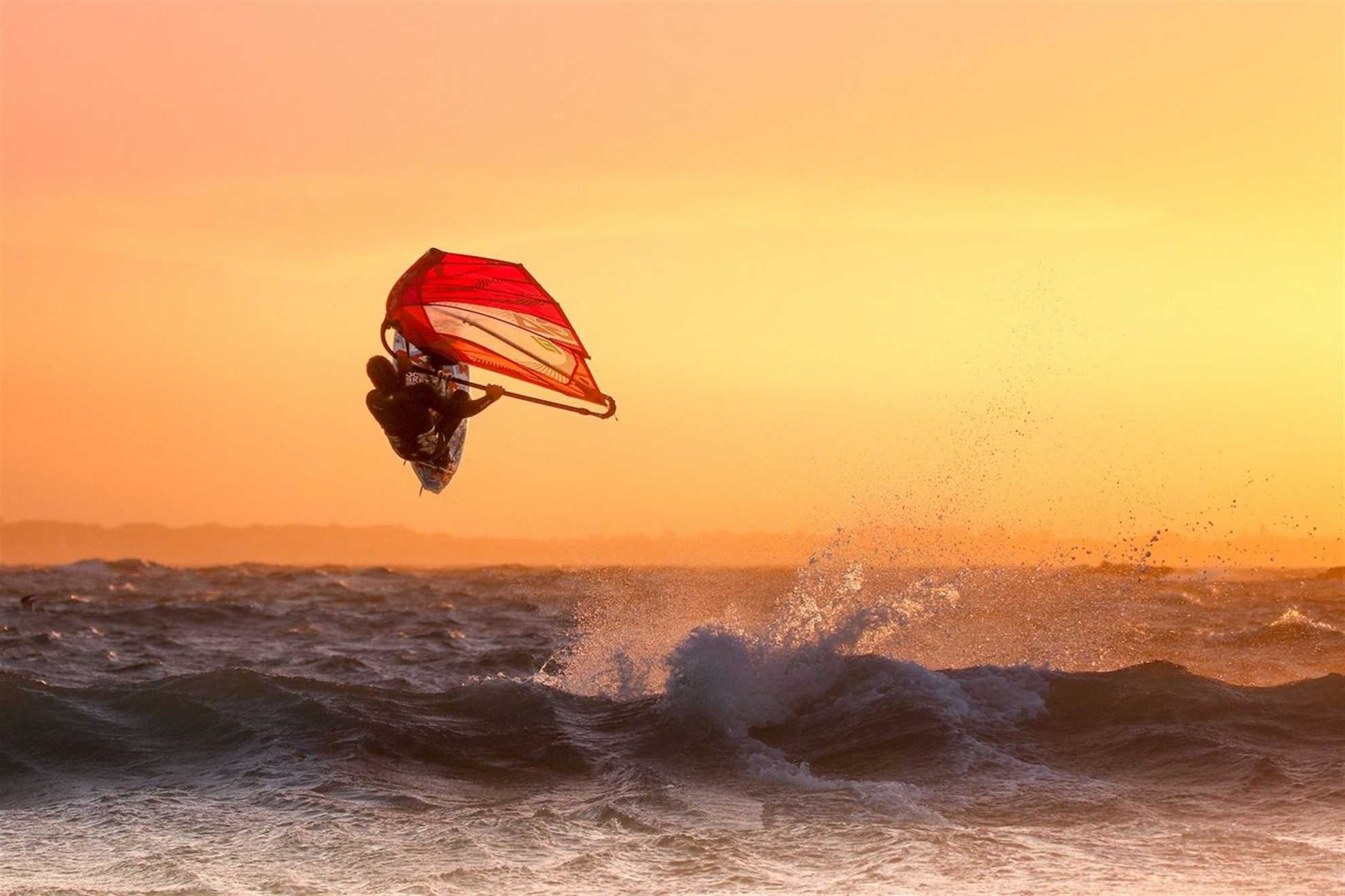 Kitesurfer in the air, sunset time in Bol on the island of Brac, Photo source: www.pixabay.com

4. Bicycling on the Island of Brac

On the fourth day, we already wanted to feel the firm ground under our feet and explore what Brac offers except the water's joy. As a host and experienced Dalmatian, I brought new friends to cycling adventure. Since we didn't have our own equipment and bikes we hired them in the well-known Big Blue Center and started enthusiastically in the early morning sun. Already on the first kilometer of the asphalt road, I decided to turn to the well-known dusty roads of this Mediterranean island. 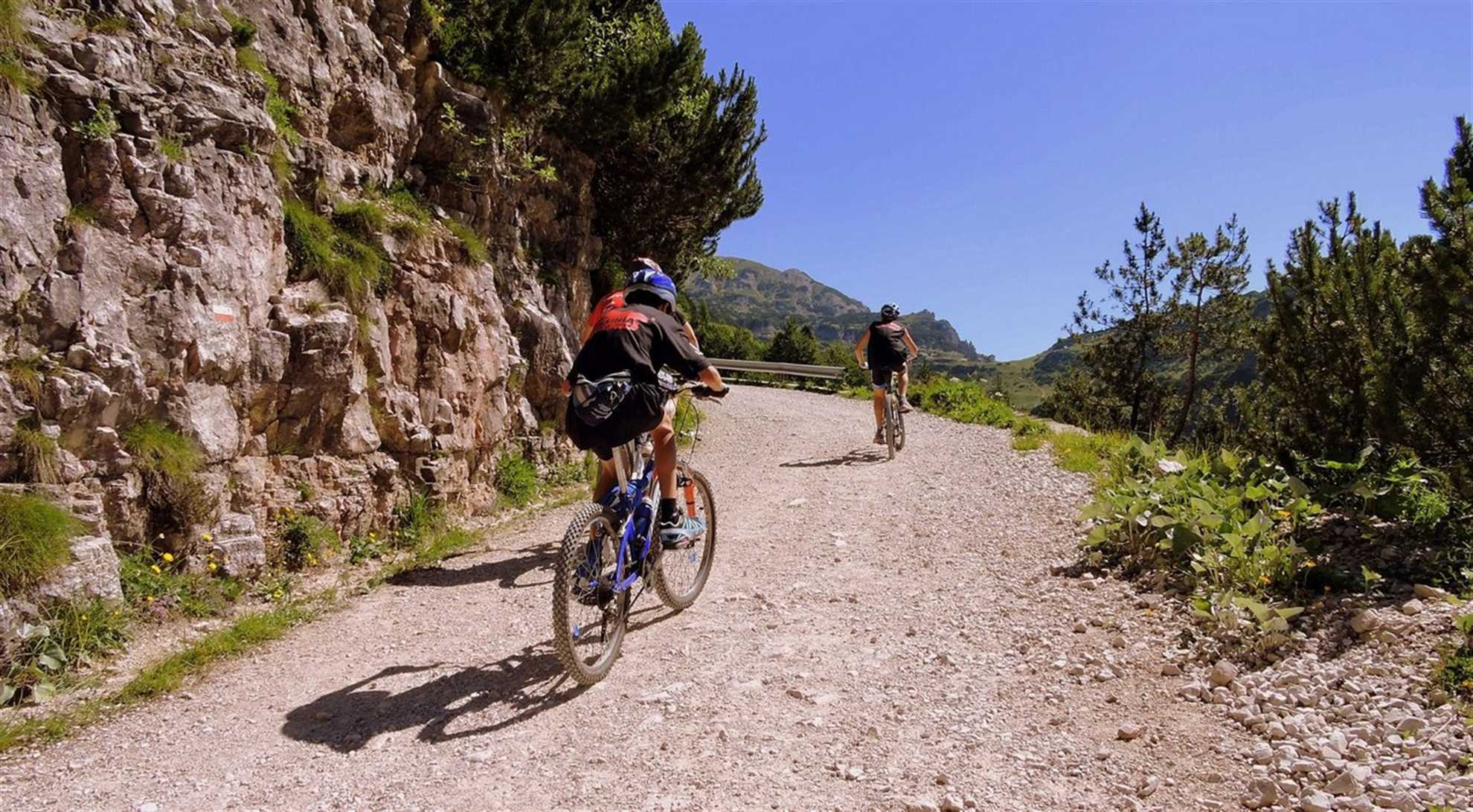 The speed bikes were willingly hiccuping under our feet while the light morning breeze cooled our sweating bodies. The young couple enjoyed the breathtaking view of the Brac archipelago and were delighted to meet locals who offered deliciously homemade products to tired travelers. We followed the instinct and grabbed new kilometers towards the Brac villages ... 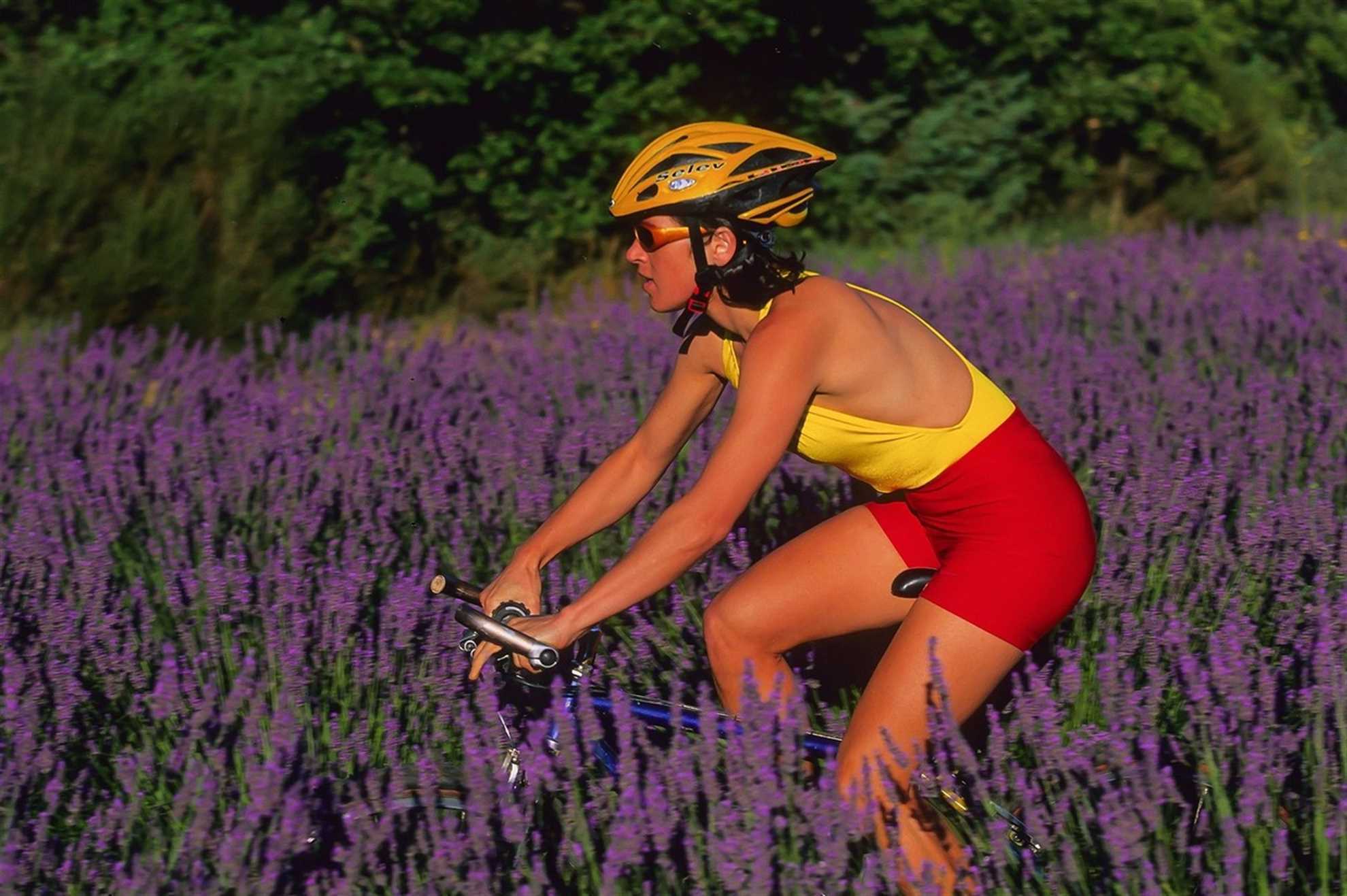 Mountain biking across the entire island of Brac was an unforgettable experience for young Englishmen. Due to the size of the island, there is a large number of roads and paths that invited us for mountain bike riding. The Big Blue Center in Bol on Brac Island offers you the possibility to rent children's bicycles, mountain bicycles, and full suspension bicycles. It also offers the possibility for bicycle picnics and transfers to wanted destinations from which you can start your Brac cycling adventure. 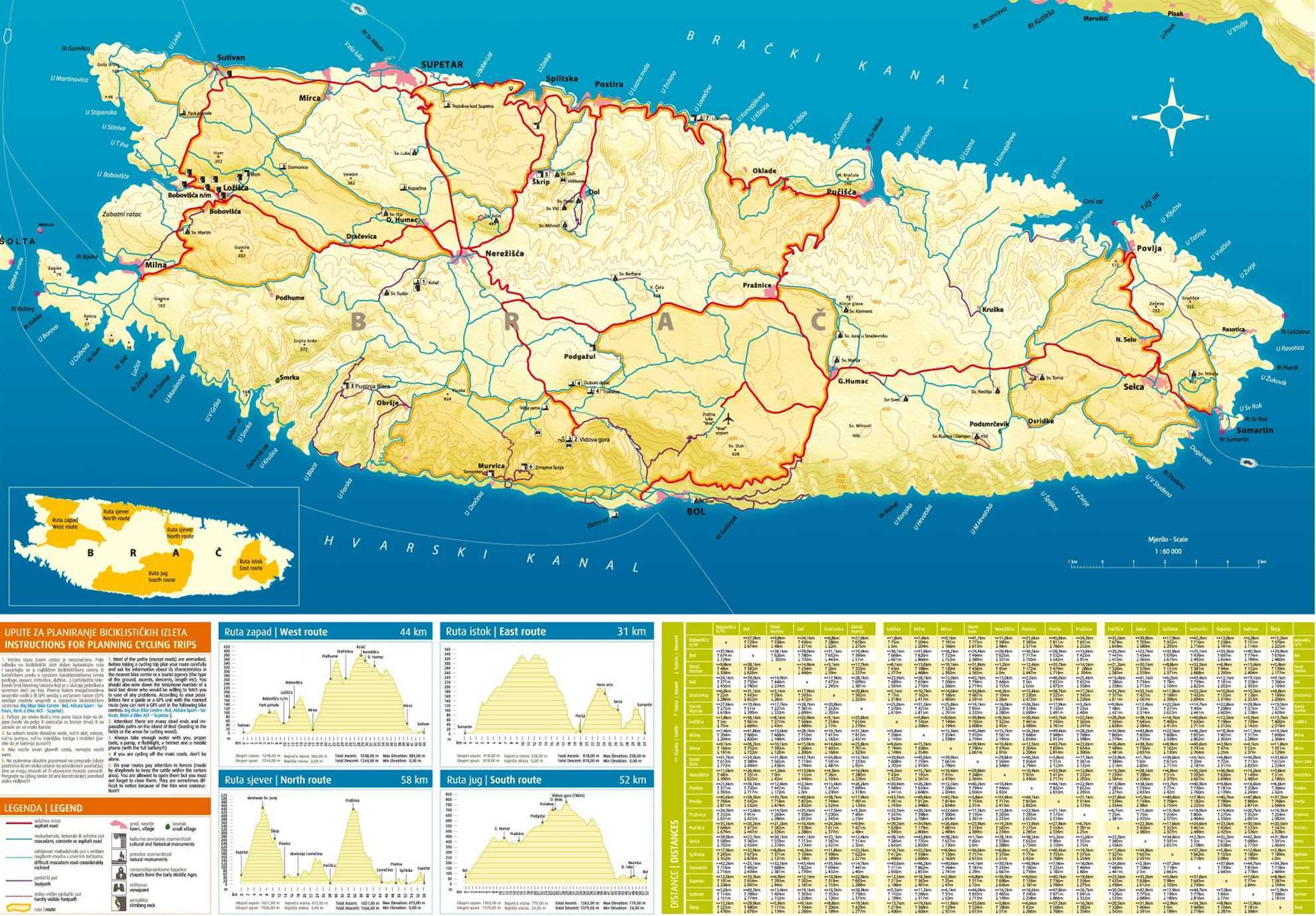 5.Tennis on the Brac island

On our last day, we decided to play a tennis tournament in three. However, my knowledge of the sport is not at an enviable level, so at the end of the day, I was the one who paid for the dinner. Regardless of my modest tennis knowledge the day was more than fulfilled because we met the lovely Americans who provided us with a fair good game of this gentlemanly sport. 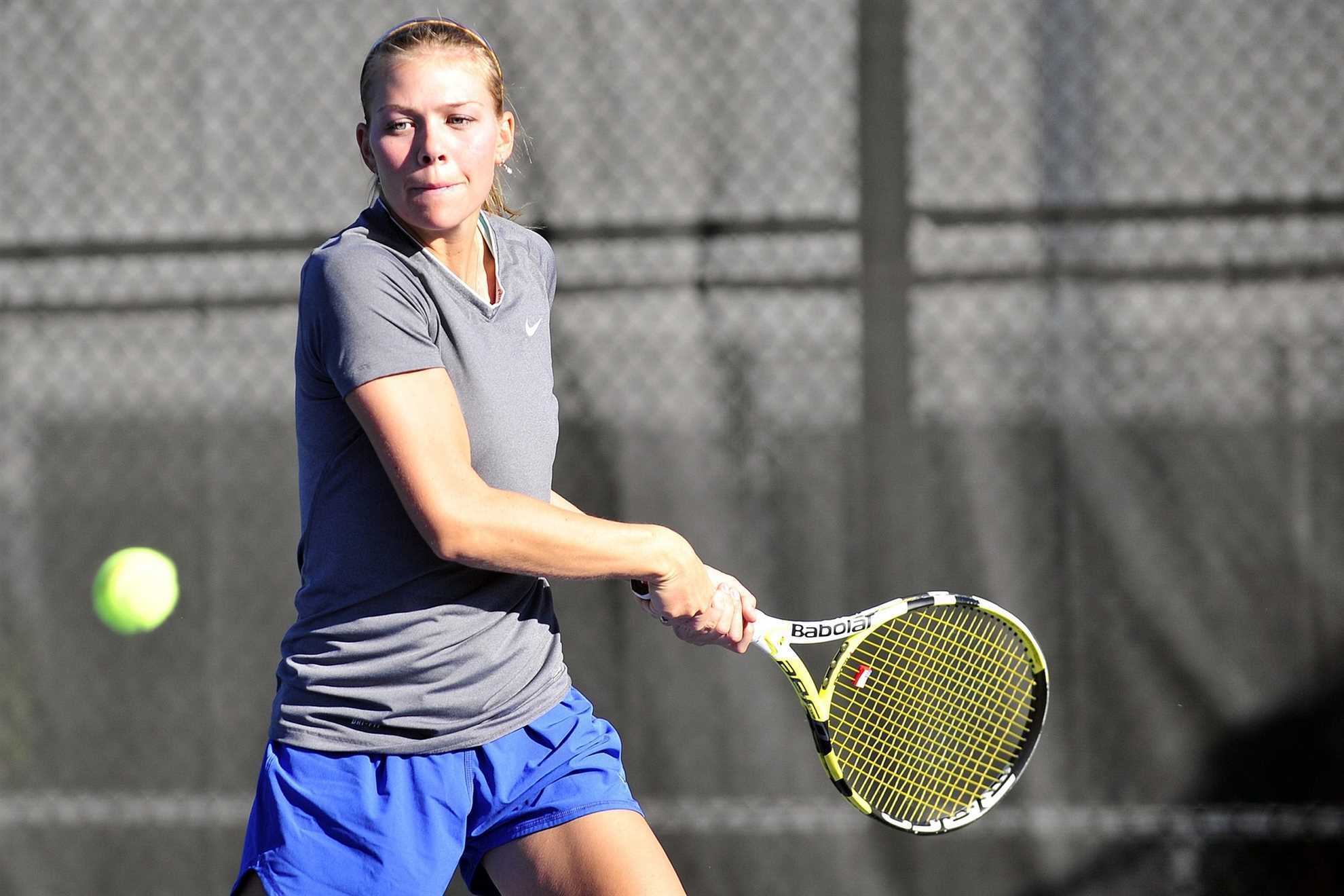 We also find many high-quality tennis playgrounds, tennis equipment, kind, professional staff and top tennis schools in Bol. In 1984, the Potocine Tennis Center in Bol had 12 tennis courts. Today, that beautiful tennis center consists of over 20 tennis playgrounds with the red clay surface. The main part of the center definitely occupies the central tennis court on which many exciting finals were played. These tennis tournaments are what made Bol on the island of Brac famous. Many top international tennis players played here such as Goran Ivanisevic, Anna Kournikova, and others. All lovers of this sport should never pass up the opportunity to visit Bol and Brac Island. 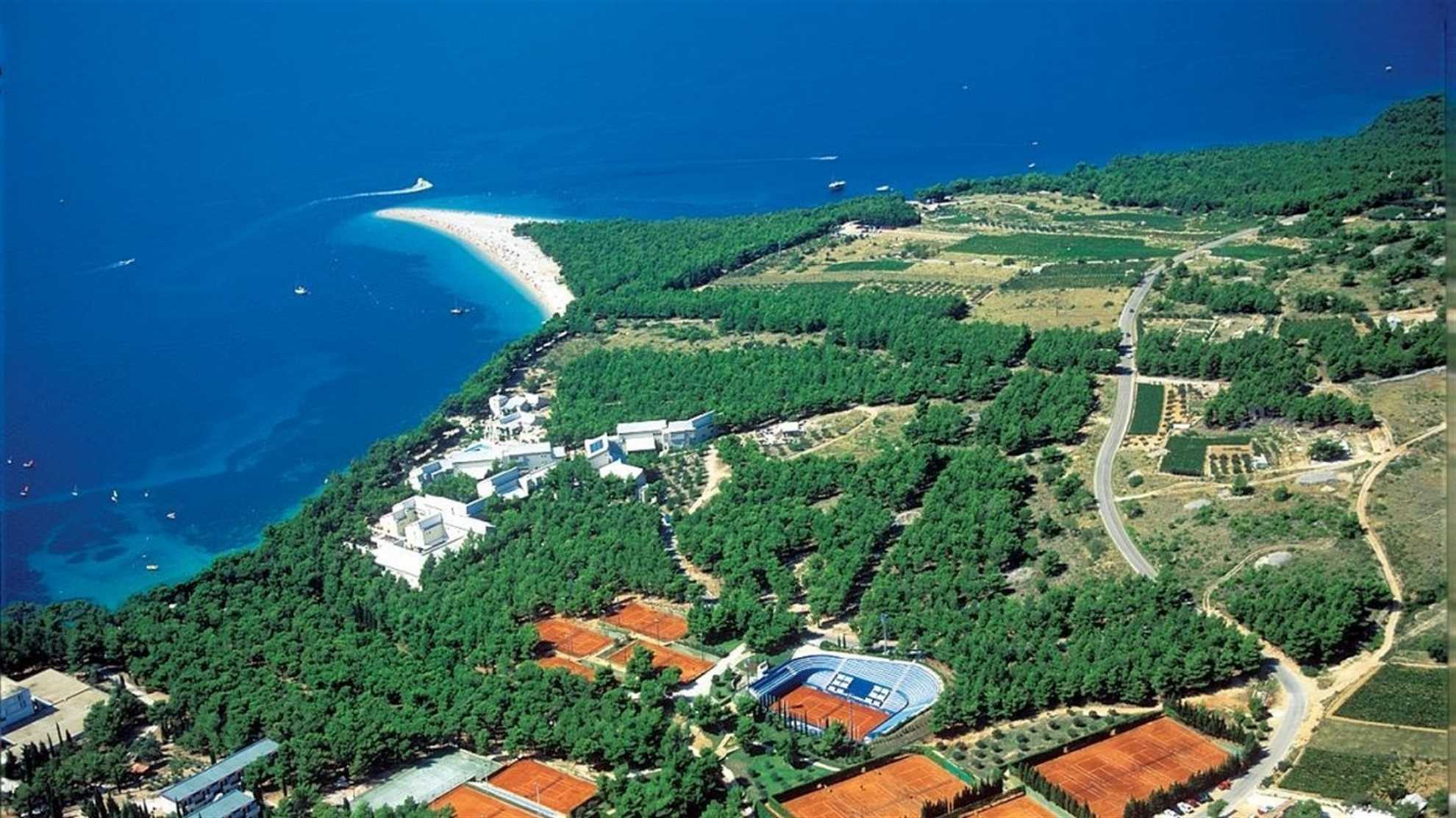 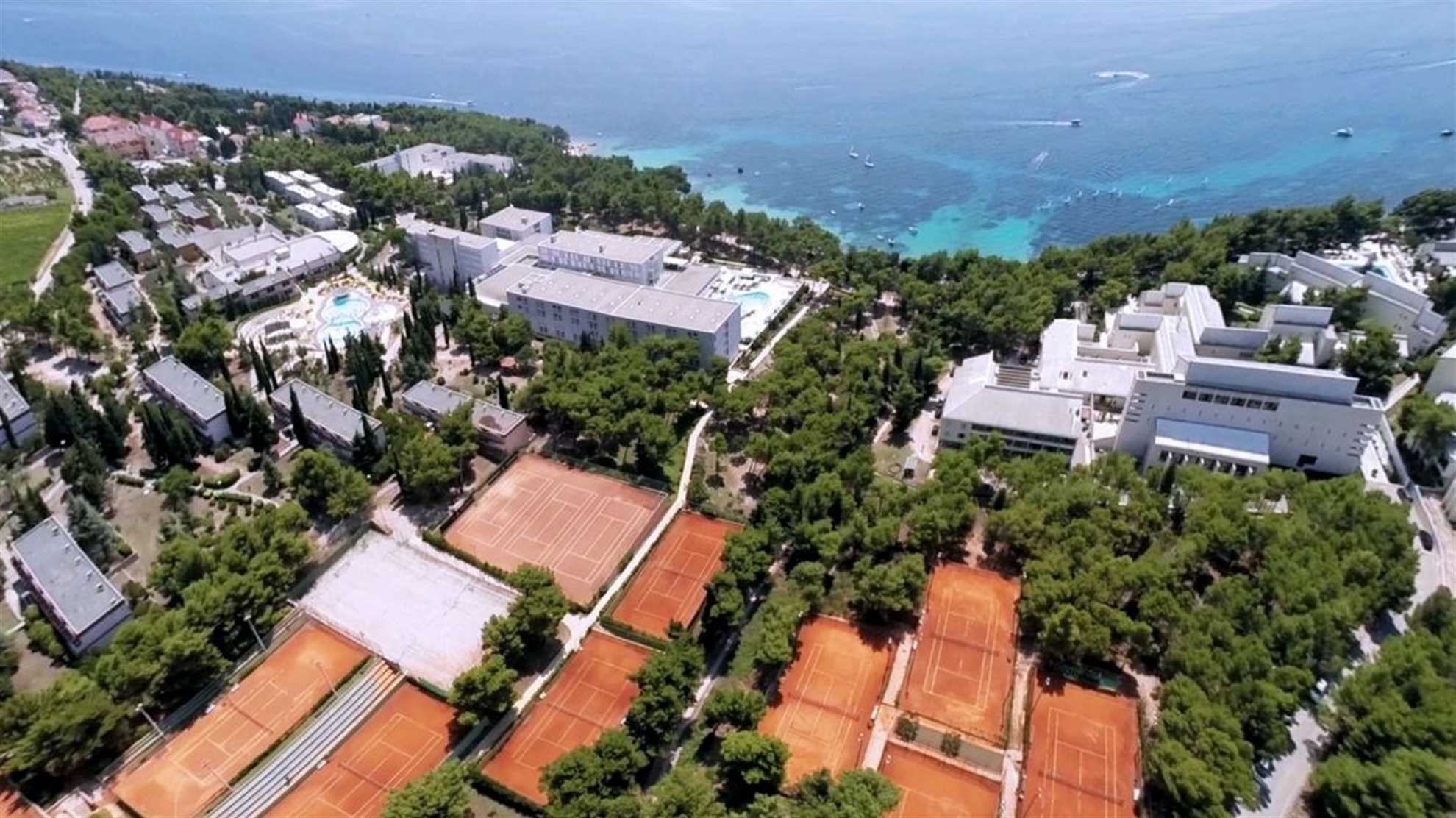 CHECK WHERE TO STAY IN TOWN OF BOL, BRAC ISLAND

Croatia is the top summer Mediterranean destination with the rising offer of luxury holiday villas including high-level-expertize in providing exceptional guest service. There is a number of holiday villas scattered all around seaside, on islands and even in the countryside.

Sutivan, charming seaside place on the island of Brac, won the prestigious award for the best small town on the Adriatic Coast in Croatia thanks to the strong focus on keeping the quality of life of the locals and visitors. 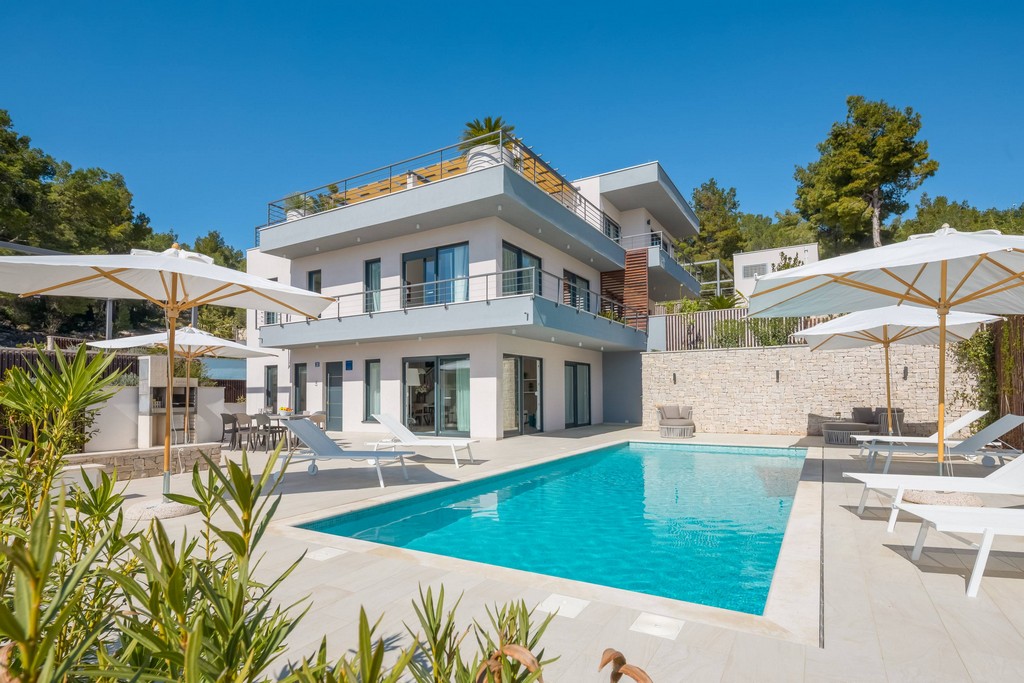