Former Secret Agent 007 James Bond, in real life actorPierce Brosnan, was staying in Croatia during September and early October 2017. To make the story juicier, we must note that the famous actor Pierce Brosnan is not the only Hollywood star who has recently visited this wonderful Mediterranean country, Croatia. 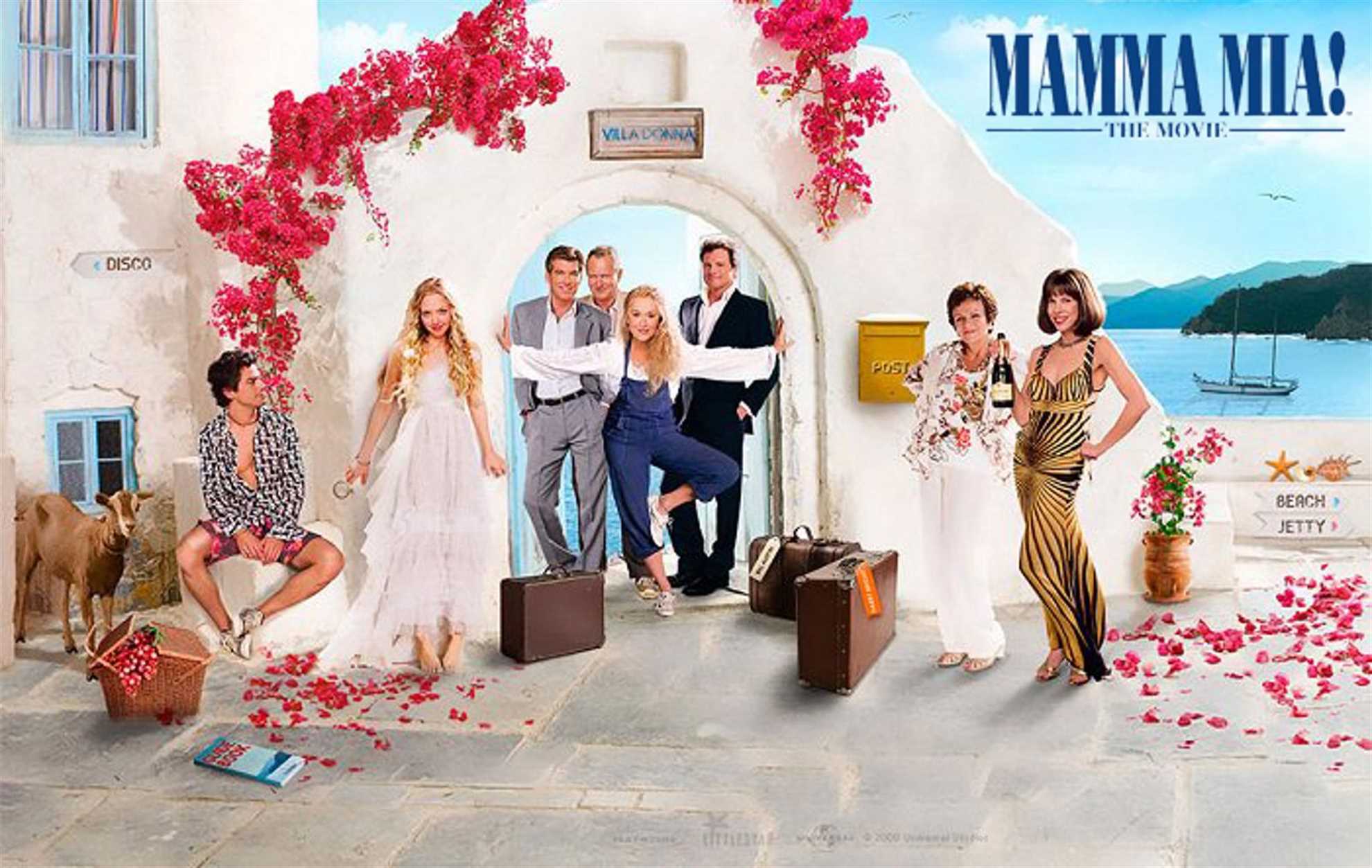 Filming of the sequel to the highly successful blockbuster Mamma Mia took place on the island of Vis and that is why " the former secret agent" together with the entire film crew visited Croatia recently.

Mamma Mia: Here We Go Again! is the title of the sequel. The premiere is expected to happen in July 2018, exactly 10 years after realizing the Mamma Mia. Meryl Streep,Pierce Brosnan, Lily James, Stellan Skarsgard, Colin Firth, Dominic Cooper, and Amanda Seyfried are just some of the A-stars appearing in the long-desired sequel to the Mamm Mia original.

Island Vis – the hidden oasis on the Mediterranean, very attractive for a stunning movie set

In the sequel to the famous blockbuster Mamma Mia, the island of Vis indeed represents the Greek island of the made-up name Kalokairi, which actually means summer.

Most of the scenes of Mamma Mia Here We Go Again were filmed in the sheltered bay Barjoška, on the west side of island Vis. The secluded bay Barjoška is accessible only by sea. Therefore, actors and the entire film crew were coming to the set by speedboats. 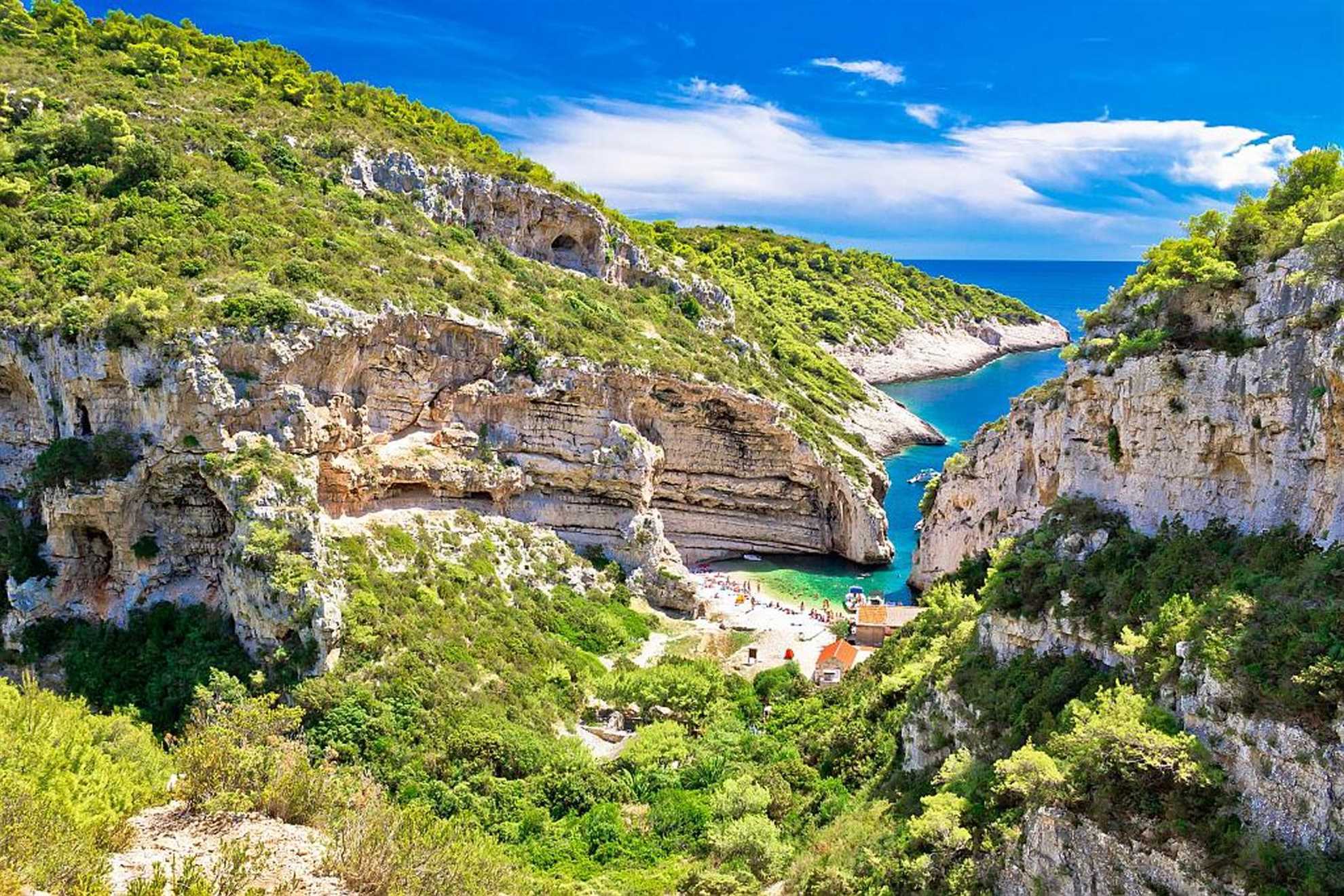 Island Vis is the most remote inhabited island of Middle Dalmatia, with two larger settlements Vis and Komiza and the overall population of 3600. Two main attractions of sunny island Vis are Mala Stiniva Beach and the Blue Cave on small islet Biševo in front of Vis. 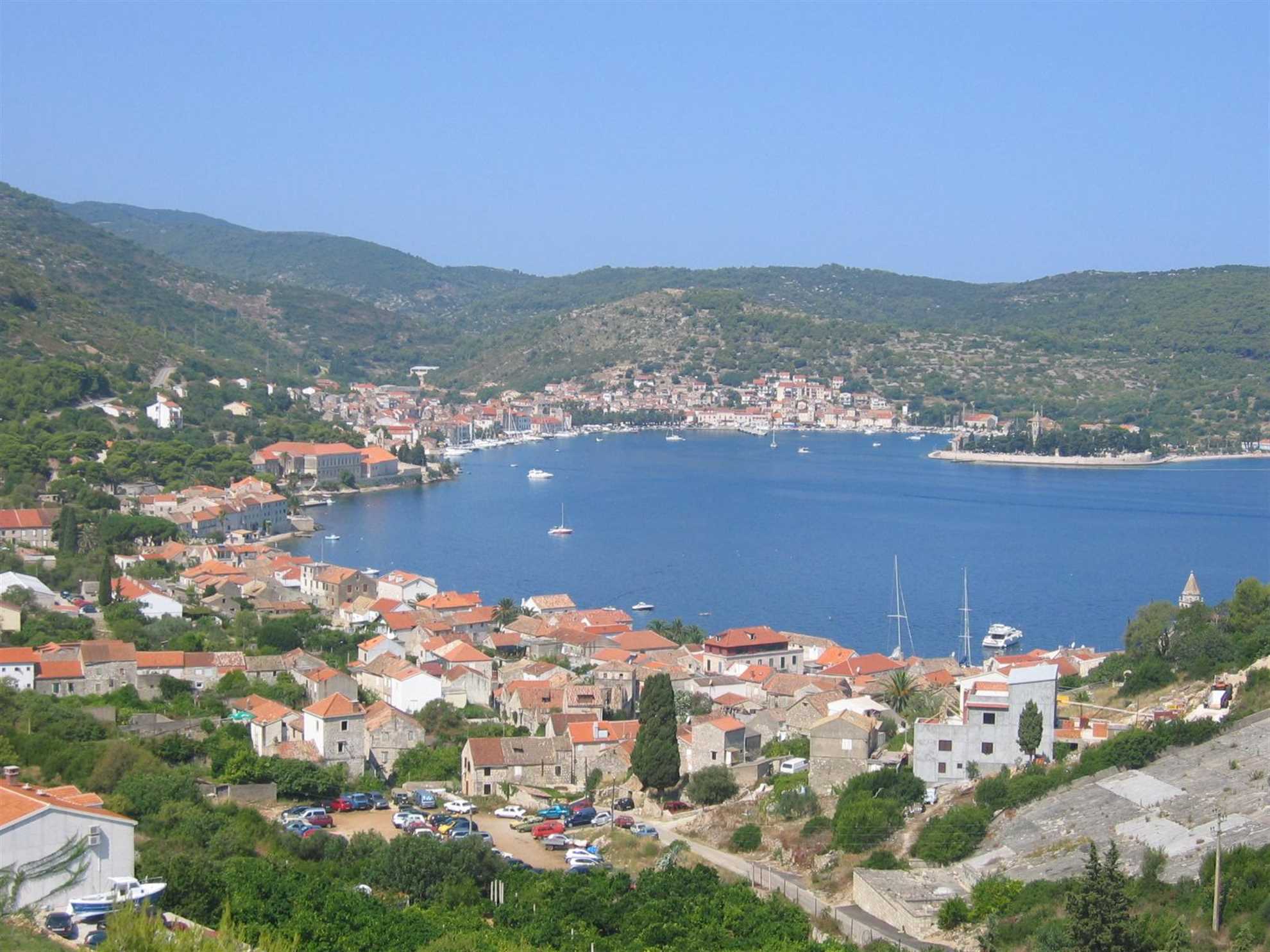 The island of Vis offerscomplete tranquility and relaxation, a multitude of hidden bays with crystal clear waters and an excellent gastronomic offer during the summer season. Croatians, as same as global travelers, striving to enjoy untouched nature, a little bit of luxury and privacy, are happy to stay on this exotical island, especially during the summer holidays season. 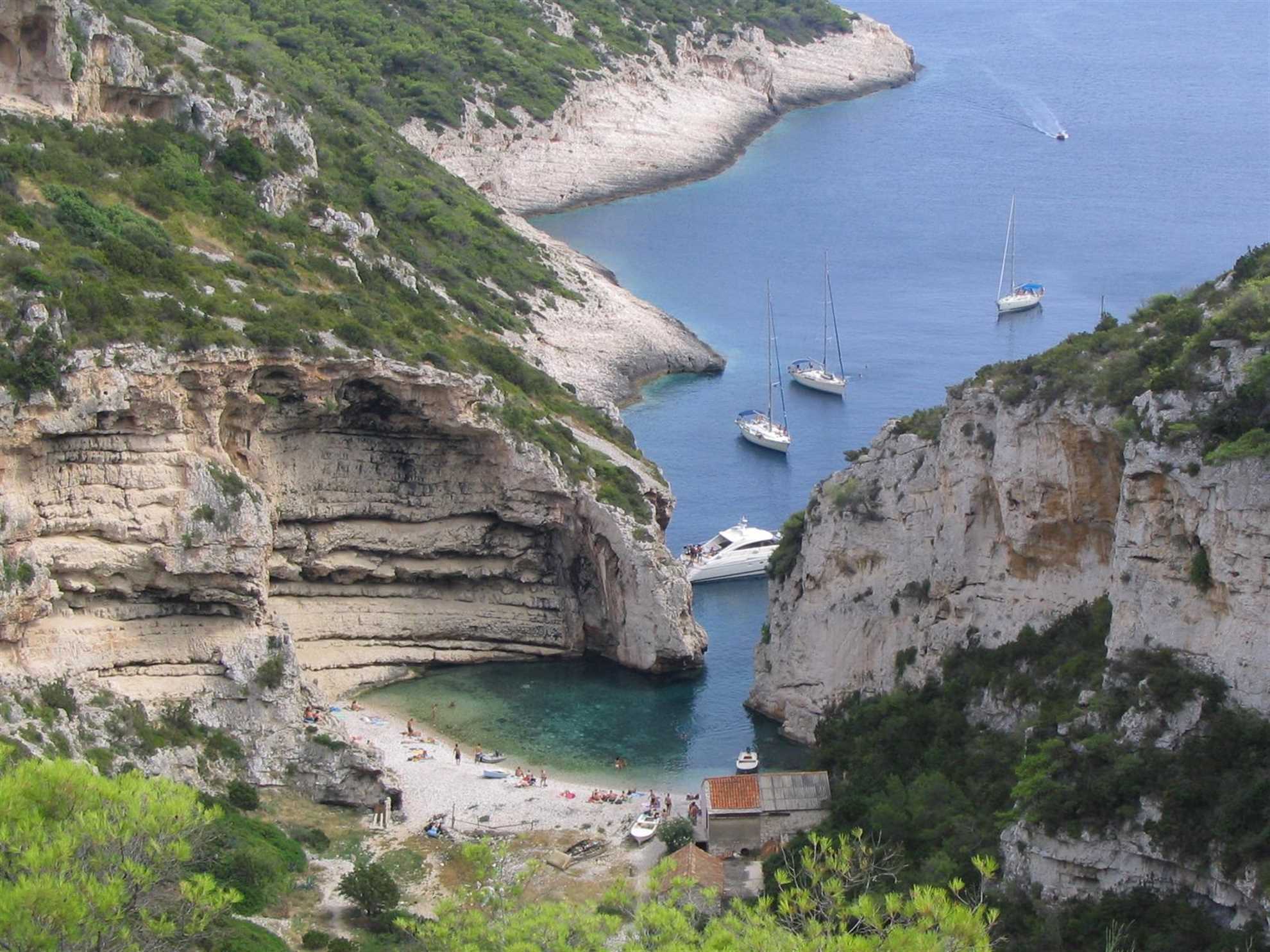 Hollywood stars have become residents of the island of Vis during the past months and have occupied most houses and holiday villas on the island.

Vis locals are accustomed to arrivals of the world-famous people, mostly during the summer months. So, in general, they didn't show too much reaction to the fact that their home place was flooded with A-list stars. Some kind of lack of excitement to the presence of the Hollywood stars among locals is also due to the relaxed lifestyle and mindset on the island.

Though, you can feel everywhere the pride and the joy that the world will get the chance to meet this beautiful part of the Mediterranean through the film screen.

The premiere of Mamma Mia 2 will additionally favor and promote Vis as the perfect destination for summer vacation. Croatian Tourist Board representatives are already expecting an increase in guest arrivals to Vis in summer 2018. 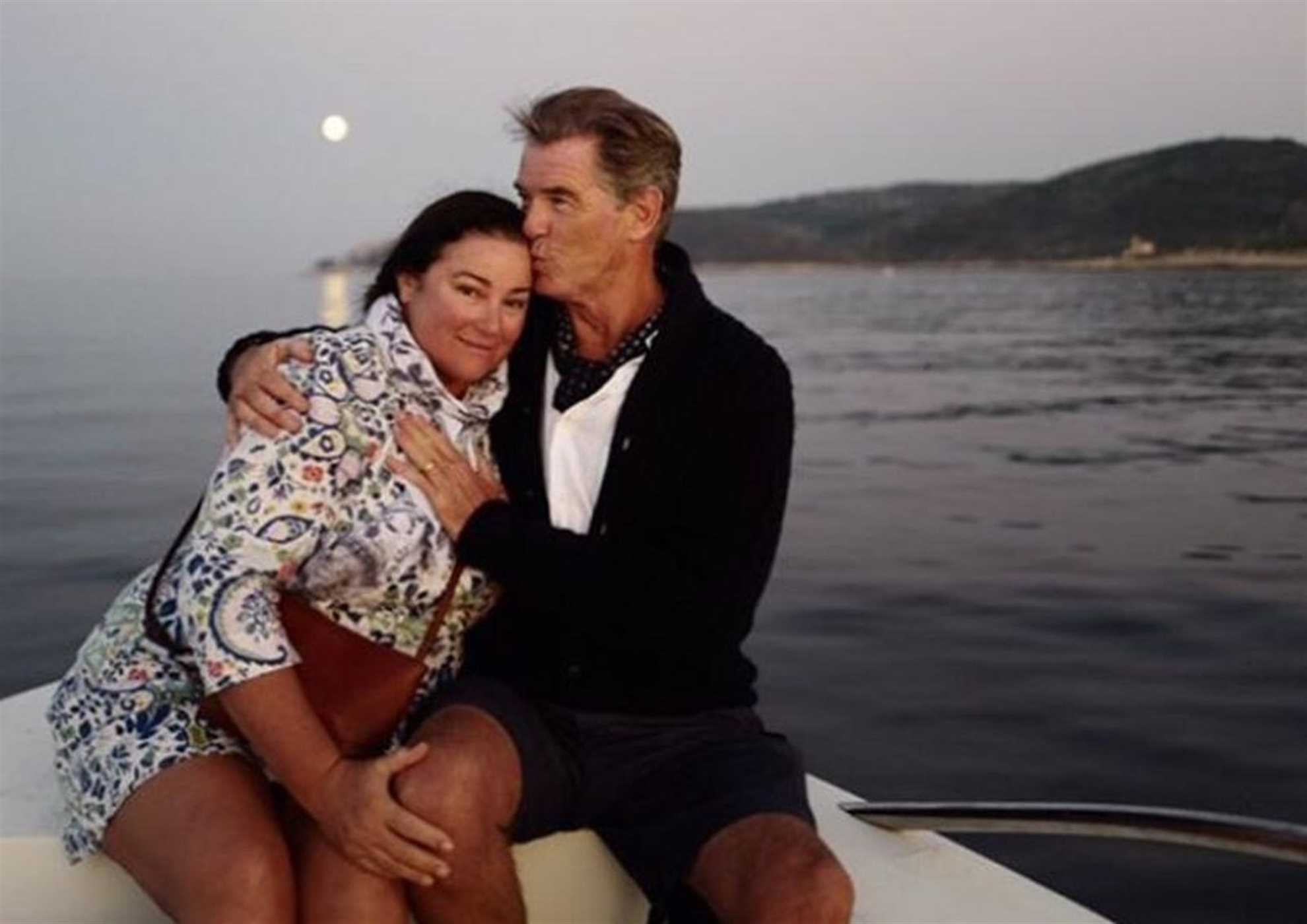 Pierce Brosnan with his wife enjoying a sunset on Vis (Photo: Instagram)

There is a great interest in the local and world public about filming at this somehow exotic location. The professional photographers didn't miss the chance of visiting Vis to take photos of A-list stars playing in the set. So, the world media were reporting almost every day about filming the Mamma Mia 2 on Vis.

British The Sunpublished the article about Lily James, the 28-year-old actress making selfies and enjoying filming in Croatia. Lil James plays the role of Donna in the young days. You can read the full article by clicking on the following link: Lily James snaps selfies on set as Mamma Mia 2 continues filming in Croatia.

Colin Firth was caught in a meeting with Pierce Brosnan and his wife in a walk and lunch in Croatia by The Daily Mail. Also, The Daily Mail has released pictures and texts devoted to Lily Jamesthat you can see here.

EuropeEasybranches posted the news from the portal Croatia Week: Pierce Brosnan Dazzled by the Croatian Island of Vis.

The social media overwhelmed by photos of Vis and Croatia

If we can judge by the posts on social networks, the actors playing in Mamma Mia 2 really enjoyed Croatia during the filming of the sequel. From their posts on social media, we can see that they had free time to experienced Croatia to the fullest, discover beautiful landscapes, enjoy inspirational sunsets and taste delicious food and quality wines.

There is a lot of photos on Judy Cramer's Instagram profile taken on a boat while going to or returning from a set on Vis.

Jeremy Irvine found his lucky place on Vis and shared it with his followers on Twitter and Instagram. 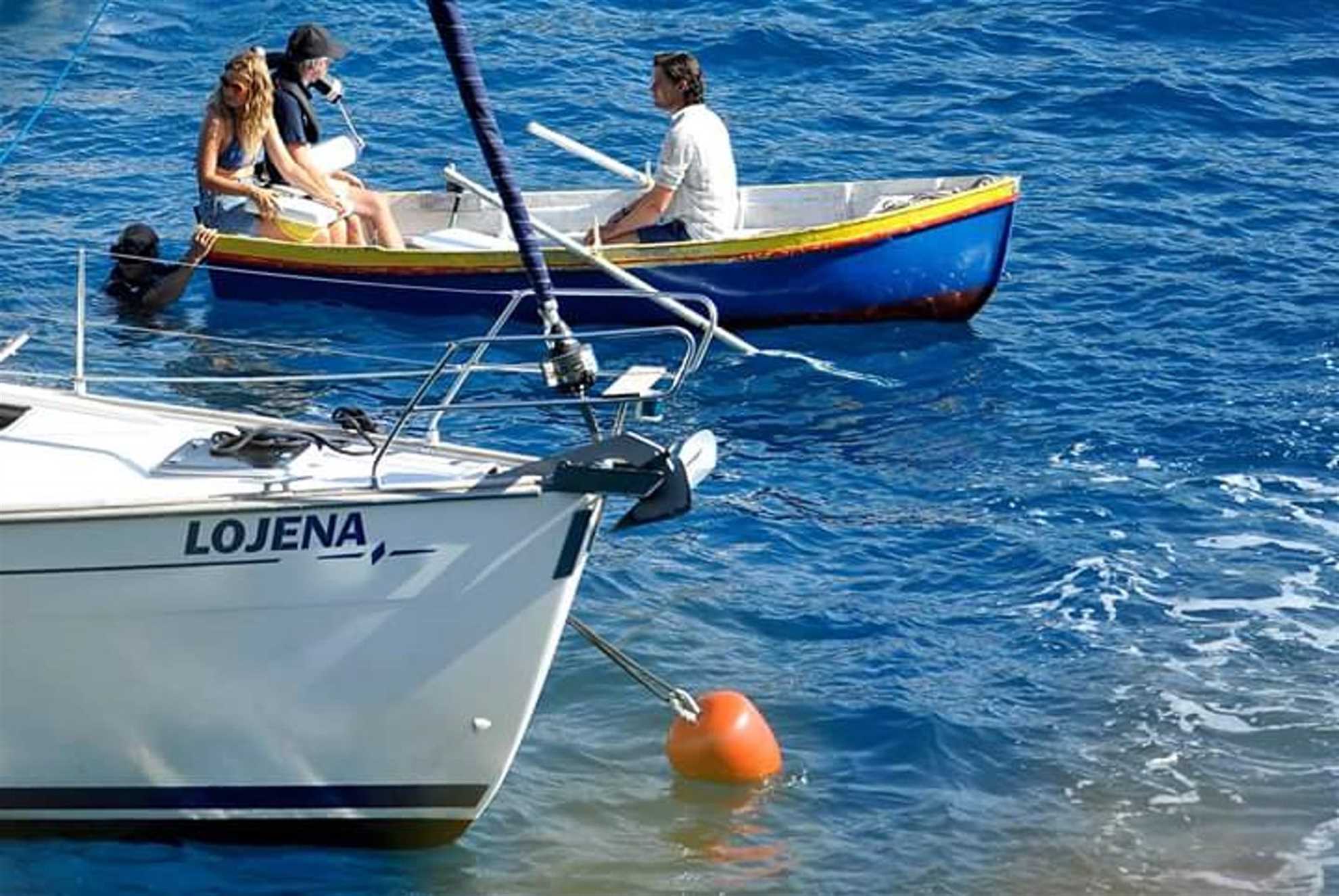 On theLily James's Instagram pagecan be found photos showing the atmosphere and the enjoyment during the filming Mamma Mia 2 in Croatia.

We believe that some members of Mamma Mia 2 filming crew, already decided to spend the summer vacation 2018 in Croatia together with their families and friends.

What about you? Do you want to enjoy the Mediterranean and spend an exceptional relaxing vacation? If the answer is yes, you should take a look at the selection of holiday villas, hotels, and apartmentsby Vip Holiday Booker. Remember, Vip Holiday Booker guests are on A-list, no matter whether they are Hollywood-famous or not.