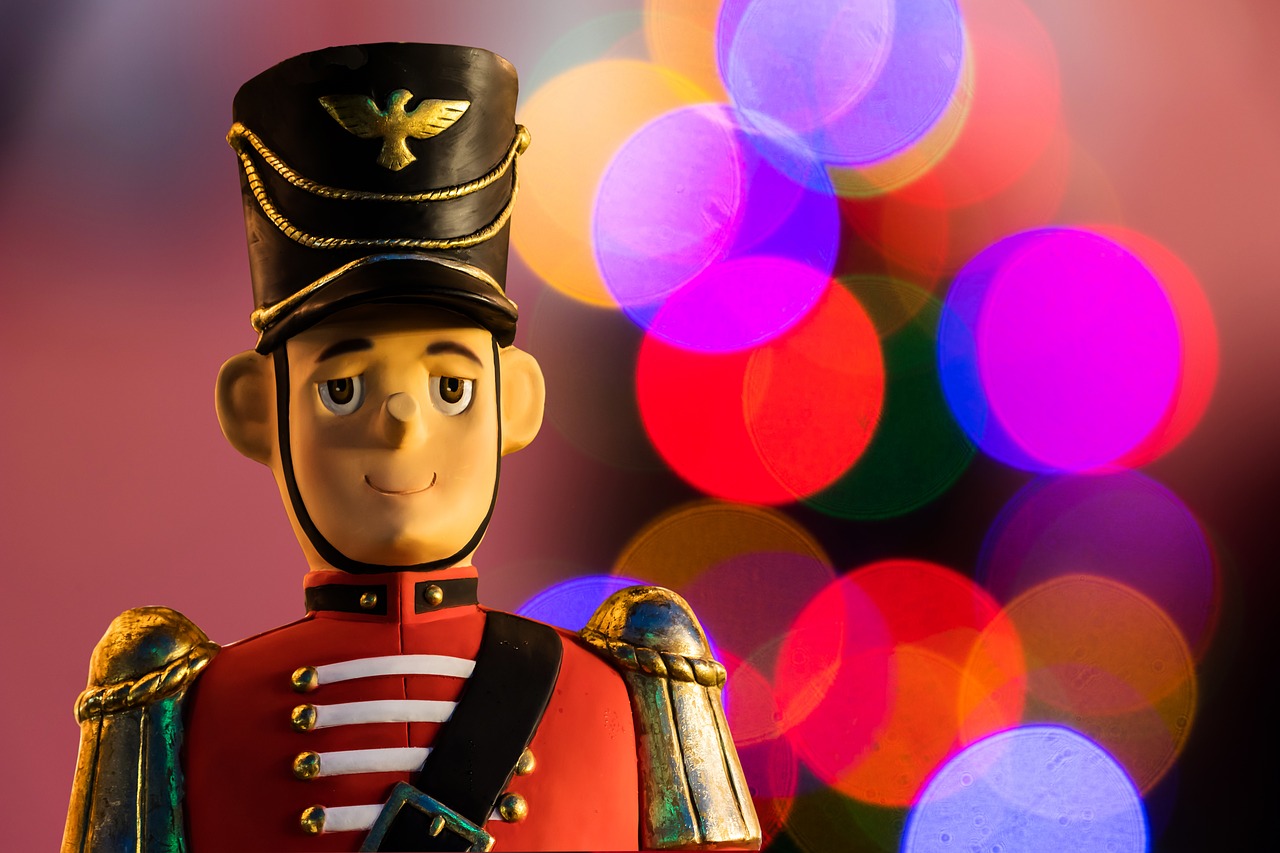 December in Croatia is in the sign of wonderful Christmas fairs across the country. The period before Christmas and anticipation of Christmas Eve is very important for Croatians and one can feel the holiday season is approaching at almost every corner of any larger city. 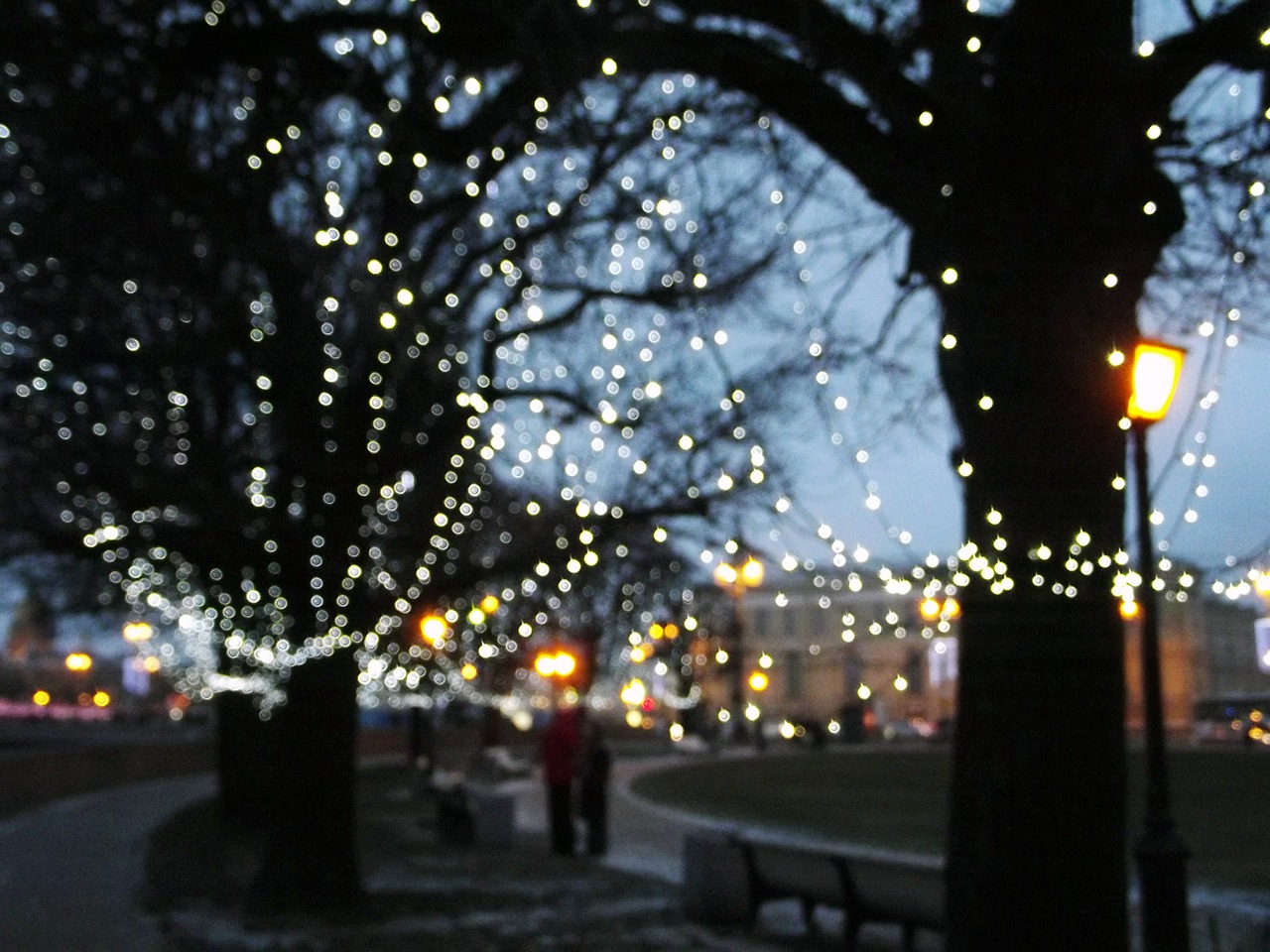 Last year we wrote about the top 4 Christmas markets in Croatia where we brought an overview of the events, locations and things to do in Zagreb, Dubrovnik, Split, and Šibenik. In this blog post, we are bringing updates on main Christmas fairs in Croatia and we are including more amazing locations across Croatia worth visiting at Christmas time! 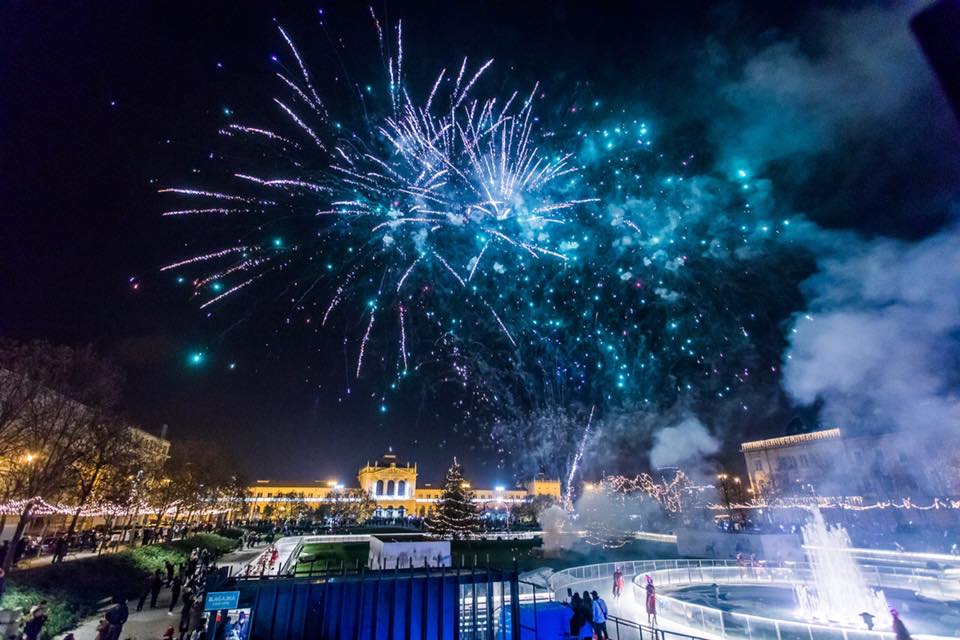 Photo: Opening of the Ice Park in Zagreb,

The Christmas fairs in the cities across Croatia usually start on 1st December and last till the beginning of January. There are two big dates during the festive season. The first one is Christmas Eve on 24th December and the second one is the 31st of December, or New Year’s Eve when people are celebrating the passing year and greeting to the new year.

In this festive season, all main squares in towns across the country are decorated in Christmas themed ornaments and thousands of twinkling lights. 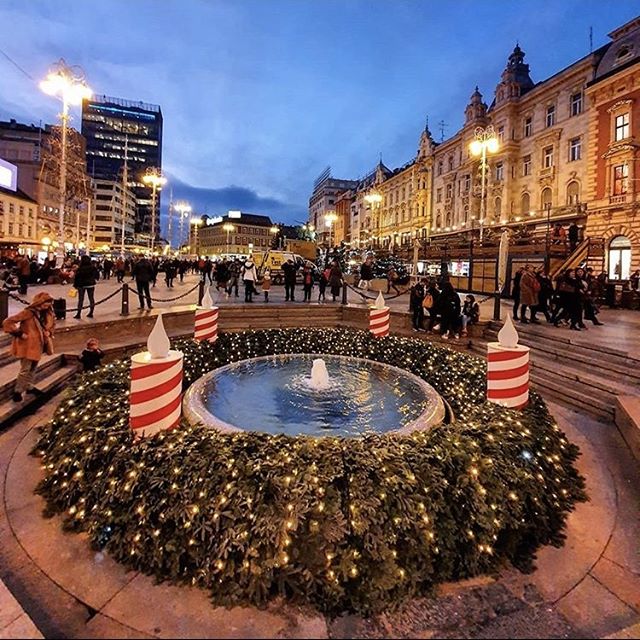 The largest Christmas Fair in Croatia is taking place in the capital city, Zagreb. It was named the third-best Christmas market in the world in 2019 and the city of Zagreb is also the proud holder of the title of the best European Christmas market for 3-years in a row 2016, 2017 and 2018. 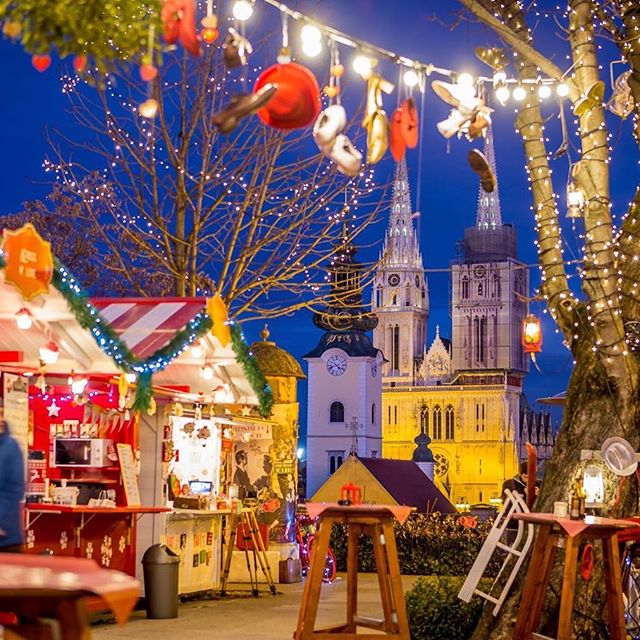 Yes, you read it well, the capital of Croatia won over other cities in Europe with a long tradition of Christmas fairs and it has a bronze medal in the world.

Alongside the capital city, other cities across Croatia are having local fairs and the number of locations is arising each year.

This year the Christmas Fair in Zagreb again amazes its many returning visitors and new ones with even richer Advent in Zagreb program than previous years. 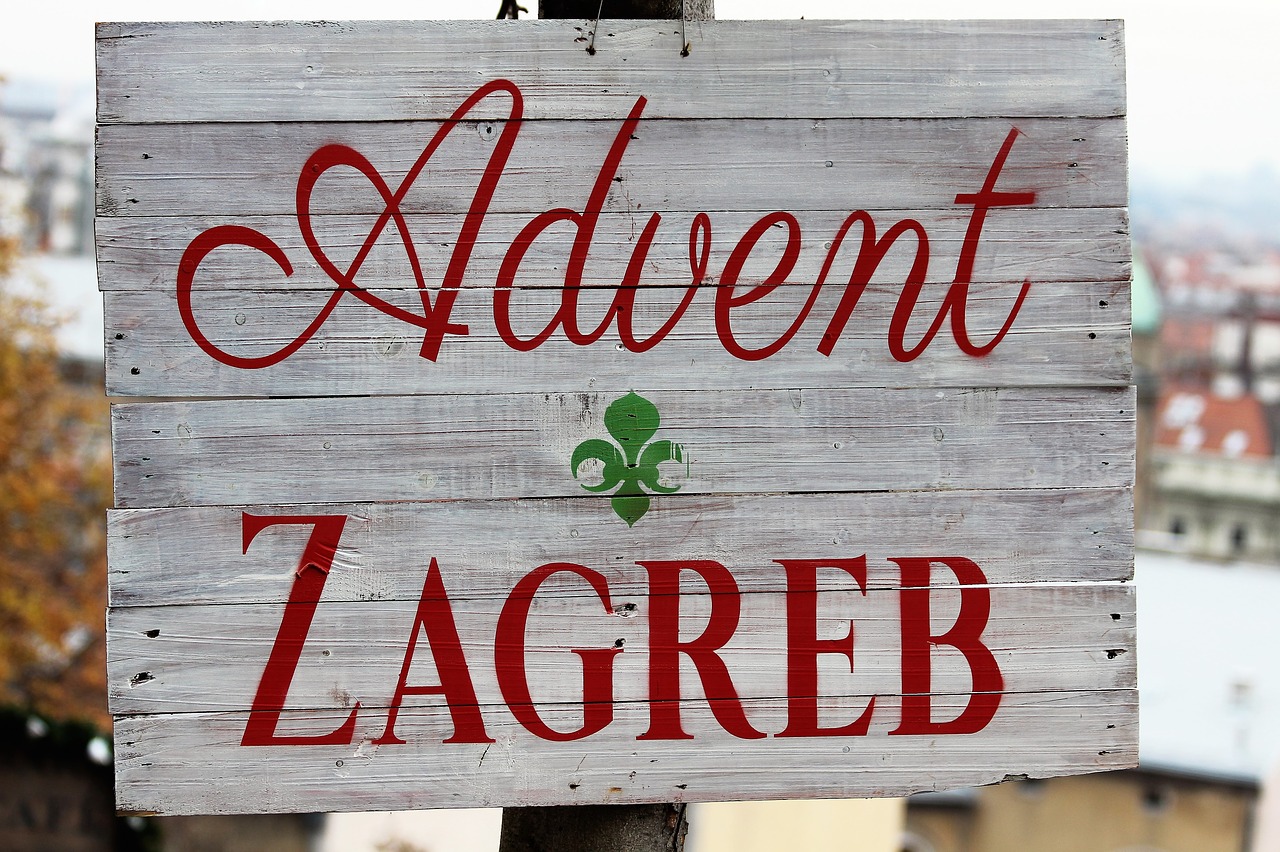 The award-winning Christmas fair is taking place from the 30th of November 2019 till the 7th of January 2020 on many locations around the Croatian capital.

The Nutcracker in Zagreb Christmas Fair

The theme of this year's fair in Zagreb is the character of the Nutcracker, which originates from the world-famous Ukrainian classical ballet. All city locations where the Zagreb Christmas fair is taking the place are decorated with figures and photos of the Nutcracker. 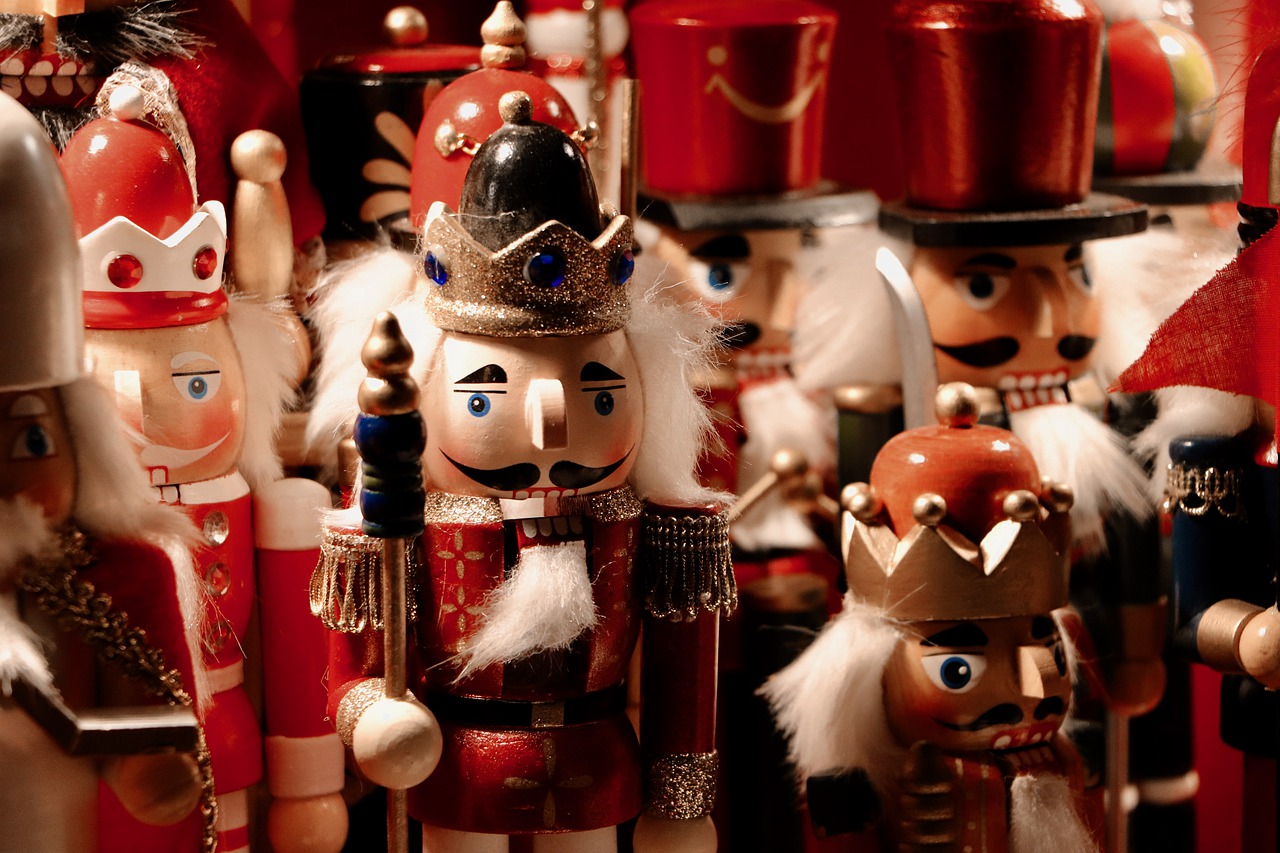 The Nutcracker ballet is very popular in Croatia, especially in the holiday season. This classical Ukrainian ballet is being traditionally played in theaters in December all over the world and so it is in Croatia. Visit the Croatian National Theater website to check the schedule for the show of The Nutcracker.

The figure of Nutcracker in the past was a very common choice for Christmas presents for children. It is a belief that Nutcracker protects and brings happiness. Lately, the Nutcracker character is becoming more and more popular as Christmas decorations. 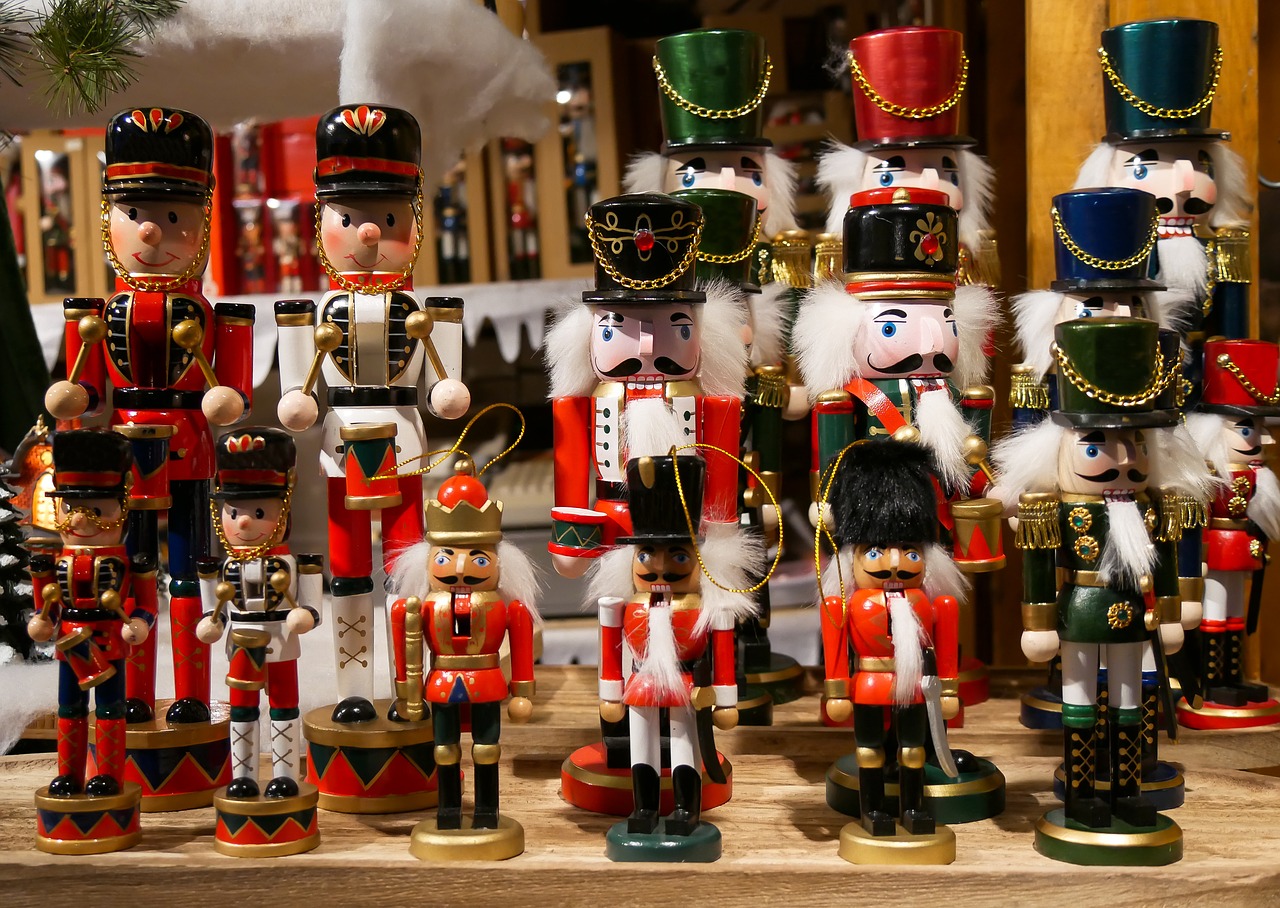 Photo: The Nutcracker Figures in the shop window, www.pixabay.com

During December, one of the locations specially dedicated to the Nutcracker character is a popular Oktogon passage near the close to the main square.

What is there to do at Zagreb Christmas fair

The Tourist Board of Zagreb for this year's edition of Christmas fair prepared a sheer offer of a variety of open-air events, including concerts for all ages and tastes, artisan market places, rich gastronomic offers and special events for children.

What is going on in established Christmas fair locations in Zagreb you can check at the following link: Advent in Zagreb official program.

As the Christmas Day and New Year’s Eve are approaching, the spirit of the festive season and merriment is taking over all the main squares and streets of Zagreb.

Here is our top pick of things to do in Zagreb during Christmas fair season, including special activities for families with kids: 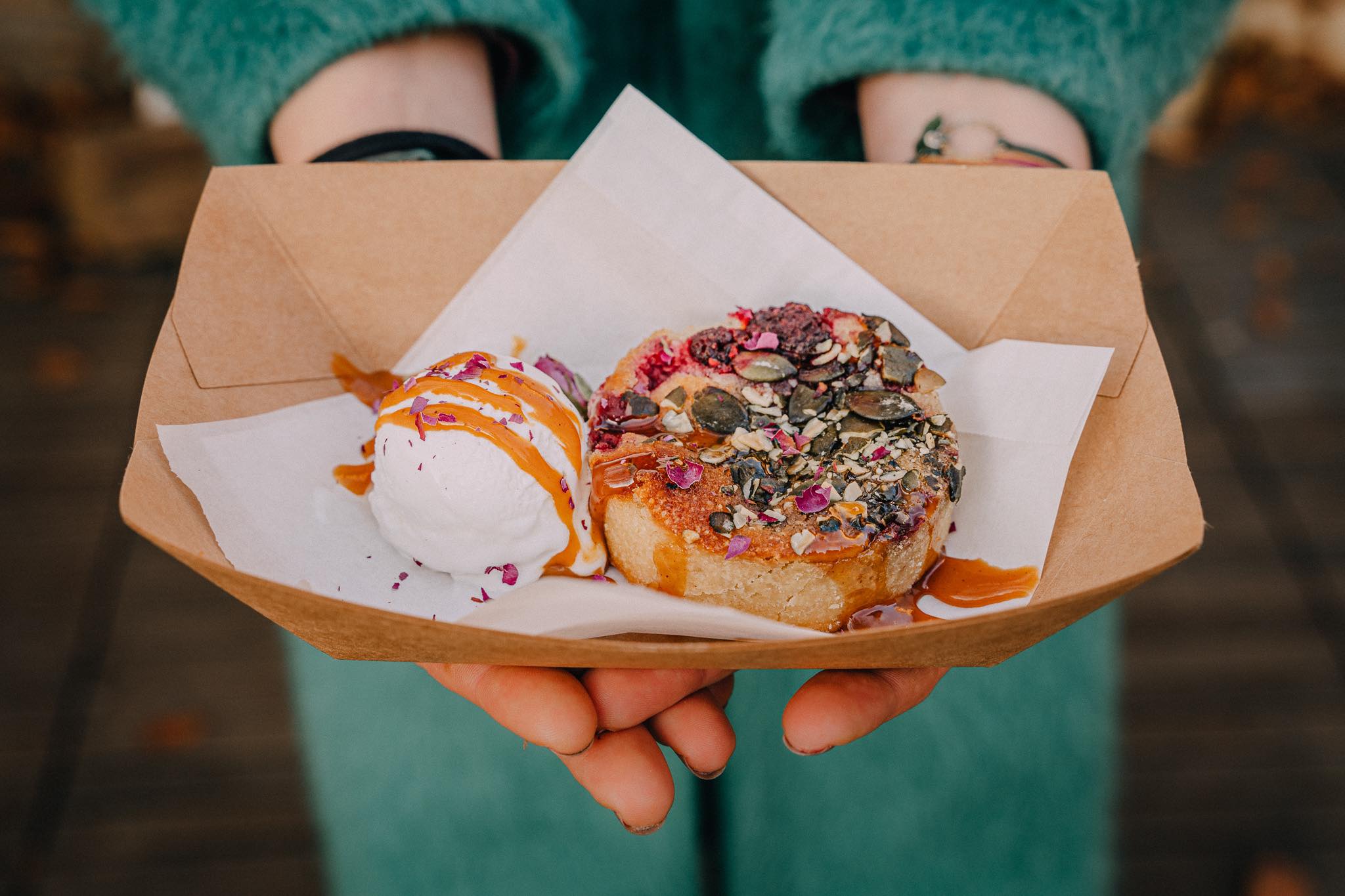 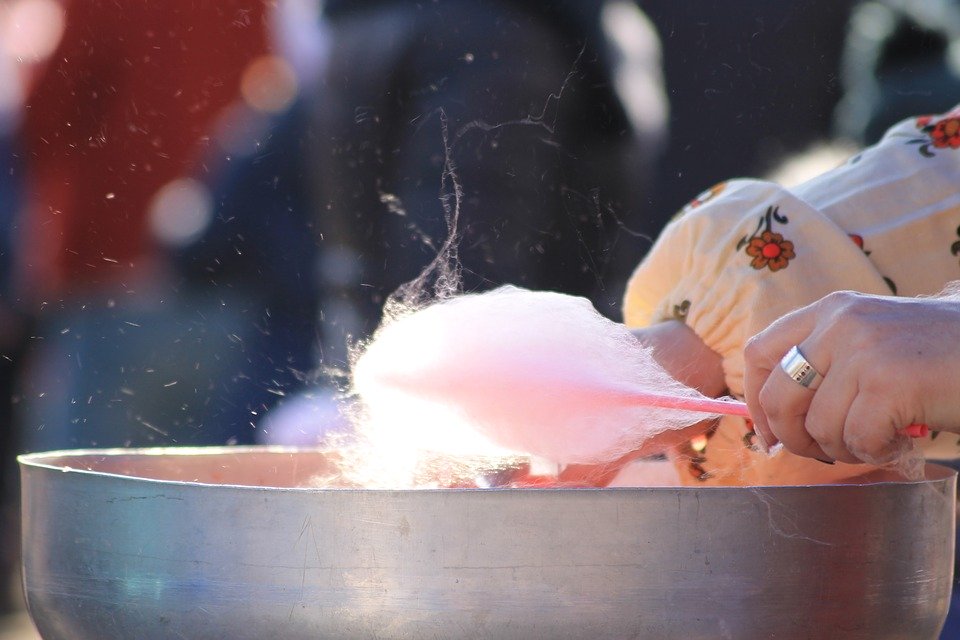 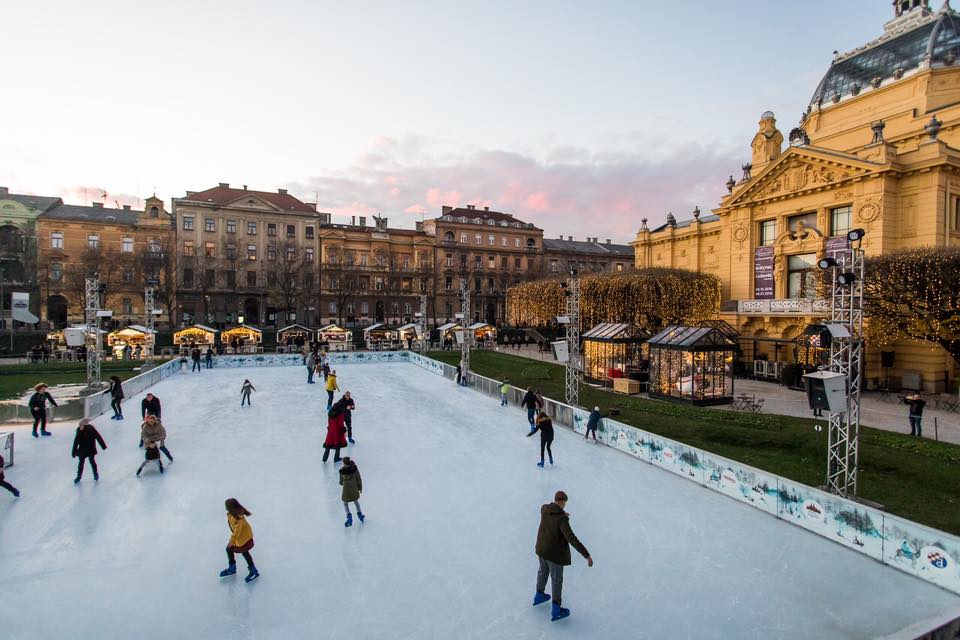 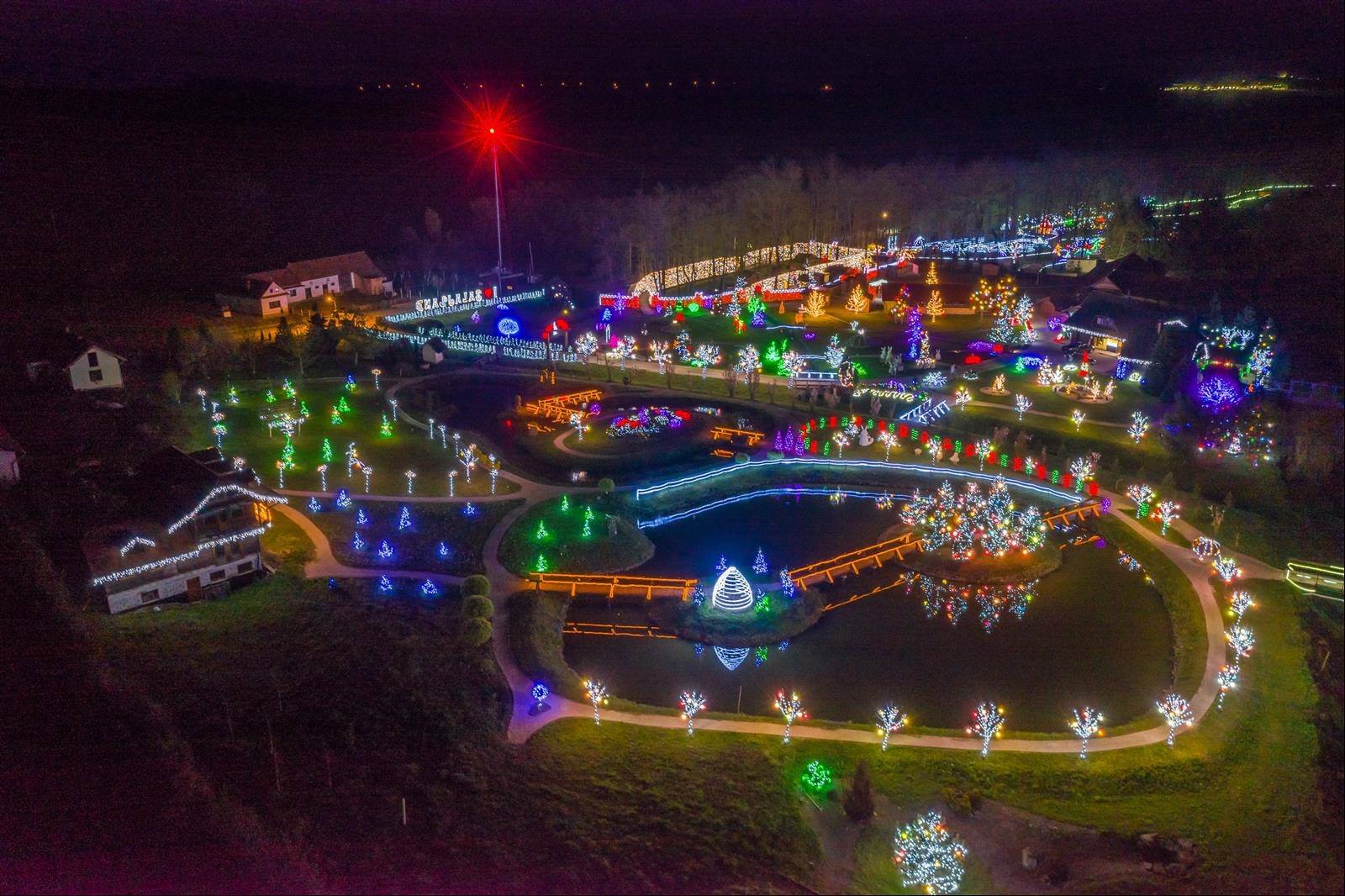 Photo of Salajland estate by nights with lamps turned on by www.salajland.com

The Christmas Story of the Salaj family

If you are visiting Zagreb in December and looking for a fun thing to do, take the half-day trip to Salajland and you won't regret it!

The Salajland is Christmas Village located a 1-hour drive from Zagreb. It is the private estate run by the Salaj family who is telling their Christmas story by incredible decorations made of more than 5 million lightning bulbs. Can you imagine this? 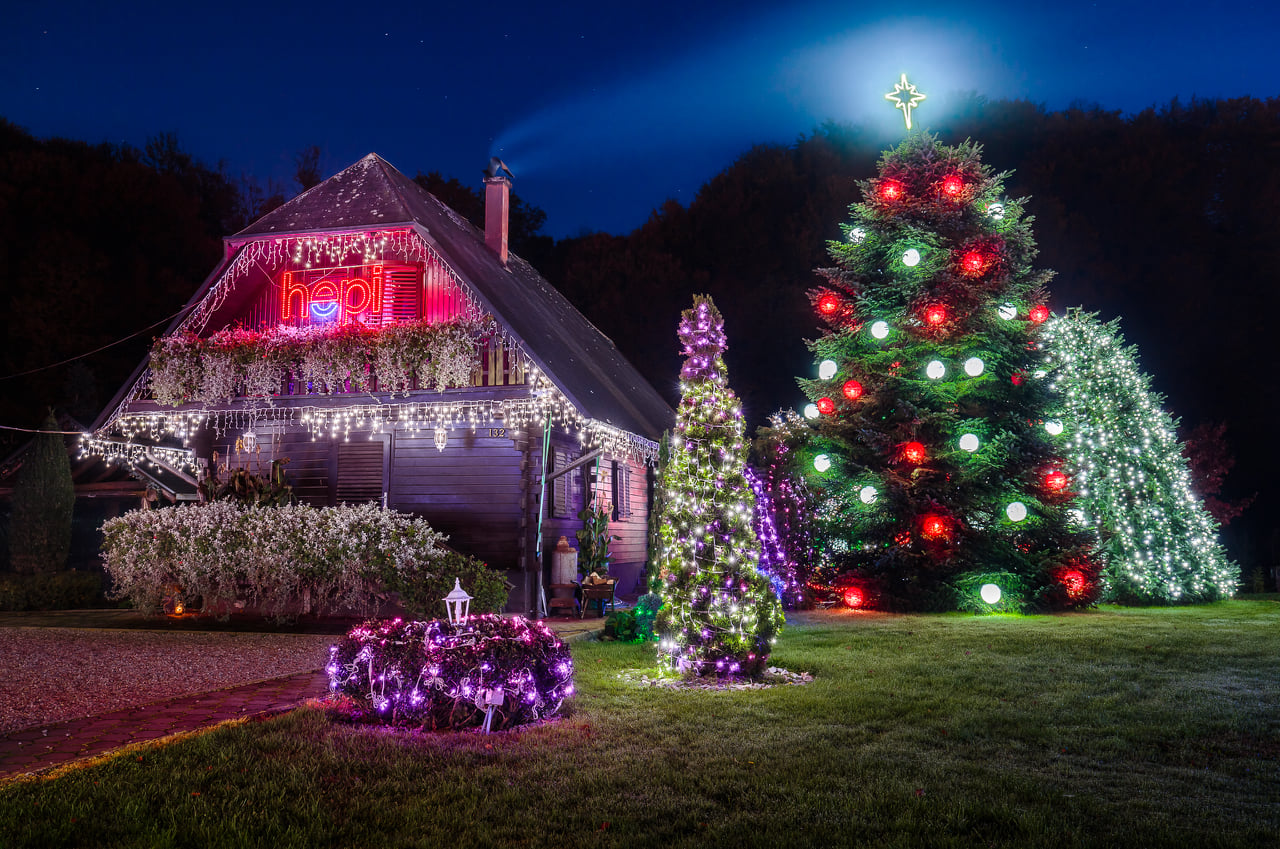 What is there to see in the magical Salajland you can preview in the following video:

The Salajland is open every day from 29 November 2019 to 12 January 2020. Admission ticket is 40 kuna per person, children under the age of 7 and disabled persons have free entrance.

The easiest way of getting to the Salajland is by car. On Fridays and Saturdays from 6 to 28 December, there is even the Christmas train connecting Zagreb city and Salajland.

Christmas Fair in Split – The Festival of Winter Joys

The Christmas fair in Split is taking place from 29 November 2019 to 2 January 2020. The Tourist Board of Split prepared promo video showcasing what is there to see and experience in Split during Christmas fair season. Take a look! 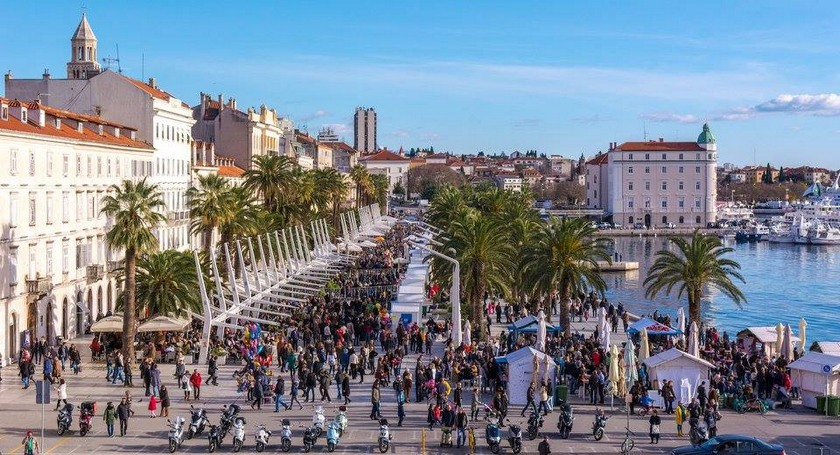 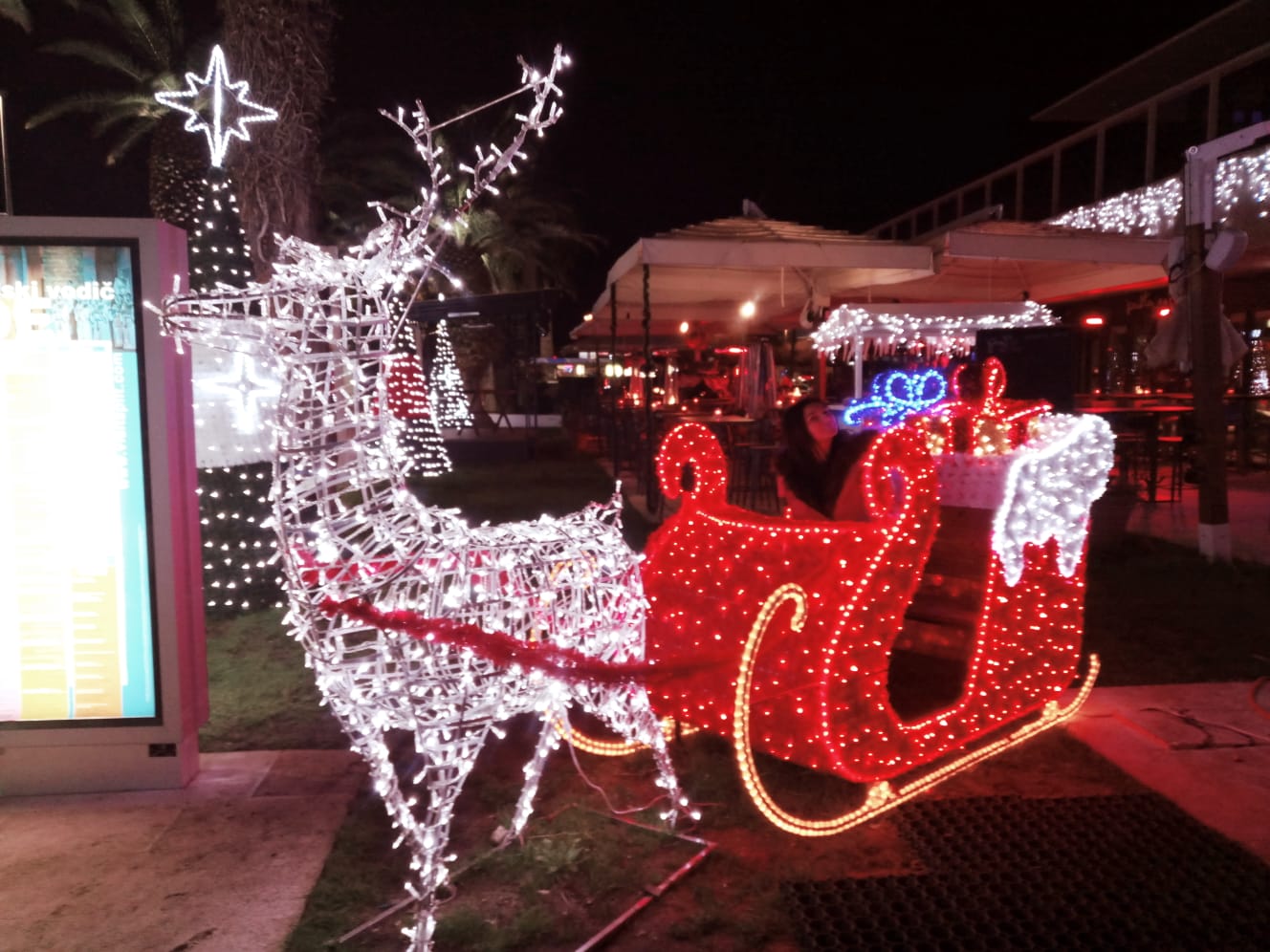 With several different locations, a special addition to the traditional advent in Split is a big ice skating park that is cheering up evenly kids and adults too. Advent in Split brings entertainment, joy, music, and art to Split residents and visitors from Croatia and all over the world.

Thanks to its Mediterranean climate, the city of Split has mild winters and the visitors are likely to experience a lot of sun rays during the day. 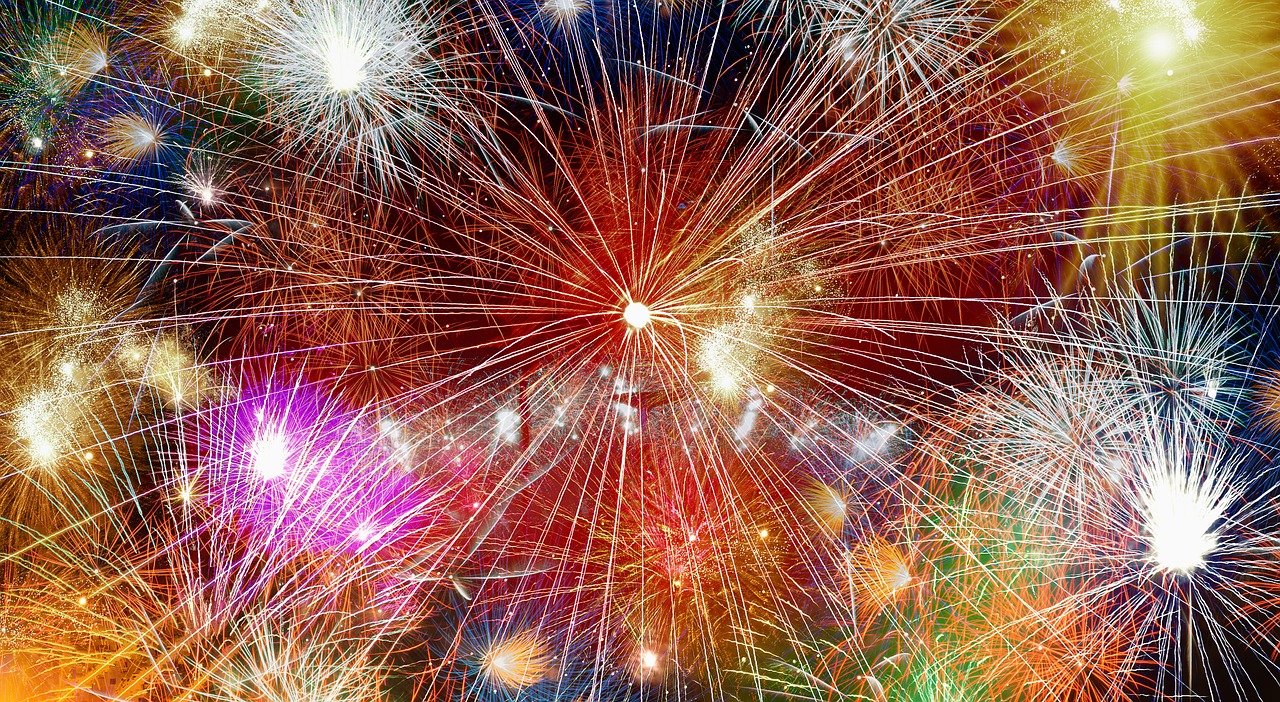 The highlight of the festive season in Split definitely happens on New Year’s Eve. In the anticipation of the New Year, the locals and the visitors are warming up at Riva while enjoying the music coming from a big stage. At midnight there is a huge firework and friendly people are cheering up to the New Year!

In 2018, Dalmatia got its first Christmas village, thanks to the visionary Lucic family.

In the second year in a row, at the private estate of Lucic family in a small village in Dalmatian hinterland, the magical Christmas story is taking place. 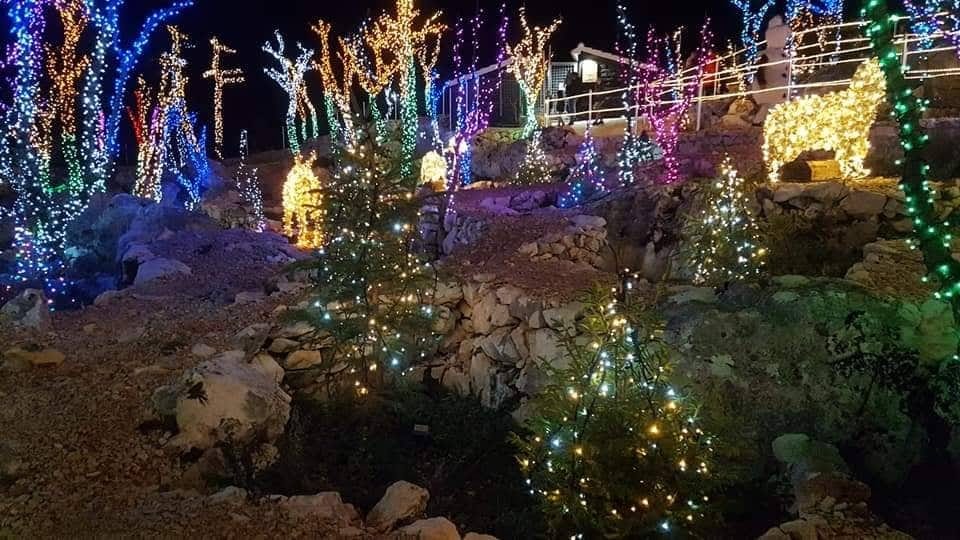 Photo: Christmas Village in the hinterland of Split

The Christmas village in Split Hinterland is open daily from 30 November 2019 to 6 January 2020 with the exception of 24 December and 31 December.

In addition to many lightning installations and decorations for visitors and especially children have the opportunity to meet different domestic animals and learn about them.

Visitors are welcomed by Santa Claus, the can meet Olaf and see the Grinch who is chained so he can't steal the Christmas. There are also several stalls offering warm drinks and food that come from local producers. 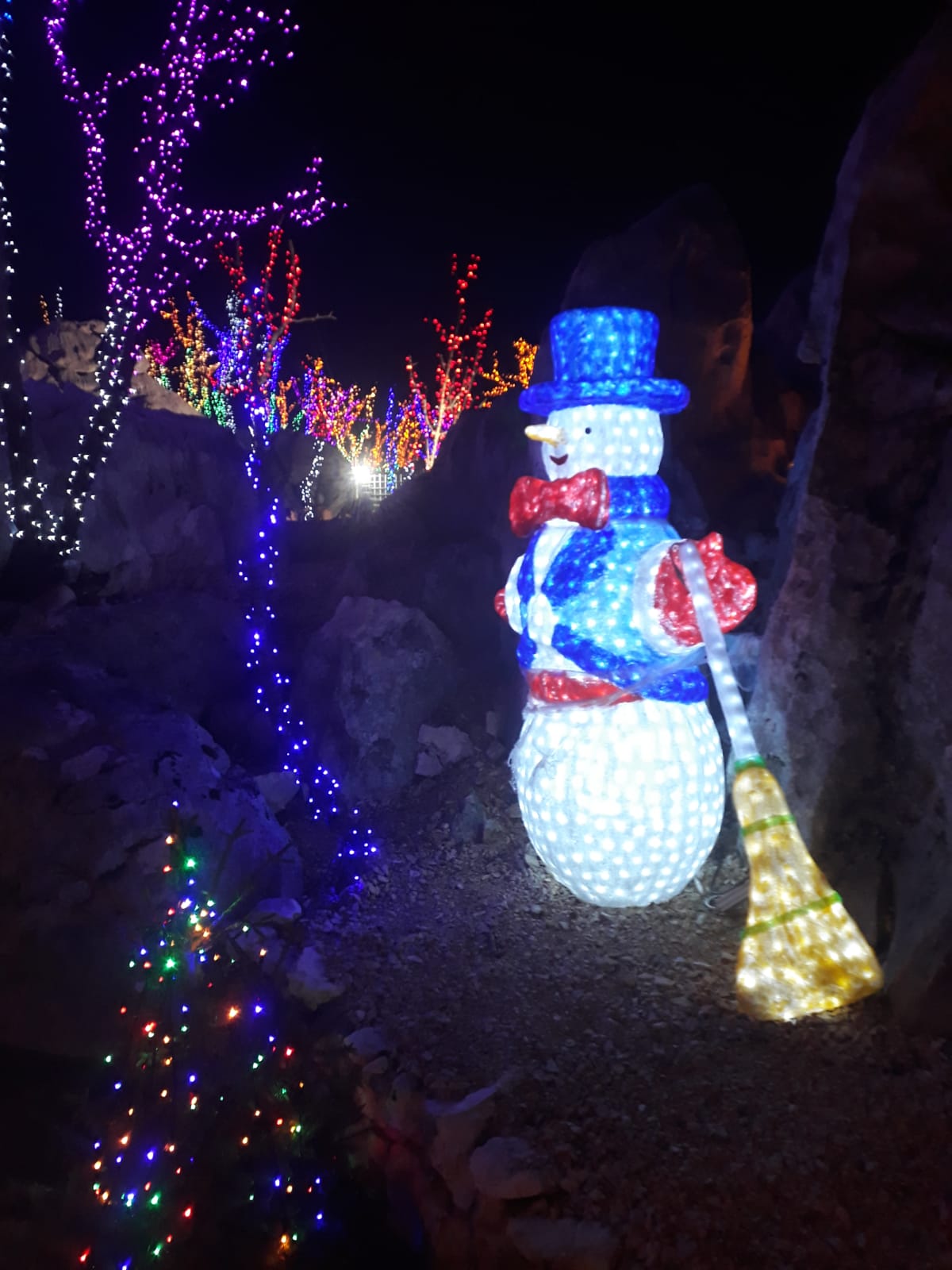 Photo: The Snowman in Christmas Village

The best way of getting to the Christmas Village of Lucic family is by car or taking the private transfer service.

More information and photos of this thrilling Christmas story you can check at their official web site and Facebook page Bozicno Selo Gornji Dolac. 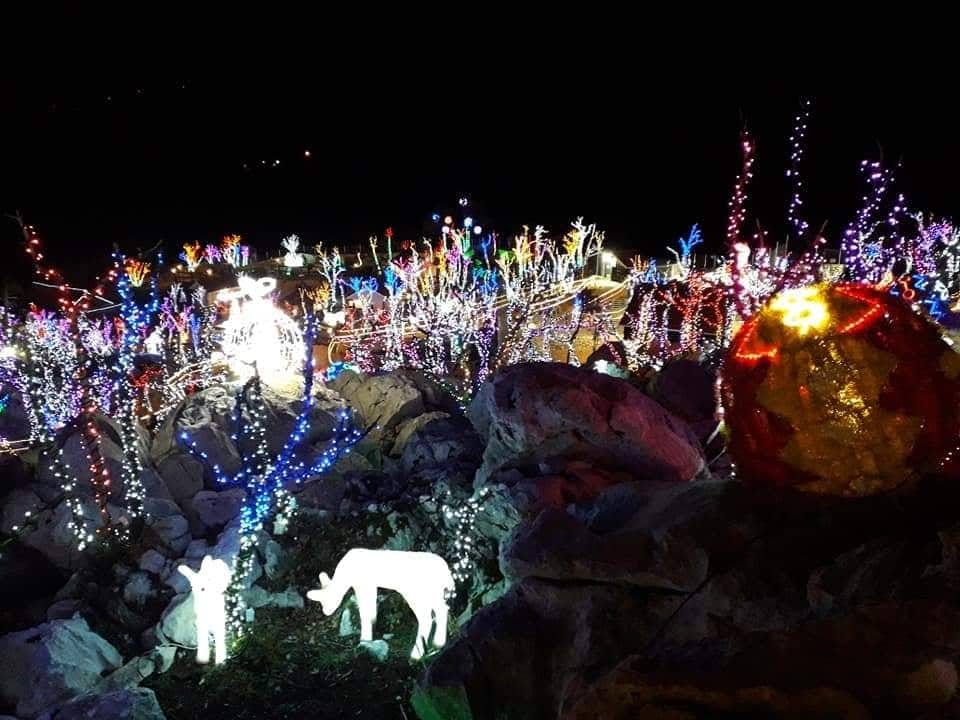 Dubrovnik is amazing all year round and the winter period of Christmas season gives it the extra charms. 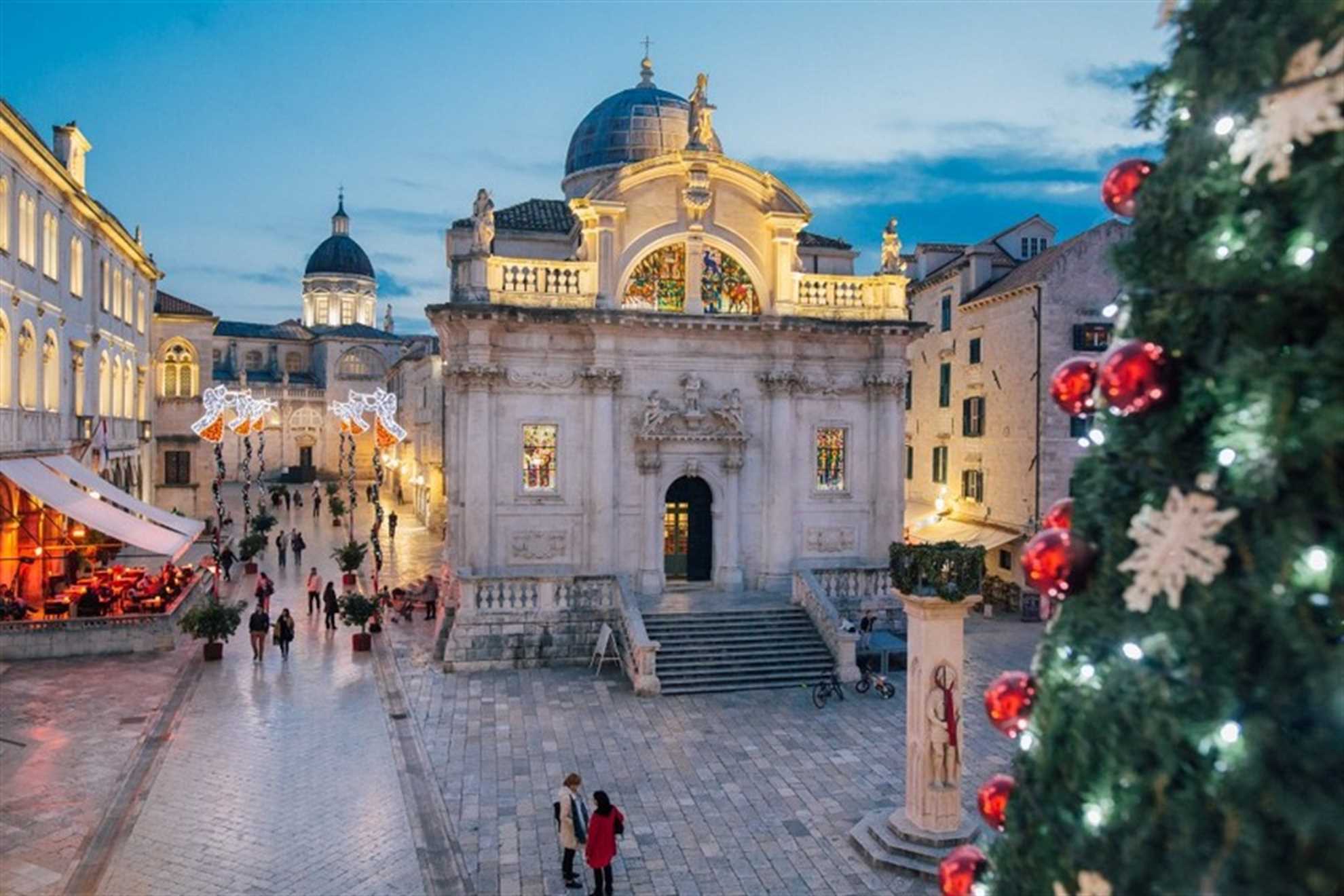 If you ever asked yourself does Dubrovnik has a Christmas fair, we can confirm Dubrovnik does have an amazing Christmas fair! Even more, Dubrovnik is hosting The Dubrovnik Winter Festival with many events and entertainment programs through the winter season.

The festival is running every year, usually from mid-November to Easter time, ending before the start of the spring season. 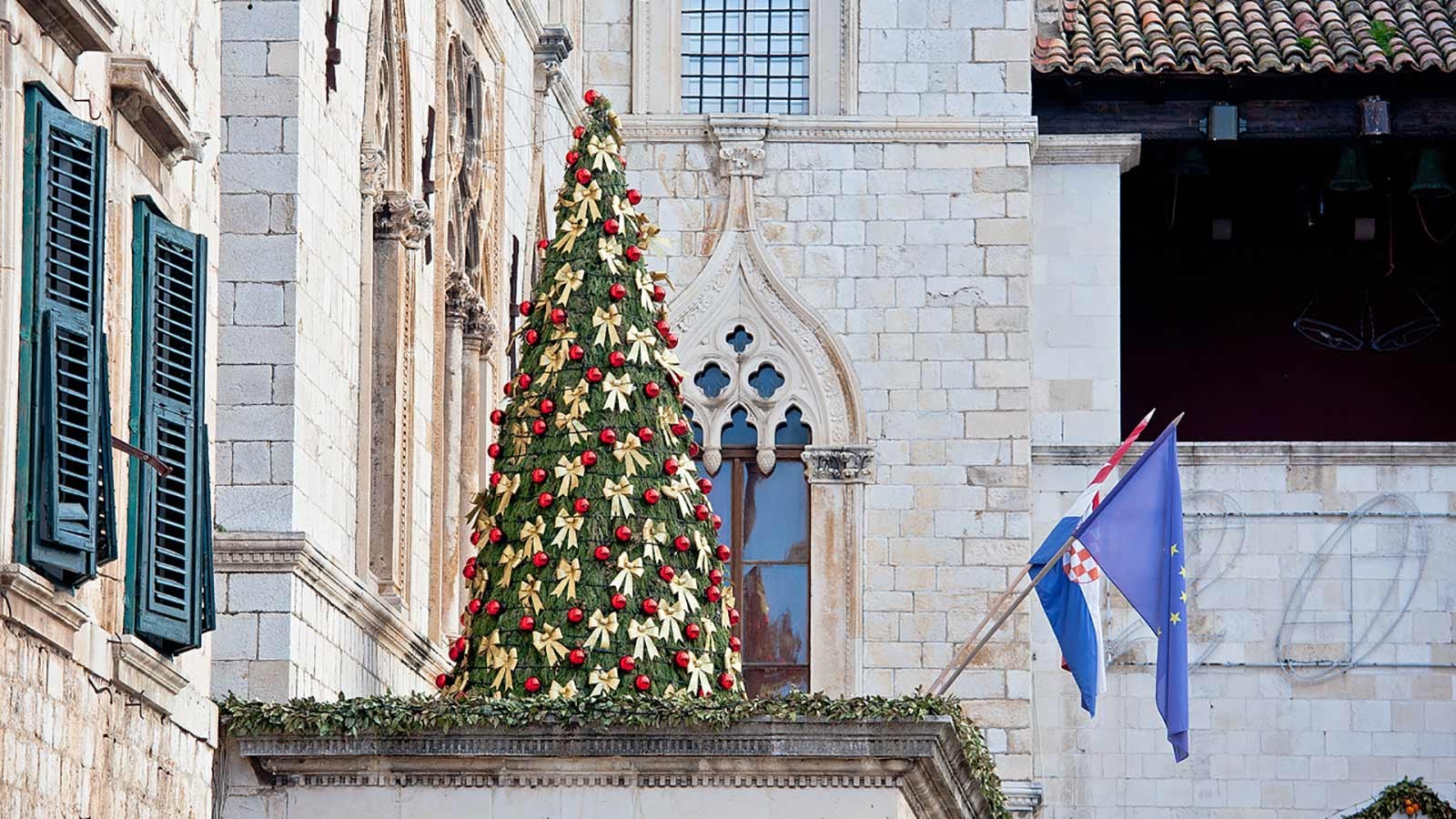 Dubrovnik is truly an all-year-round destination! Located on Adriatic, blessed with mild winters and a lot of suns, Dubrovnik offers a pretty different ambiance of the Christmas season than other places.

Take a minute and watch the video that sums up the events during Christmas fair in Dubrovnik, by Dubrovnik Winter Festival

The Christmas fair season and Advent festive in Dubrovnik are starting earlier than in other cities, usually in the middle of November and lasts till the beginning of January. This year's advent in Dubrovnik is taking place from 29 November 2019 to 8 January 2020. You can check the full description of the Dubrovnik Winter Festival and the description of all events here. 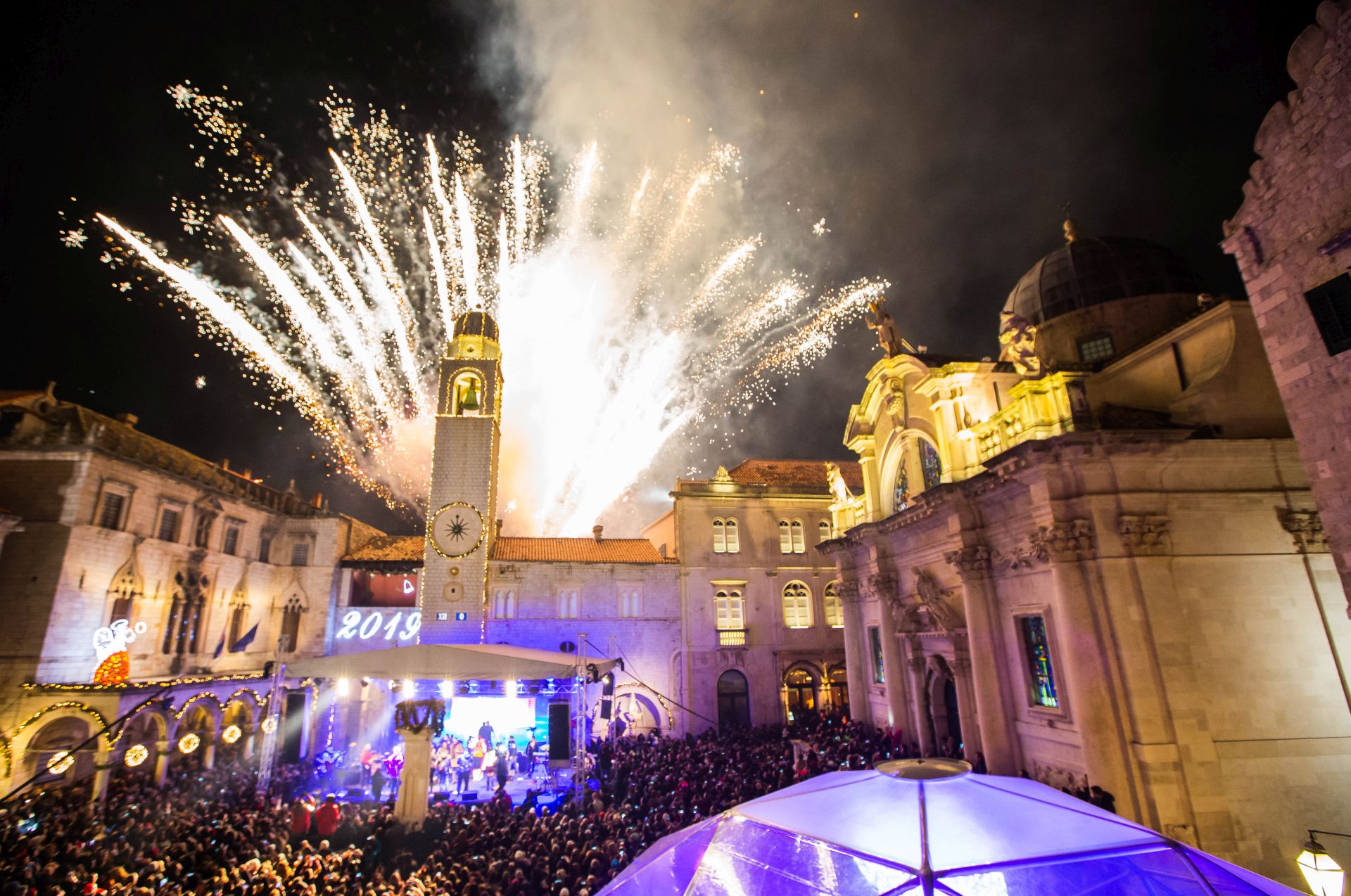 The Stradun, the main street of Dubrovnik’s old town is the main location of the Christmas fair in Dubrovnik. Along the Stradun you can buy find many stalls serving drinks and food, selling homemade products and handicraft souvenirs. 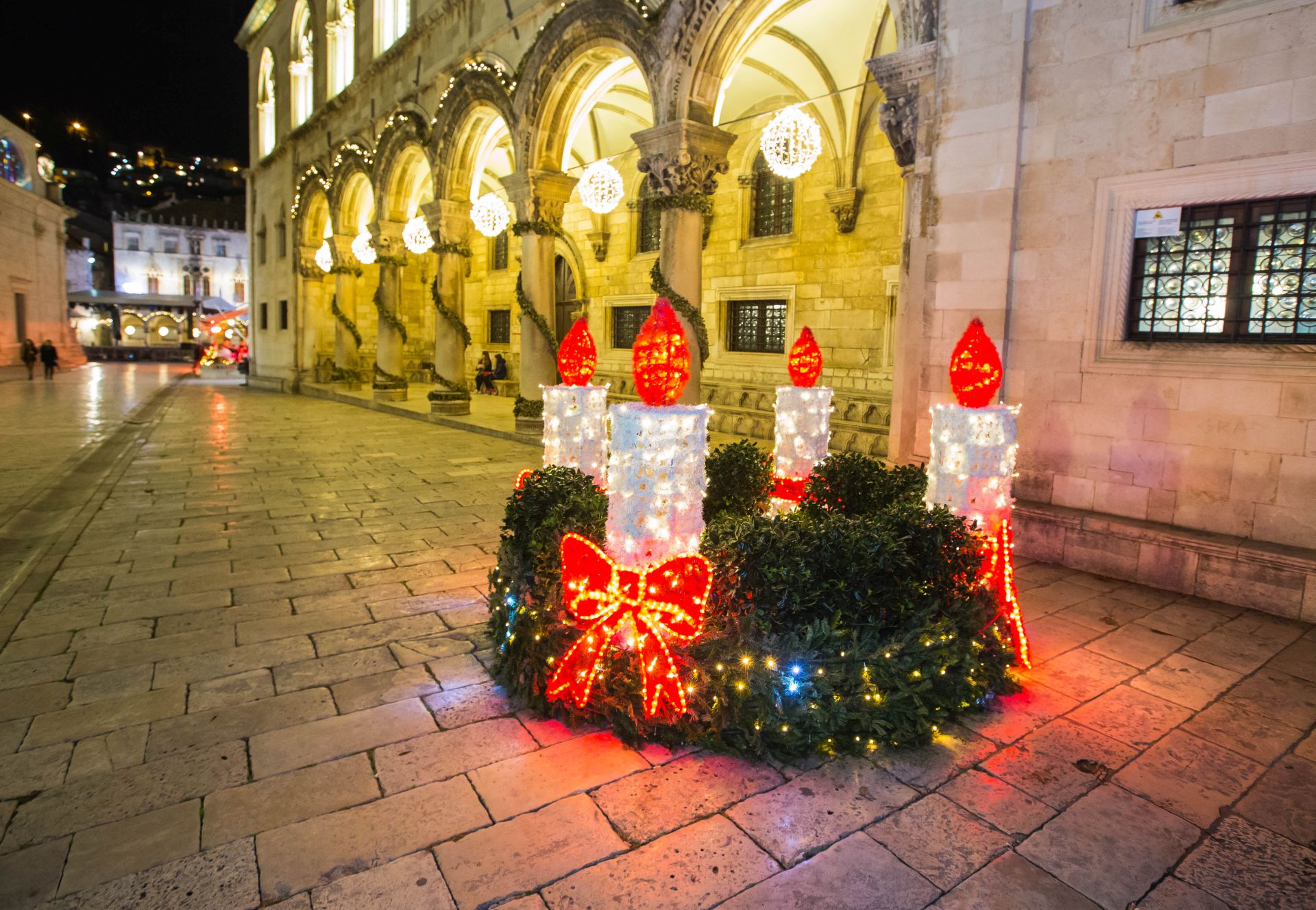 During the evenings, many musical events are being held to entertain and warm up the residents and visitors.

When the Christmas fair in Dubrovnik comes to its end, the locals do not enter the winter sleep. They start with actively preparing for the big Festivity of Saint Blaise, the patron of Dubrovnik, which is taking place on the 3rd of February. 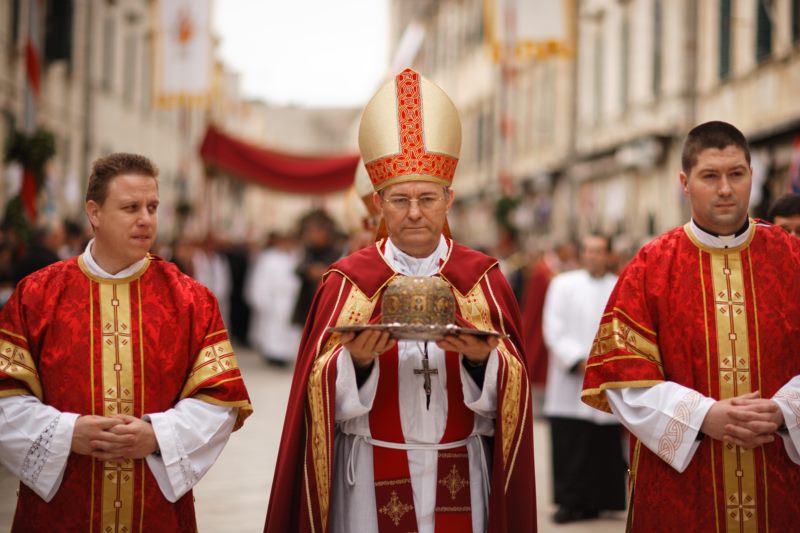 Photo: The Festivity of Saint Blaise in Dubrovnik

Visit Dubrovnik in winter and spend the Christmas season in merriment ambiance of this beautiful city while celebrating with friendly locals!

Adventura is taking place in Sibenik, the charming seafront Mediterranean city located at the mouth of the Krka River.

The Christmas Fair under the name Adventura is starting on 6 December 2019 and ends on New Year's Day, 1 January 2020 and it is taking place on several locations around the center of Sibenik. 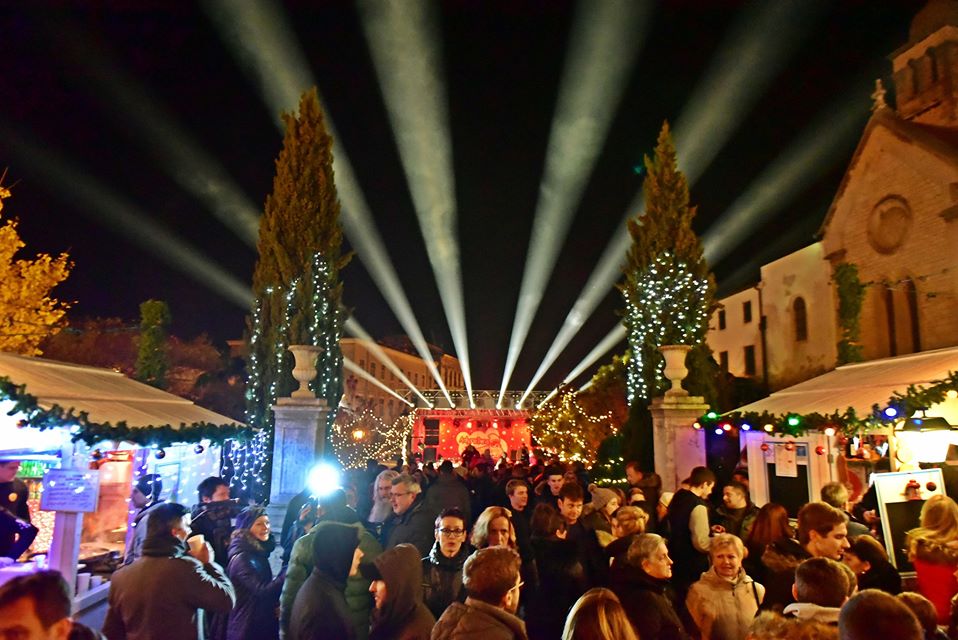 The city of Sibenik is the leader of running the plastic-free Christmas in Croatia. Last year, Adventura in Sibenik was the only completely plastic-free Christmas fair in Croatia and it showcased it is possible to hold such a big event in an eco-friendly manner. All participants, including different organizations, exhibitors, sellers, and visitors joyfully and easily implemented and accepted this eco-friendly initiative. 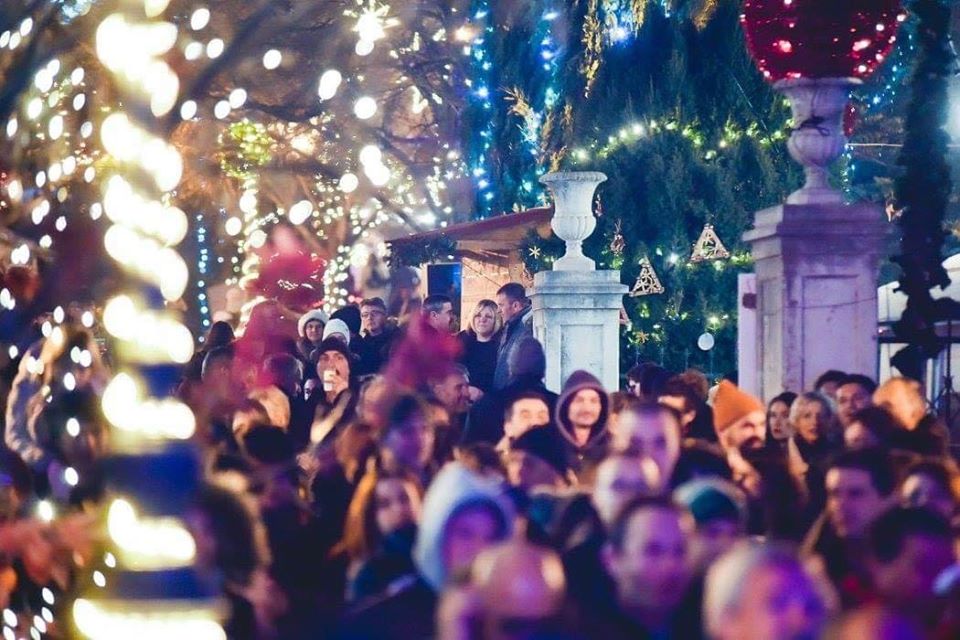 This year, other cities in Croatia are trying to implement those good practices and even the capital of Zagreb announced they are encouraging the reduction of using the plastic items during the Christmas fair. They stimulate the use of recyclable materials, paper cups, and paper bags.

To get insight into the merry ambiance of the Sibenik's Christmas fair, watch the following video:

Although Croatia is mostly perceived as a summer holiday destination, it becomes more and more attractive as a wanted destination for a Christmas season.Christmas fairs across Croatia are growing from year to year, not just in a number of decorations and lighting installation, but in the number of visitors.If you already visited some of the Christmas fairs in Croatia, we will be happy if you share your experience or photo with us!

Wishing you a merry holiday season! 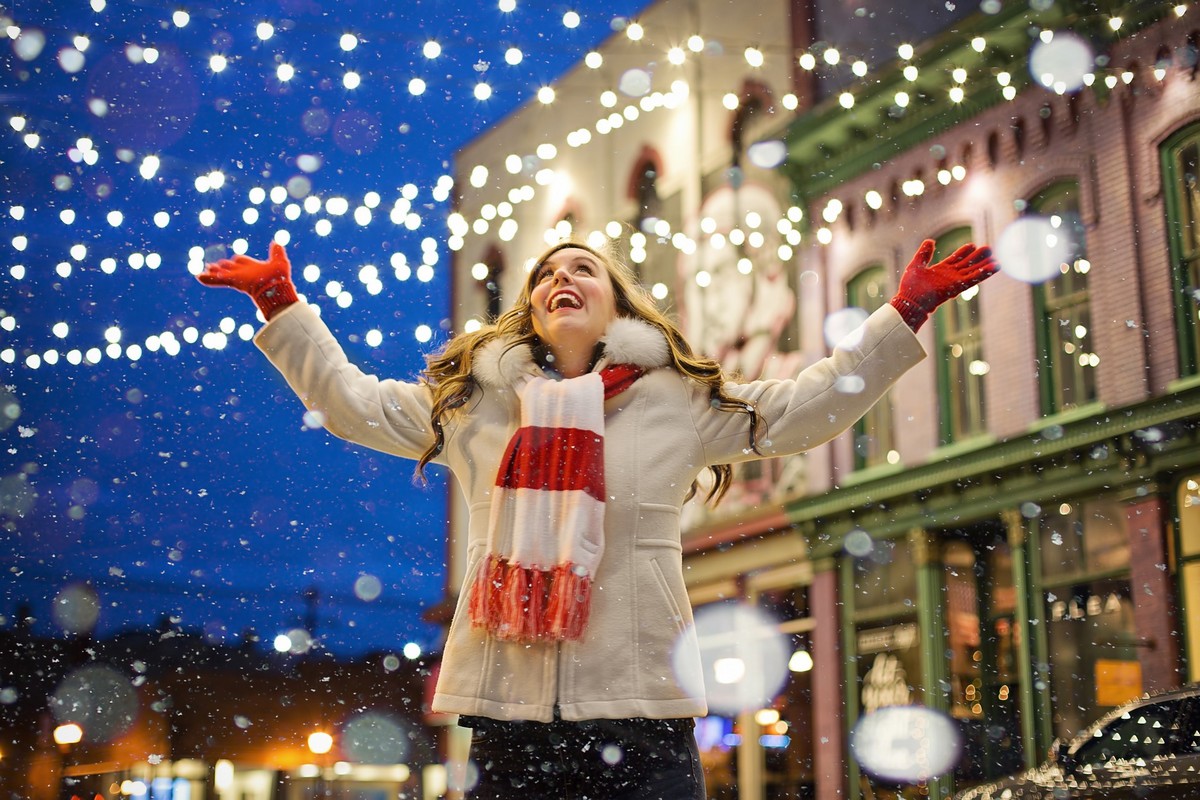 Why You Should Visit Croatia for Christmas Market 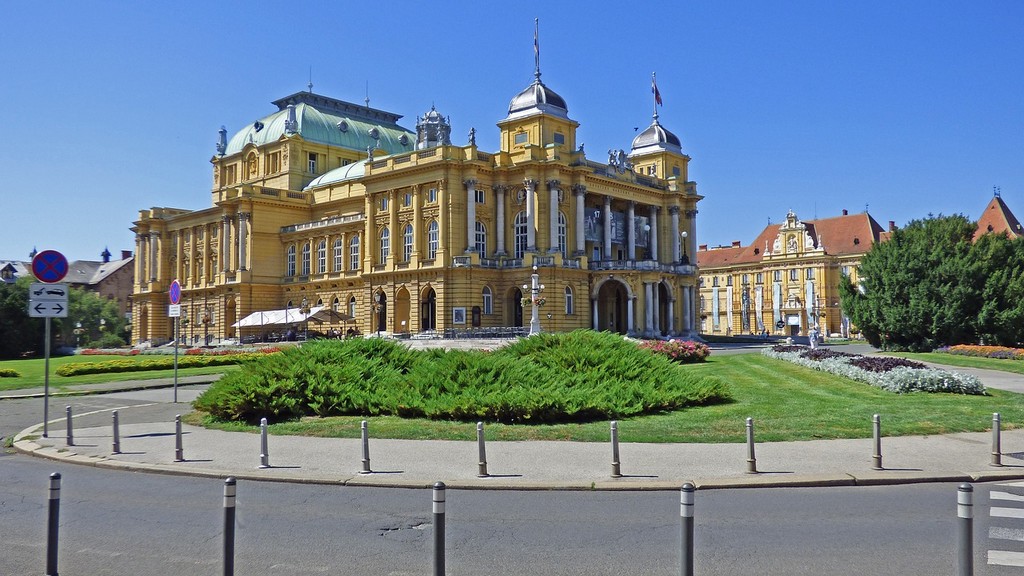 As we already mentioned in one of our previous blogs, life returns to Zagreb in Autumn. The citizens are back from their summer vacations at the sea and there are many more tourists and events in the city.