1. About the Island Mljet

Mljet Island is situated in South Dalmatia, northwest of Dubrovnik city with which is connected with regular ferry boat lines. It is also easily reached by excursion boats from islands Hvar, Korcula, peninsula Peljesac and from mainland cities Dubrovnik, Makarska, and Split. The Mljet Island is the most forested island in the Adriatic Sea and there is the oldest preserved Aleppo pine tree forest in this national park. The water from salt lakes pours in and out from one to another and into the sea through cracks in soil that surround them. 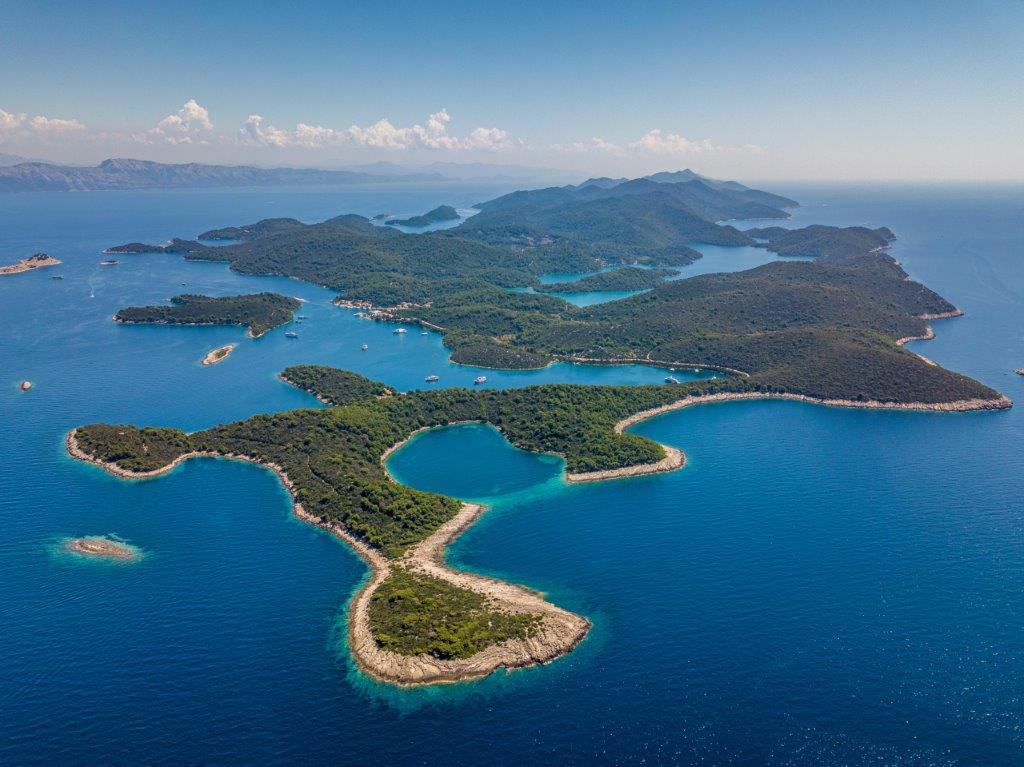 2. Why you should visit National Park Mljet

Mljet National Park is the recommendation for the ones who are adventurous and the ones who enjoy amazing natural sceneries. Bike routes, hiking routes, kayaking, scuba diving, and of course swimming are just part of the activities you can do while visiting Mljet while on holiday with your family and friends.

One of the best ways to explore Mljet is by renting a bike, kayak, or canoe. Renting a kayak or canoe would allow you to paddle the lakes yourself. You could even take yourself to the Isle of St. Mary.

If you are a lover of untouched nature, be sure to visit this beautiful Island and go exploring.

The Island is often called “the most seductive island of the Adriatic”, even Prince Charles visited the Island twice. 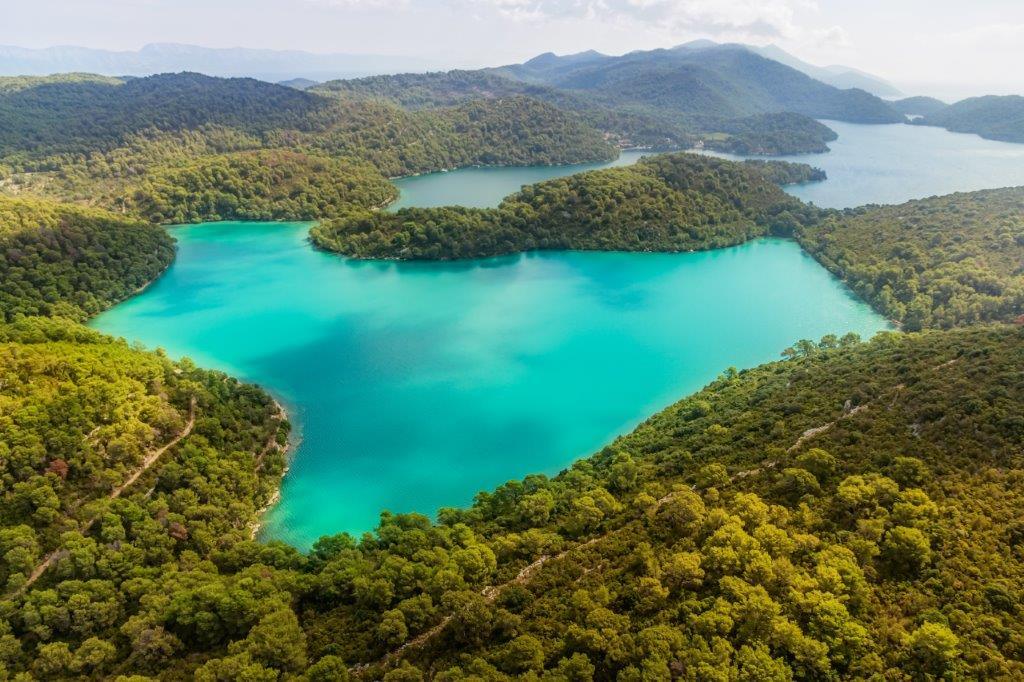 The Nature Park Mljet by 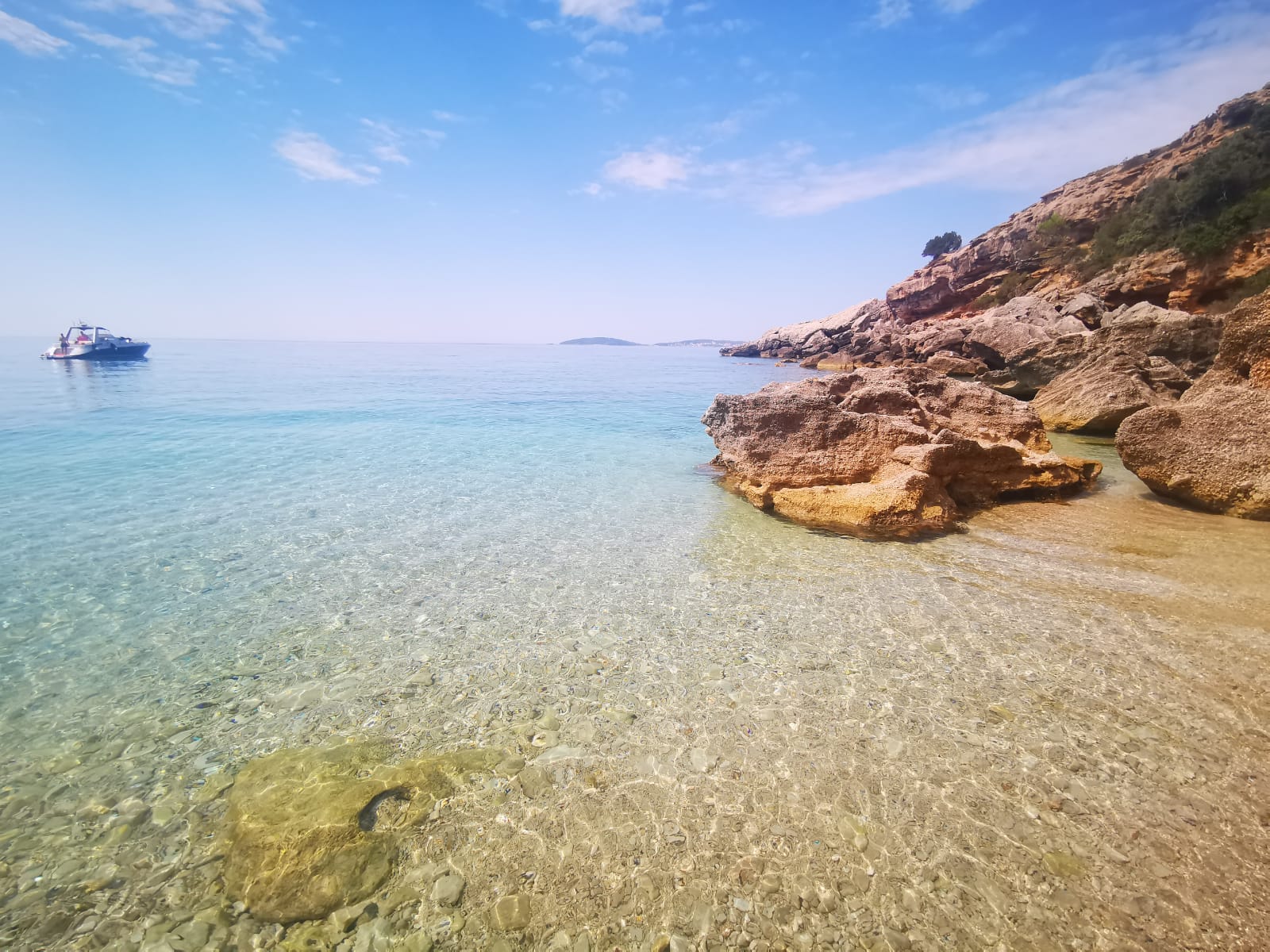 One of the amazing Beaches on Mljet by

3. What to do and see in the National Park

Apart from the breathtaking nature that you can see on Mljet, there are a lot of other things that you can while exploring.

The most popular things to see are the Lakes: Veliko Jezero and Malo jezero (big lake and small lake). On a small islet, in the middle of Large Lake, there is a small Church of Our Lady, dating back to the 12th century- the Benedictine monastery. There are shaded paths around both lakes, ideal for cycling and hiking. The water in the lakes is warmer than in other parts of the Adriatic Sea, and you can swim and sunbathe here from April to October. Cars and other motorized vehicles are forbidden in Mljet National Park. 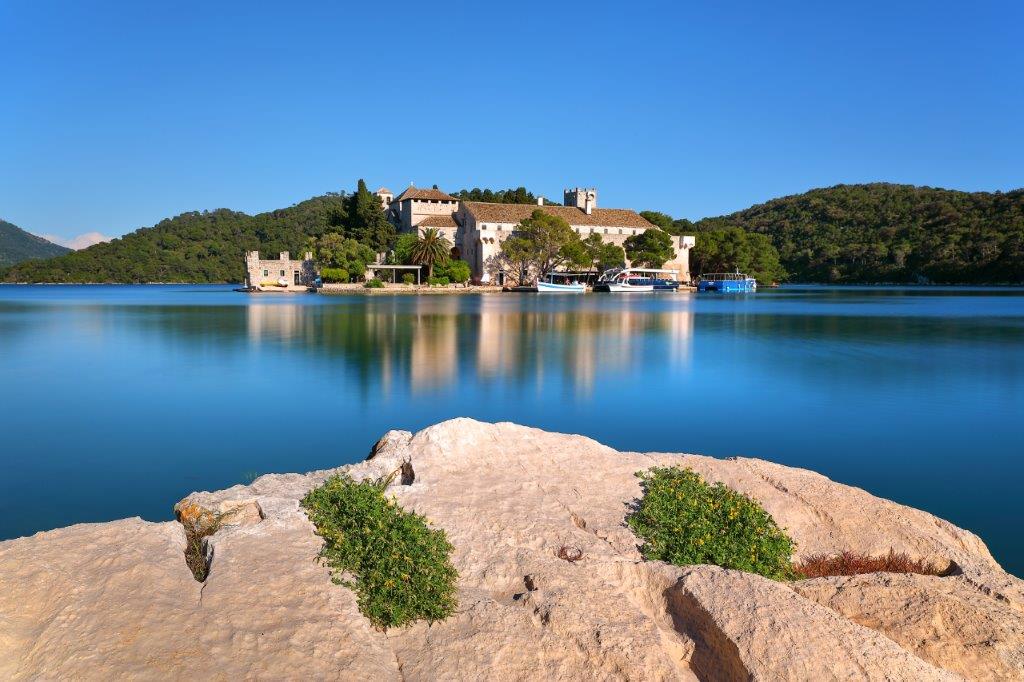 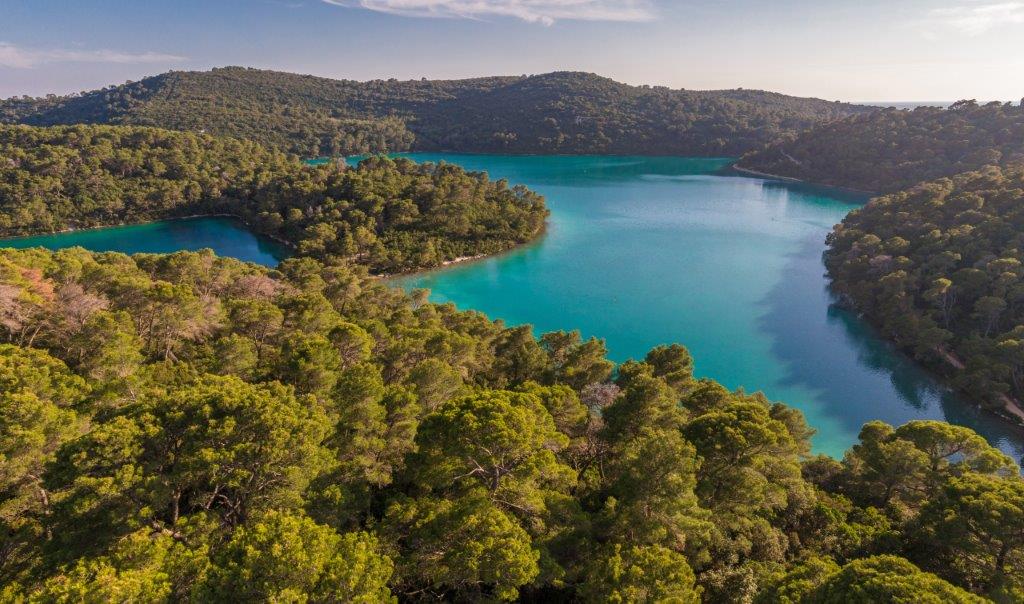 The Monastery today is known as the Restaurant Melita, an ideal spot for refreshments for guests. Some of our other recommendations for restaurants on Mljet island are:

One of the top tourist attractions of Mljet National Park is Jama, better known as the Odysseus Cave, close to the town Babino Polje. According to the legend, Odysseus was shipwrecked and took shelter in this cave. He was charmed by the nymph Calypso and remained on the island Mljet for seven years before he was released by the gods. 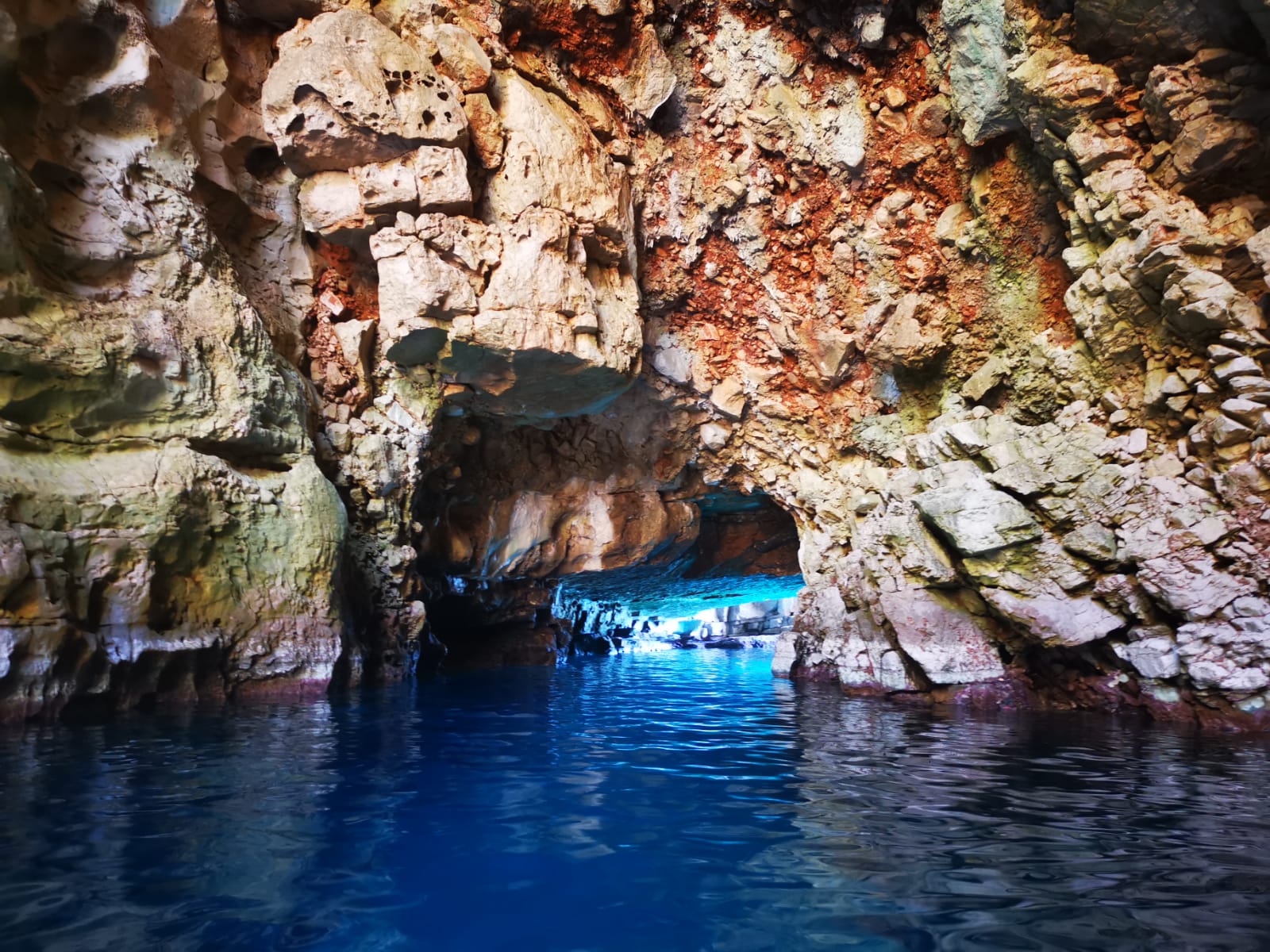 Some historians believe that, by describing Ogygia, Homer actually wrote about the island of Mljet. Others doubt that. Whatever the answer may be, a cave bearing the name of Odysseus still stands there carved in stone.

This cave can be reached by a small boat, kayak or you can hike down to the sea (although steep steps will be encountered) and then swim inside the cave yourself. 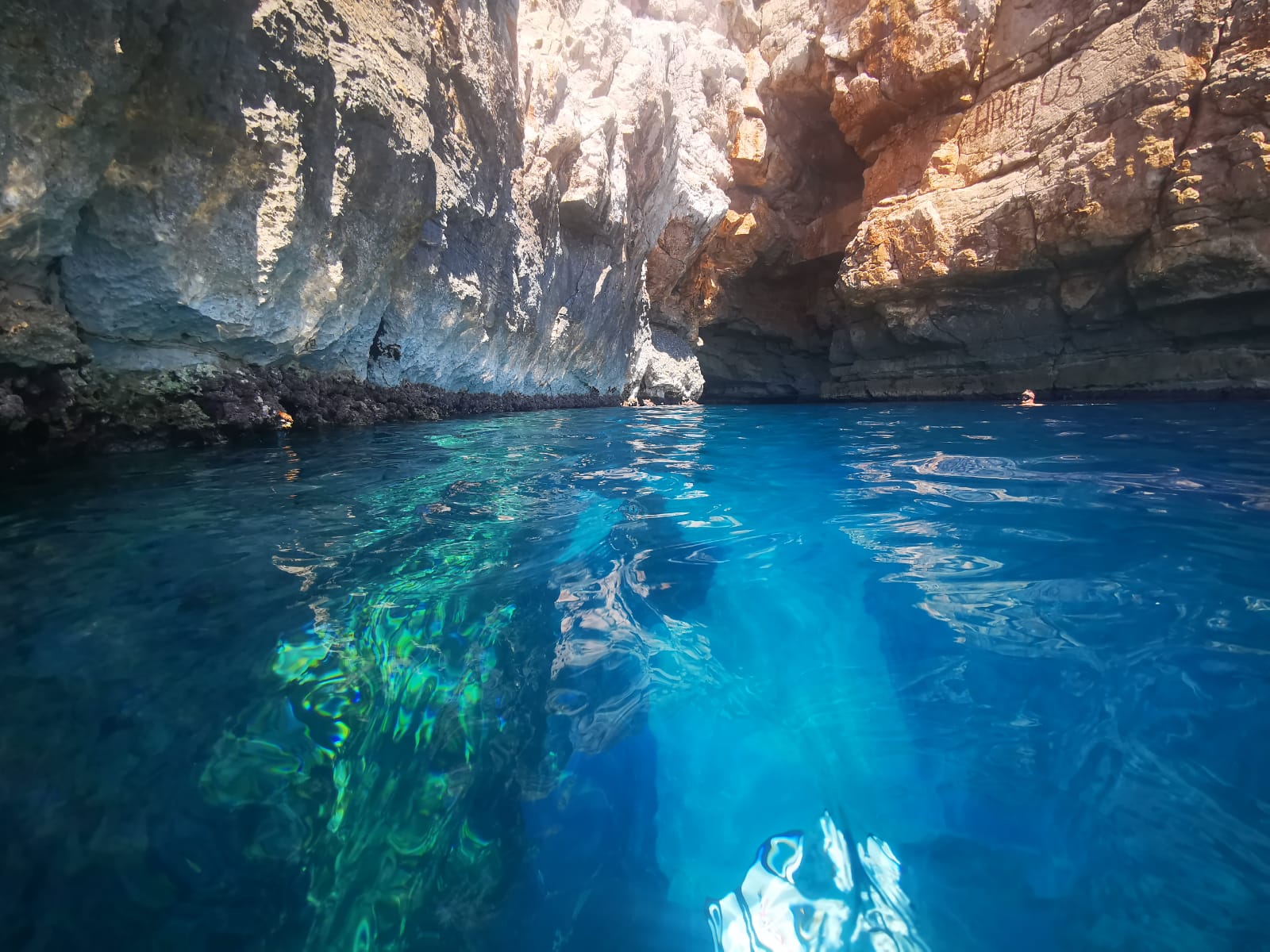 Odysseus cave from the inside by VIP Holiday Booker

You can also visit the townPolace,and see the remains of the Roman palace. The palace was built in the 5th century on the remains of a settlement built three centuries earlier, for the needs of a Roman dignitary on the property of the Empire, which enclosed Mljet until the end of the 12th century. 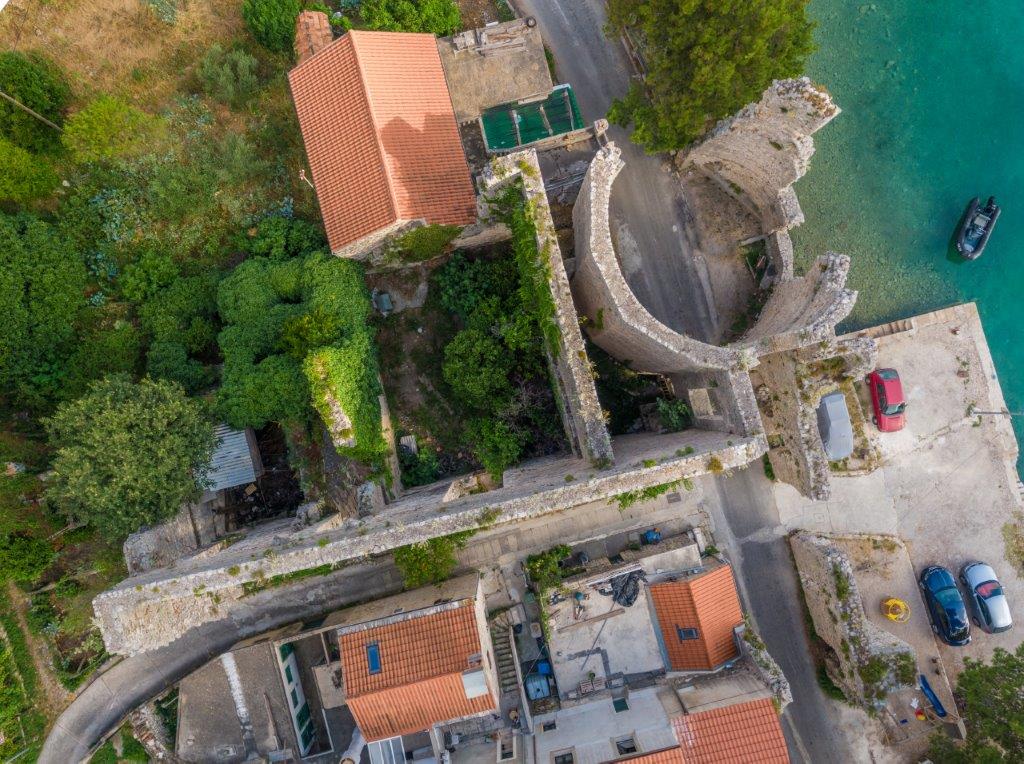 Roman Palace in the city Polace by

4. How to get to the Island Mljet

There are a lot of different ways to get to the Island, depending on whether you are traveling by car or not, and from where you are coming.

If you are traveling without a car, you can get to Mljet from Dubrovnik:

You can get to Mljet from Split and Korcula with Catamarans, also with Kapetan Luka.

If you are traveling by car you have car farriers from Peljesac Peninsula to Sobra with Jadrolinija. This ferry runs several times a day and has a journey time of 45 minutes, it is the only option available for reaching the island of Mljet if you have your own car.