Brijuni is actually a group of 14 islands located along the coast of western Istria, there are several groups of islands among which the most interesting, the largest and the most indented is the Brijun.

The National Park boundaries were set in 1999. They comprise the land, the surrounding sea with the seabed. The area covers 33.9 km2.

The length of all island coastlines is 46.8 km. The most indented islands of the group are Veliki Brijun (25.9 km) and Mali Brijun (8.3 km).

Brijuni represent a continuation of the western Istria, the so-called “Red Istria” ,from a geological point of view.

Islands of the National Park

Things to do and see on Brijuni 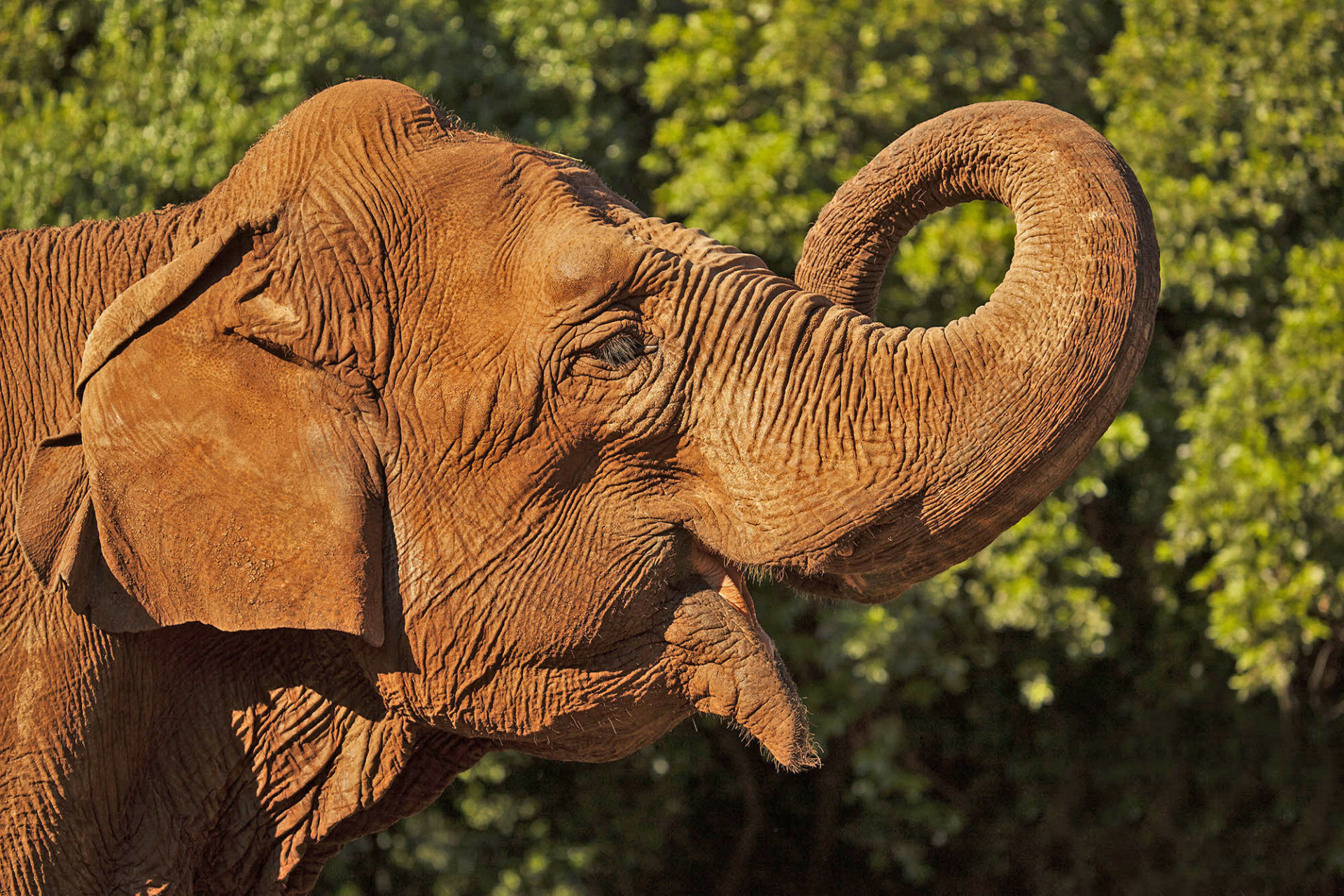 The favorite animal of the Safari Park by www.np-brijuni.hr/en

The Safari park stretches along 9 ha on the northern edge of Veliki Brijun. It has a peculiar mix of autochthonous Istrian and exotic South American, African and Asian fauna. In the safari there is a mix of flora, fauna, human action and animals like ostriches, peacocks, llamas, and South American camels. You can also find an ethno park in the Safari park with zebras, autochthonous animal species – the Istrian ox (Boškarin), the Istrian sheep (Istrian "Pramenka"), donkeys and goats. 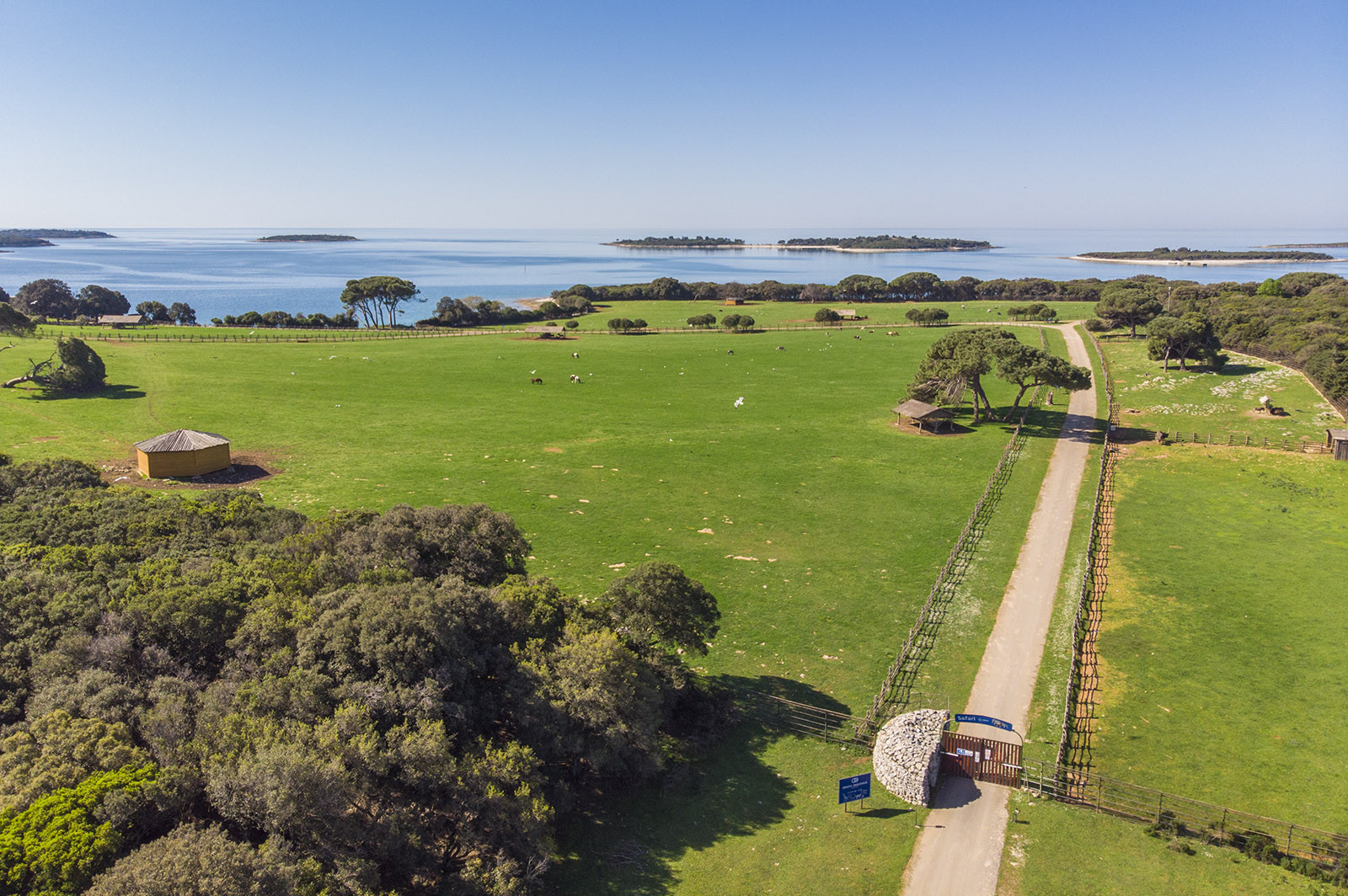 The Safari Park from above by 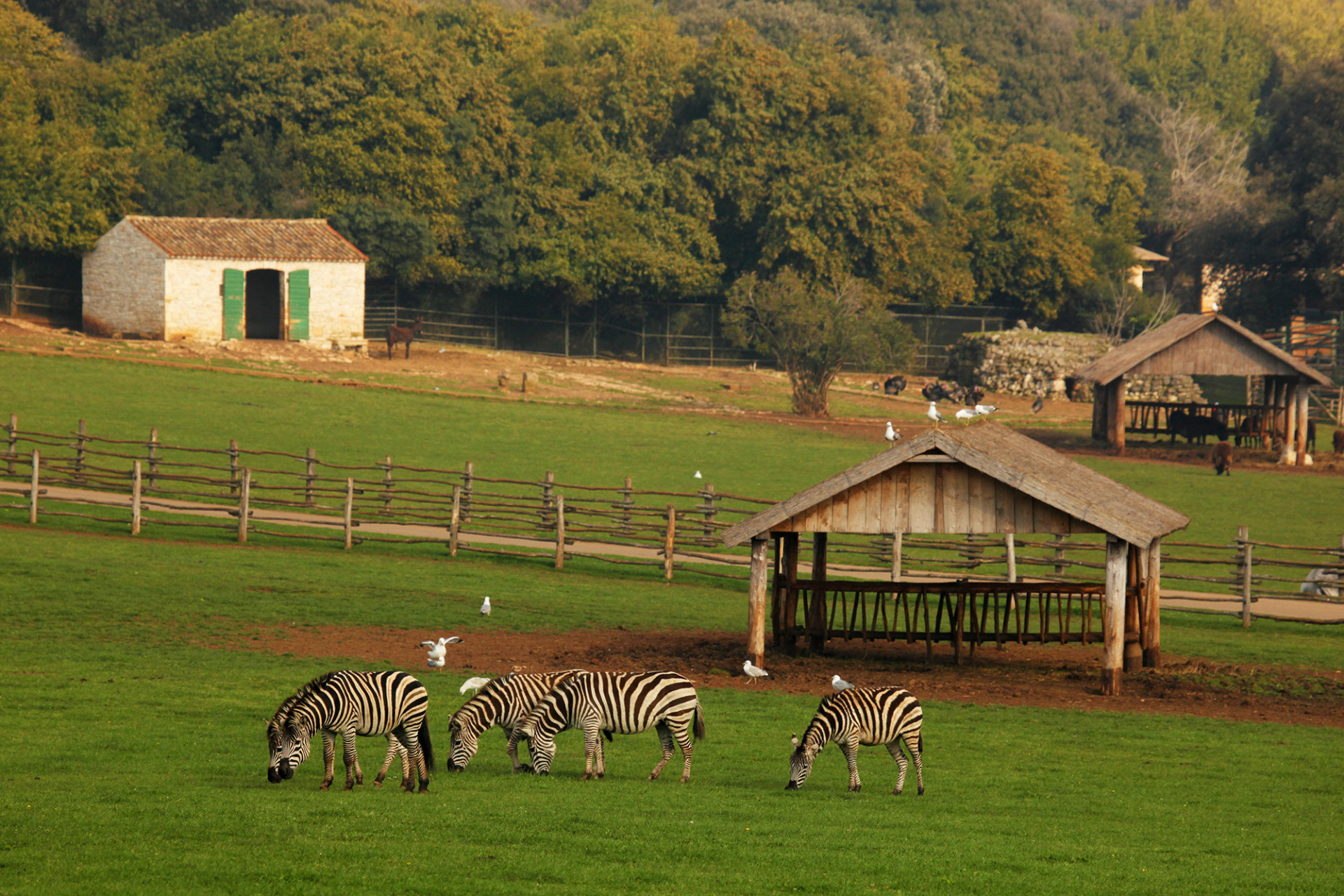 Zebras in the Safari park on Brijuni by www.np-brijuni.hr/en

The method used to identify how old trees are (carbon analysis), showed that the olive tree is about 1600 years old. During a storm in the 1970s the olive split open. The splitting "wounds" were preserved with concrete. The projection of the tree top is 22 x 8 meters, measuring the height of 6 meters. Even today the olive bears fruit, so it is used to produce olive oil. Appx. 30 kg of olives is collected, of which 4.1 kg of extra virgin olive oil is produced. 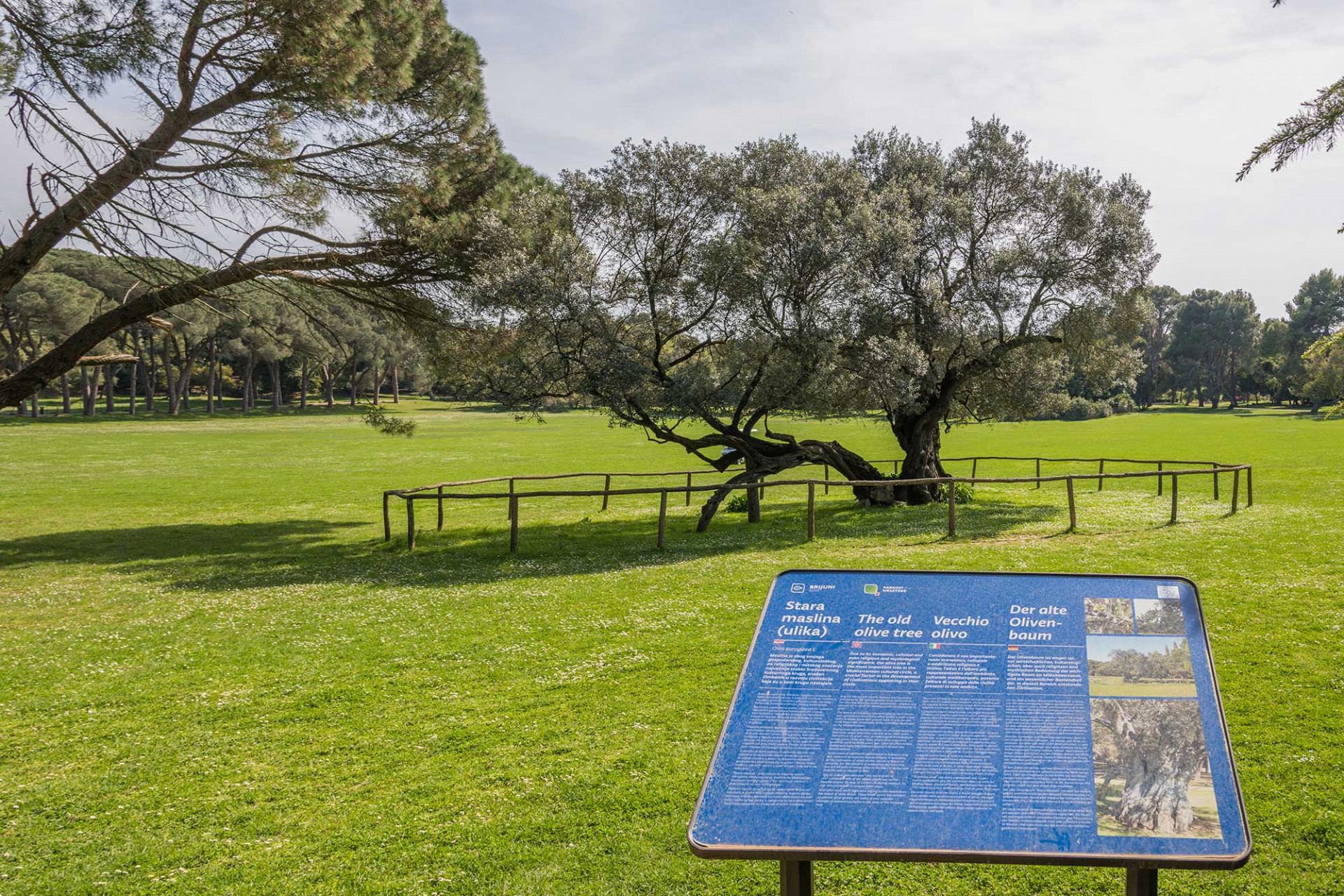 The Olive tree on Brijuni by www.np-brijuni.hr/en

Not long after the first villa in Dobrika Bay in the 1st century BC was built a new villa rustica was erected partly on the site of the first villa. Life in the villa went on until the end of the 4th century. At the beginning of the 5th century, there was a spreadout of the settlement, and for its protection, the defensive walls were erected. 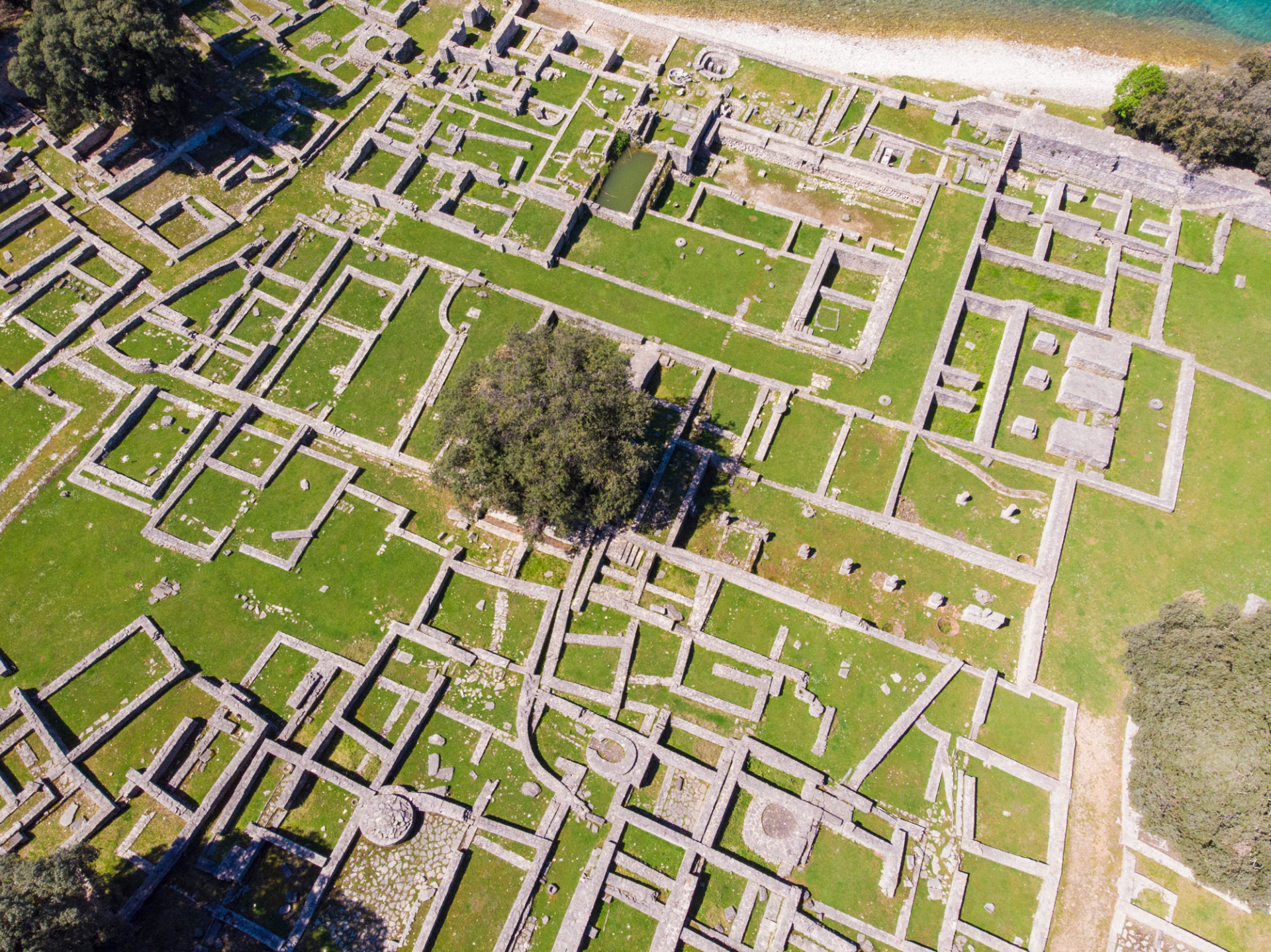 The Byzantine Castrum from above by www.np-brijuni.hr/en

St. Mary's basilica was built in the close vicinity so that it can serve the ceremonial needs of the numerous population of the Castrum, while the church of St. Peter was erected afterwards (6th century). The specificity of St. Mary's basilica is the appearance of the sanctuary ending with a rectangular apse. The last evidenced of life that was recorded in the Castrum was during the Venetian era. 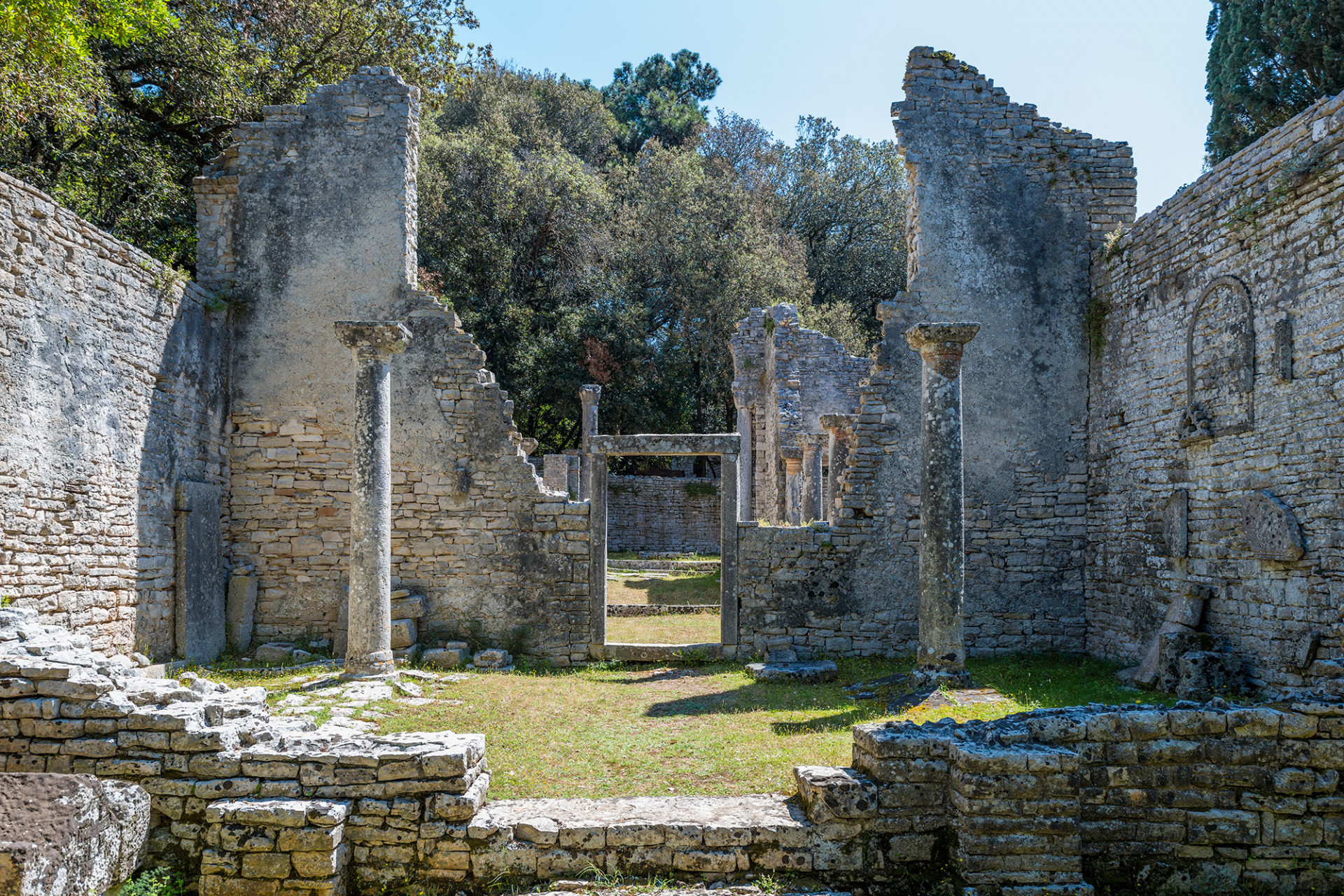 The Roman villa in Verige Bay

On the southern side of Verige bay once stood a summer residence, with an economic function, with two peristyles. A part of the complex were temples built in honor of the sea god Neptune, the Capitoline Triad and Venus the goddess of love and beauty. The Roman villa in Verige Bay is a part of the famous Roman Emperors Route that stretches through Croatia, Serbia, Bulgaria and Romania. It is 3.5 thousand kilometers long and promotes archaeological tourism.

Paul Kupelwieser and Alois Zuffar created the first planned and designed Mediterranean park in the Brijuni Islands. The Brijuni Mediterranean garden is now home to 169 different autochthonous and exotic plants (different species) labelled with QR codes so that you can learn more about the spicies. 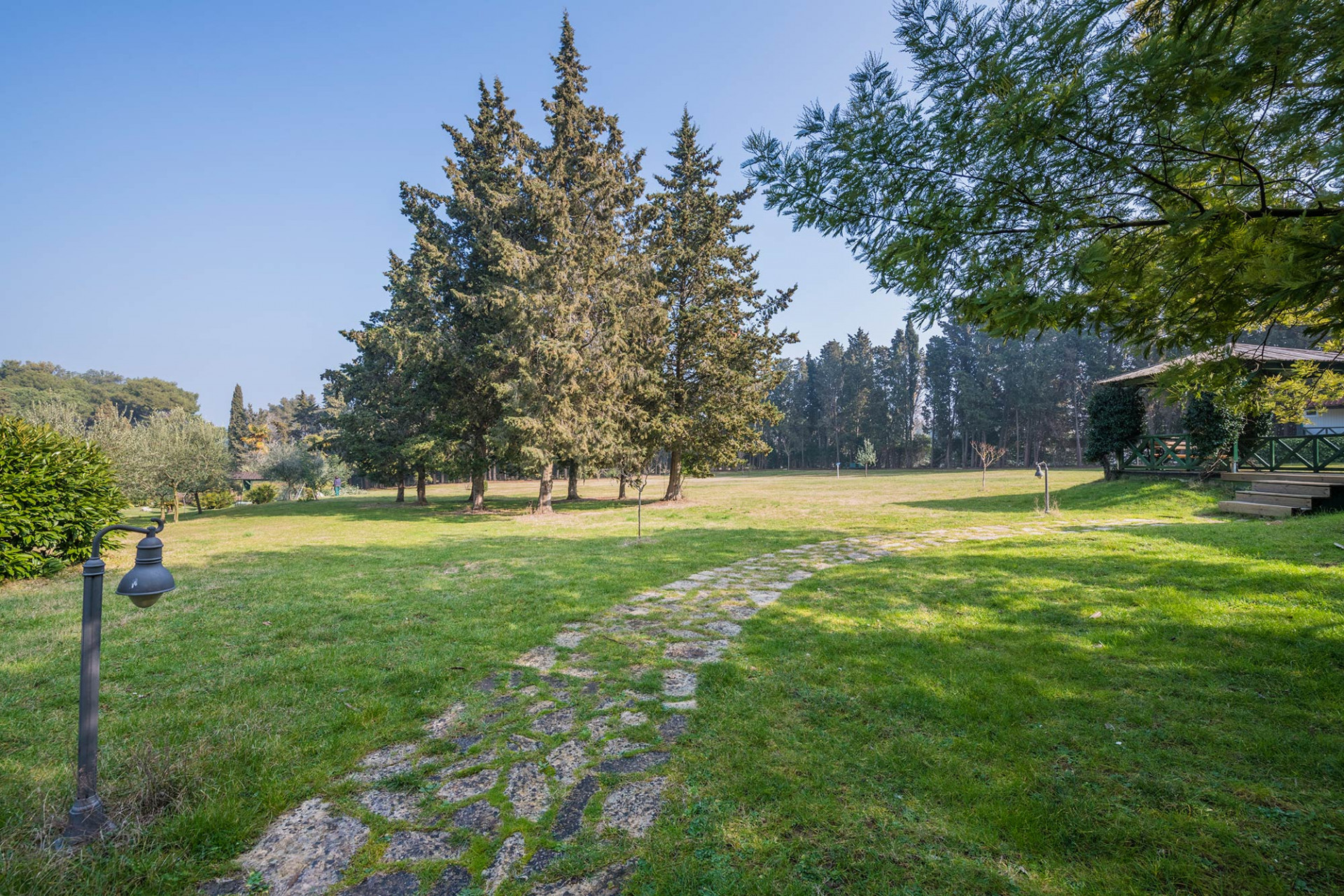 Other things to see in the National Park

You really have a lot of thing to do and see in the park, you have the Educational underwater trail that lasts 45 minutes and starts in Veli Brijuni in Verige Bay. If you love the sea it is a perfect choice. If you are more of a land lover you have the Bike trail that is 13.3 Km long, the road is asphalted, and accessible even to those that do not have much cycling experience. It leads you through exhibition areas, the golf course, various facilities…One of the most popular sights is Tito´s Cadillac that can be rented, lots of famous people visited and took pictures there. Another famous place to visit is the Boathouse where the island doctor was living that’s why it is also called the Doctors house. 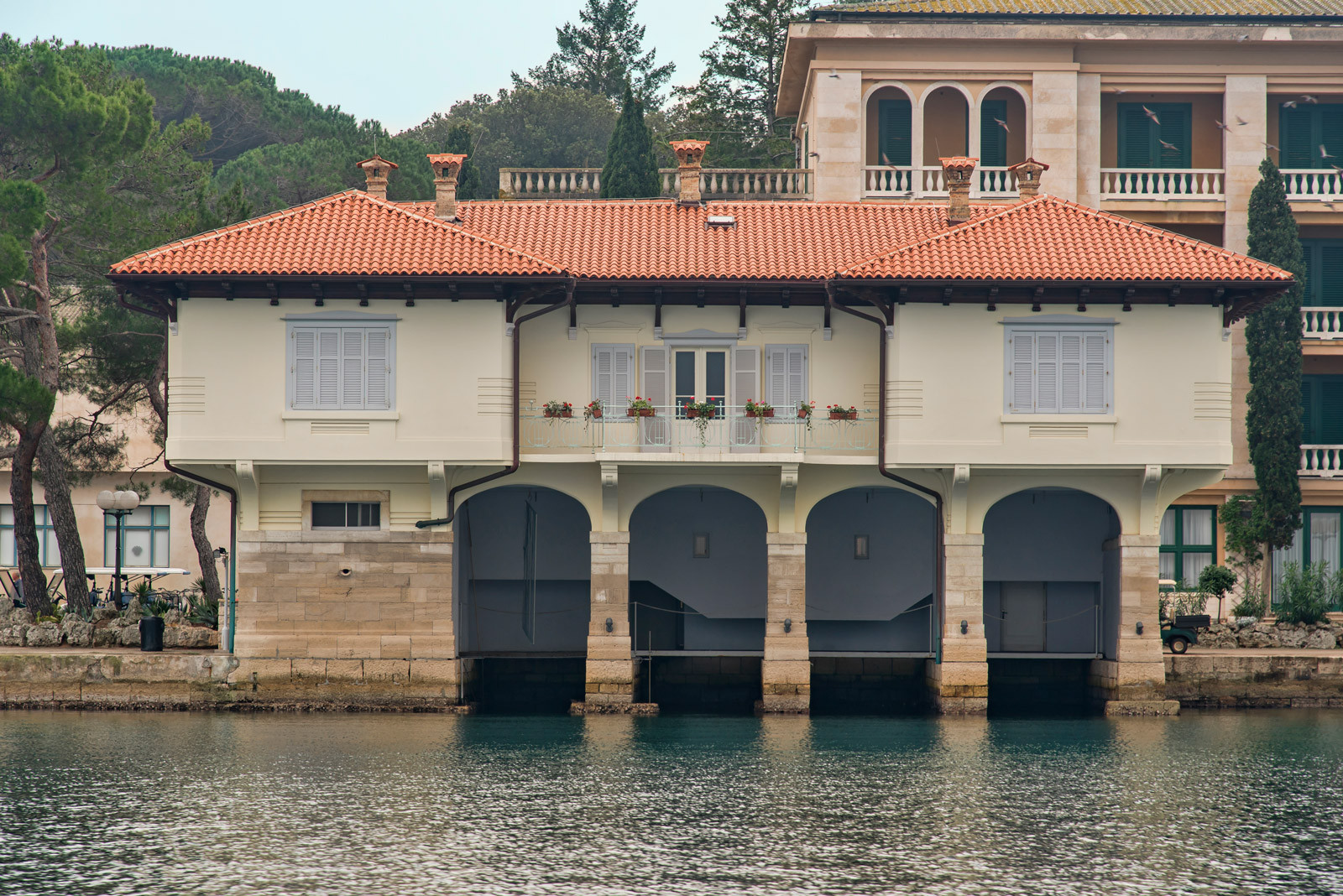 Restaurants and Cafés on Brijuni

Here are some restaurants and Café bars located on Brijuni, where you can go eat, drink and relax to power up before you can go on exploring the island:

How to ge to Brijuni

The Brijuni Islands are located in Istria, north of the entrance to the Pula Port.

You can drive with your car all the way to Fažana, a small city near Pula. The very good traffic connections enable comfortable driving on the Istrian Y highway (“Istarski ipsilon”). There are traffic signs on the road that clearly indicate the direction and the distance to the Brijuni Islands.

To get to Brijuni you have to board a boat in the town of Fažana, it’s a 15-minute drive. You will find a jetty from which the ship departs, before boarding it is necessary to buy tickets at our office in Fažana, or you can buy the tickets online.

I hope you found this blog exciting, helpful and that it will make you wish to visit the National park. There certainly are a lot of options for different types of people. Everybody can find something to do on the island.